Uriah Hall: The Only Direction is Up 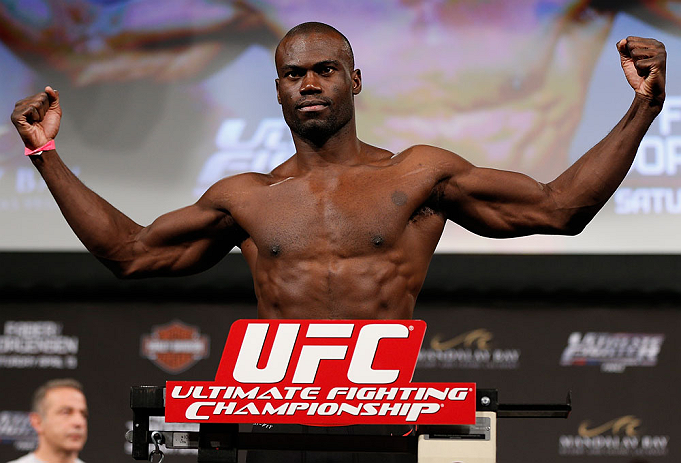 In martial arts, the practitioner is a student to the discipline.

While the physical essence is honed and the body becomes the conduit for how the art manifests, the mind is the where the deeper aspects of the form are gardened.

In the ever-shifting environment of an MMA cage, many of the learned traits still apply, but they have to be form-fitted to meet a variety of challenges which can come from any angle, at any moment.

For New York’s Uriah Hall, adapting is the challenge at hand. The skill level he possesses is obvious—painfully so to those who faced him inside The Ultimate Fighter house—but now the TUF finalist is stepping officially stepping into the UFC fold, where every move is critical.

More so than any fighter that has come off the reality program in the past several years, Hall will carry an amount of expectations befitting an established contender. Whether this is the byproduct of the promotional sell, or TUF coach Chael Sonnen’s comparisons of him to recently dethroned middleweight king Anderson Silva, the 28-year-old has already dealt with the tides, both high and low, before his place on the UFC roster was official.

Touted as the heavy favorite going into his TUF 17 final bout against teammate Kelvin Gastelum, the six-figure contract appeared to be already sitting in Hall’s hands. But while this sentiment may have been echoing throughout the UFC fan base, Hall knew he was walking into a difficult challenge, and one which very well could shift the ground below him. And that is precisely what happened.

For three rounds, Gastelum avoided Hall’s power strikes and attacked his legs, pulling him down to the place where the 22-year-old Arizona product had the advantage. When the final bell sounded, Hall watched as the judge’s decision split in his opponent’s favor, and prepared for the onslaught of criticism that was swelling on the horizon.

That being said, the martial arts have provided Hall with a personal template of discipline and allowed him to remain a constant student of the greater experience. He has done the work to ensure his next step into the UFC fold will be a successful one, and he will be looking to earn those stripes when he faces John “Doomsday” Howard on August 17 at UFC Fight Night in Boston.

“I’m very excited going into this fight,” Hall said. “I know for John [Howard], he’s getting a chance to get back into the UFC, and he’s also fighting in front of his hometown. It’s a big plus for him, but I’m not going to let that bother me. I’m excited about this and I’m ready to go out there and put on a show.

“I know John is a strong fighter and he’s going to come forward. He’s coming in there to bang and I’m a very technical fighter. I like to pick guys apart and I don’t think John is going to beat me at all. I’m well equipped and have a lot of weapons in my arsenal. I have a lot of stuff I haven’t even displayed yet. Going into the Octagon is only going to give me an added chance to do that.

While Hall may have come up short in his bid to become the next Ultimate Fighter, he refused to let the experience break him mentally. In Hall’s mind, it was one step on what will be a lengthy journey, and rather than allow his mental game to get caught up in the pressures of expectation, he set about fixing the elements of his game that allowed Gastelum to gain the edge in Las Vegas, and what will undoubtedly be a proposed blueprint for his future opposition.

In order to keep the progression rolling on all fronts, Hall moved his training camp to southern California to work with Mark Munoz and Co. at the middleweight contender’s Reign Training Facility. Working alongside the “Filipino Wrecking Machine,” Jake Ellenberger, and fellow transplant and TUF coach Chael Sonnen, Hall believes he is taking the necessary steps to ensure his personal growth continues.

“I’m training at Reign for this fight and it is a great environment,” he said. “The vibe has been perfect. I’ve been working on what I need to work on, which is my wrestling and my ground game, and just improving on the skills I already have. I’m trying to be a complete mixed martial artist.”

Where the majority of fighters coming off the reality program are simply looking to establish traction in the UFC, Hall’s situation comes with a different set of circumstances. While his situation is similar to his peers in the sense of gaining footing, the lofty expectations that surround him create something entirely different.

But rather than use those elements for inspiration, Hall has found discarding them and embracing his own path to be a better fit.

“It’s not really motivating, it’s just pressure, and that is something I don’t really need,” Hall said. “I don’t focus on that because it will just distract me and take me out of my element. I just need to focus on myself as a fighter and improve overall.

“I absolutely think this next chapter is where it starts in Boston. I’m coming off the fight with Kelvin, a lot of people had their opinions and views, but that happens with every fight. You take what happens and you learn from it. I feel I have improved drastically since then and I can’t wait to get to the next level, where I can put what I’ve learned on display.”

This Saturday night in Boston, Hall will enter the Octagon in search of his first visit to the win column as a UFC fighter. While there is a tremendous amount of potential hovering overhead, Hall realizes those things are meaningless unless he can show and prove. That being said, his quest for improvement goes beyond the cage, and Hall’s true motivation is to become the best he can be in all aspects of his life.

“What matters most to me as a fighter and as a man is improving on a daily basis,” Hall said. “Whether it’s in the martial arts world or as a man, and I learned a lot about that from being on the show with Chael. Being in that TUF environment taught me to step out of my comfort zone, and when I choose to do that, it makes me improve, because when you are used to something so much, it’s hard to see things from the outside. I love to think outside the box and I’m looking to get better overall, as an individual and as a fighter, and that is what I’m focused on right now. If I keep doing that, there is only way to travel. That is up and that is the direction I’m going.”