"I don't care who I fight. Late replacements don't bother me at all." - Uriah Hall 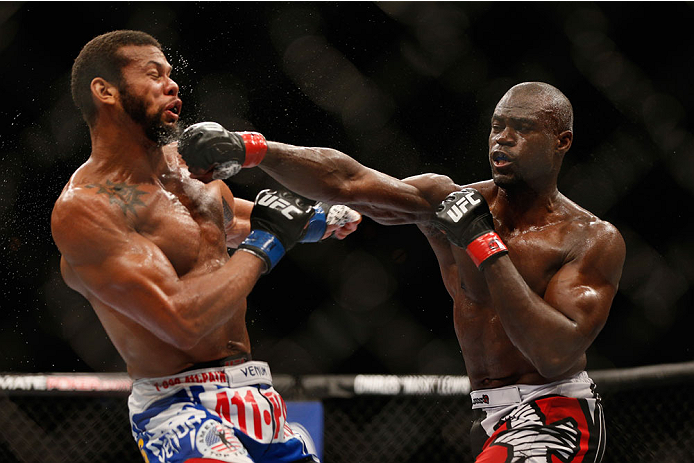 When Uriah Hall was set to face fellow East Coast fighter Costa Philippou, he was understandably excited. After all, Philippou is a name fighter, it was a chance to avenge a 2011 loss, and notching a win over him could have upped Hall's standing in the 185-pound division of the UFC.

"But then he got hurt," Hall said, referring to the rib injury that forced Philippou out of UFC Fight Night: McGregor vs Siver this Sunday night at Boston's TD Garden.

In stepped Louis Taylor, a 35-year-old journeyman who spent some time with Strikeforce on the Challengers series. However, it wasn't long after the fight announcement that Taylor pulled a muscle in his back, and was subsequently pulled from the fight. 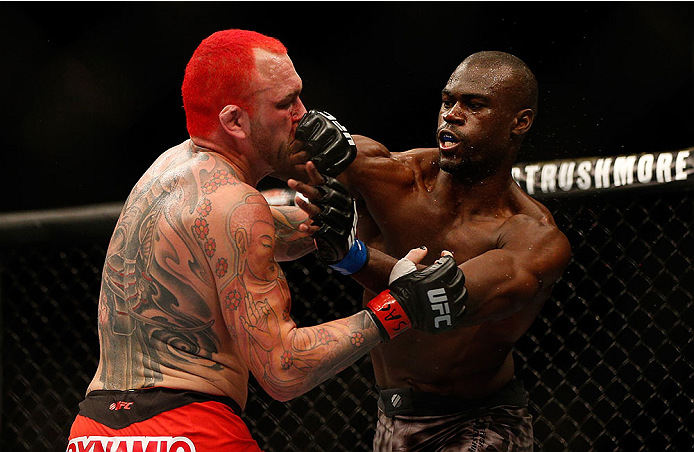 "I don't care who I fight," Hall said. "Late replacements don't bother me at all. My game plan is always just to fight, so whoever is standing across from me on fight night doesn't matter to me. I just focus on my own technique and my own training."
> Watch: Uriah Hall vs. Chris Leben on UFC FIGHT PASS

Training for Hall these days is in Las Vegas, with the ever-growing Xtreme Couture camp, home to fighters like Miesha Tate, Evan Dunham and Ray Sefo. Hall's main coach is Robert Follis.

Follis, a member and coach at Team Quest and a Brazilian Jiu-Jitsu black belt in his own right, has coached several champions, including Randy "The Natural" Couture, Dan Henderson and UFC vet Ed Herman. Follis has been busy building a great team at the esteemed MMA gym.
"My ground game is so underrated," Hall says. "Coach Follis has really shored me up in the jiu-jitsu game, so my game plan is to just let the fight go where it goes. Of course I'm going to be looking for the early knockout, but if he can weather the storm maybe I'll showcase some never before seen skills in there, you never know."
It's always frustrating for fighters when opponents are forced to back out of fights. Camps are built around opponents, and fighters often bring in partners who can emulate their opposition, so understandably, when that opponent changes, things can get a little tricky. 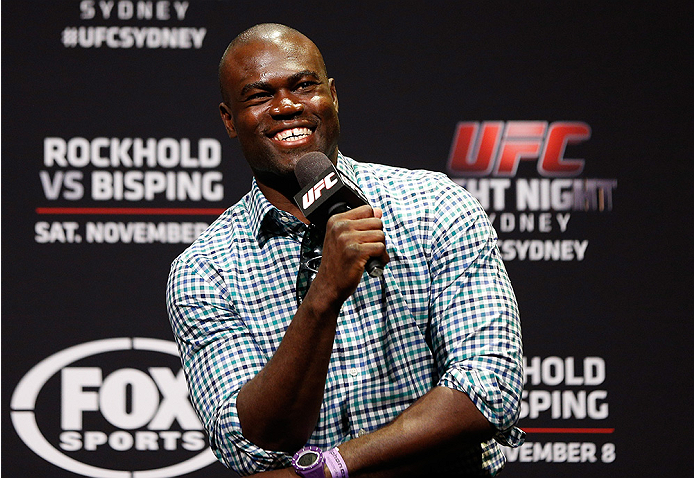 "I'm kind of pissed off about it," Hall said. "But it's the fight game. These things happen. I fight hurt all the time. I don't back out of fights. Whatever, I'm just looking forward to getting in there. Fighting in Boston, I have a lot of family on the East Coast so I'm excited to fight in front of them again."

Stallings will be making his UFC debut, but the Lloyd Irvin-trained fighter has an excellent wrestling background, something that "Prime Time" doesn't have too much experience with. Hall isn’t worried.

"My jiu-jitsu has gotten really good." he said.
> Check out the full UFC Fight Night: McGregor vs. Siver fight card