Uriah Hall Is Far From Being Done

Heading into his last fight, Uriah Hall believed he was on the cusp of challenging for the middleweight title and getting the opportunity to share the Octagon with Israel Adesanya that he’s been craving since “The Last Stylebender” raced to the top of the division and began turning back challengers that attempted to force him from his throne.

Hall entered that July 31 fight with Sean Strickland on a four-fight winning streak, having turned a corner since connecting with the team at Fortis MMA in Dallas, and saw a win over the equally ascending Strickland as the victory he needed to land him opposite the middleweight titleholder.

A couple minutes into the contest, Hall couldn’t see anything out of one of his eyes.

“I broke my orbital in the first round, couldn’t see him for 25 minutes,” said Hall, who makes his first start since that contest this weekend against surging Brazilian Andre Muniz on the UFC 276 prelims. “The whole fight was me trying to survive because I had one eye.

“I was trying not to freak out,” continued the 37-year-old. “Round-after-round, I’m trying to act all cool because I don’t want them to stop the fight, but it sucked, and right after, I went through this depression because I was like, ‘It makes no f****** sense,’ and it lasted for months. Months.”

The thing with depression and anxiety is that they’re not logical and, for many, dealing with them entails far more than just understanding that the things you’re telling yourself in your head aren’t real.

I know this because I deal with it every day, and have spent countless hours working to learn strategies to combat the debilitating negative thoughts that can leave me feeling crippled and unable to accomplish tasks I’ve completed hundreds of times over. It doesn’t matter how many times someone tells you, “Everything is okay” or you assure yourself that whatever happened “isn’t the end of the world,” because internally, that’s exactly what it feels like. 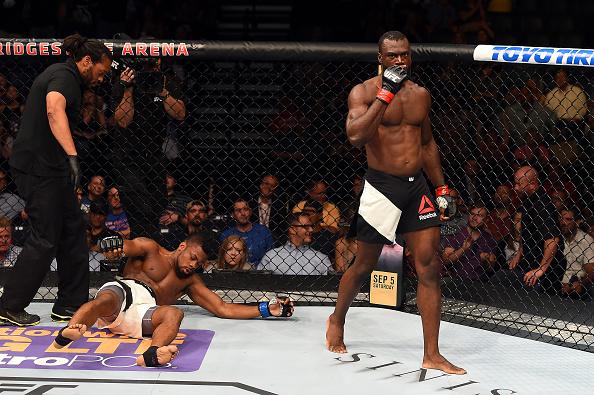 For Hall, that defeat meant is chance to fight for the title vanished, and because it happened so quickly — before he even got the chance to show he was up to the task and capable of defeating the still ascending Strickland — making sense of what transpired and working back from inside the dark recesses of his mind was a long, difficult task.

“It was hard to get out of it because it didn’t make sense,” said Hall, who credits the patience and support of his inner circle and family members for helping him work through his depression. “I felt like that fight was the fight to get me to the title shot. I think I’m the guy to beat Izzy — he’s out here outclassing dudes, and I feel like I can beat him, but I felt like I lost my shot.

There were plenty of tears and internal battles; the loudest voice in his head telling him to quit, shouting, urging him to walk away as a soft voice in the background whispered, “You can’t quit. You’re not allowed to quit.”

He struggled, trying to find a way to make everything make sense before a conversation with his mother and a lesson she instilled in him long ago helped him start moving forward again. 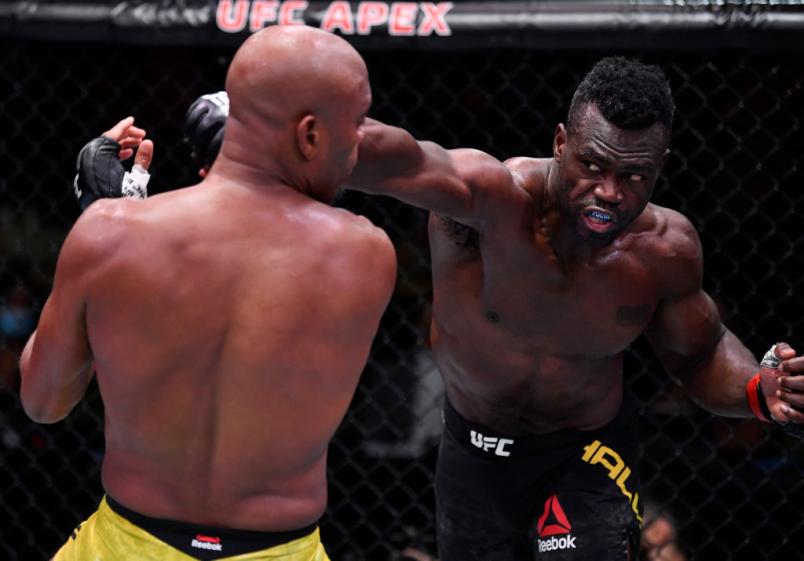 “The main thing was the patience my friends had with me because there were moments where I was like, ‘I don’t want to f****** hear this!’ and they still stuck with me, because they knew,” said Hall, an appreciative laugh for all his friends endured chasing his words. “There were things that I didn’t see, and they were patient.

“And my mother, God bless her, she said to me, ‘I know you lost that fight, but you don’t know what God was protecting you from. You have to pay attention.’ That’s the best thing my mom taught me is that in the worst situation, there is still a lesson.

“It took me a while to figure out what I had learned, but I learned that I’ve never been in the fire before,” added the 37-year-old veteran. “I lost the fight, but I feel like I won the battle with myself because by round two, round three, I was like, ‘I’m done. I can’t see this mofo, he keeps hitting me, and I’m taking all this damage that is making it worse.’”

He soldiered on then, and he’s soldiering on now as well.

In the 11 months since that fight with Strickland, Hall also discovered that he suffers from a form of beta thalassemia, a collection of blood disorders where red blood cells struggle to produce oxygen, which results, in Hall’s case, in his tiring quickly.

He thought about not disclosing the diagnosis — “No one gives a f**k!” he said with a laugh when telling me — but he found strength in learning about the issue and addressing it properly while still wrestling with thoughts of calling it quits. By refusing to allow this long-standing condition to be a crutch or a ready-made excuse for coming up short, it reinforced his drive to get back in the gym, back in the Octagon, and back into the thick of the title chase in the middleweight division.

Muniz insisting that he wanted to wait to face Hall when their original engagement in April was postponed didn’t hurt either.

“He’s trying to utilize this opportunity to get to where he wants to go,” he said of the Brazilian submission specialist, who has earned eight straight victories, the last four of those in the UFC, and the last three by way of first-round armbars. “He posted some video about ‘hard work beats talent,’ and it’s like, ‘M*****f***** I’m talented and I’m a hard worker; you can’t beat that.’

“He’s in for a rude awakening and I’m looking forward to it,” continued Hall. “He thinks I’m an easy fight, that’s why I was like, ‘Okay, it’s personal now.’ You’re going to wait for me when you had an opportunity to fight someone else and get paid? No problem.”

The Jamaican-born middleweight lets out a deep satisfying laugh, thrilled to have navigated the mental gauntlet that dominated the first half of his nearly year-long hiatus from the Octagon and eager to feel the canvas under his feet once more this weekend and show everyone that he’s still improving and the best is yet to come.

“I feel like I’m Benjamin Button,” he said. “I’m older now, I can’t make too many mistakes, but I’ve learned so much and my body feels different. I’m so fast.

“The main thing I was training this camp was to be calm, and I haven’t been calm in so long because the mind is beautiful, crazy chaos. I’ve learned to stay calm, but I didn’t train that for a long time because I was doing so much punching and kicking.

MORE UFC 276: Israel Adesanya Aims To Clean Out The Division

“The last thing Anderson said to me when we were kneeling with each other was ‘train your mind,’” continued Hall, sharing insights from his tearful post-fight conversation with his idol, former middleweight champion Anderson Silva, following their battle on Halloween two years ago; Hall won by fourth-round technical knockout. “He told me, ‘Your mind is a powerful tool, you can get to where you want to be; I know you have it in you. You can be world champion — train your mind,’ and (now my mind has) finally caught up (with everything else).”

Throughout this last year, Hall has looked for ways to reframe what he’s been through — better ways to address situations he encounters in order to take control of them, rather than allow them to control him.

He’s settled on “changing my lens,” a popular phrase of Fortis MMA head man Sayif Saud, whose structure, guidance, and friendship has helped the former Ultimate Fighter finalist tap into the skills that have carried him into the Top 10 in the middleweight division.

Everything That's Happening In The Middleweight Division

“Life is happening — you either happen with it or happen without,” said Hall. “Things are going to happen, and it’s how you receive those things that are happening to you that determine the narrative.

He paused, letting the question sit in the air.

“Yeah that stuff happened to be, but did it give me a step back or did it put me in a position to better myself? Did I lose or did I learn?”

New lens, but the same focus: Uriah Hall is far from being done.