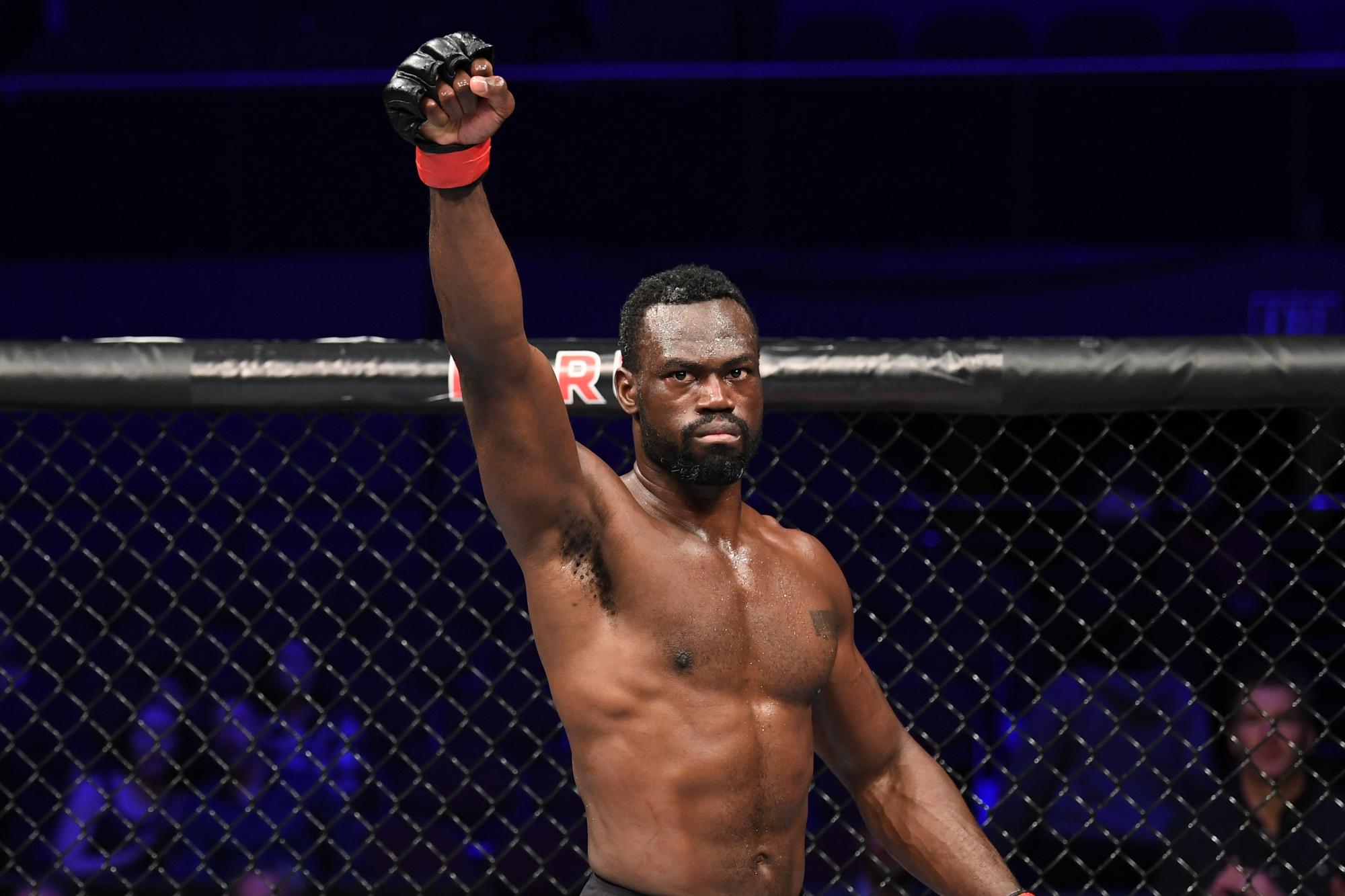 Uriah Hall Is All In On Dana White's Contender Series

“Every season you get guys that you look at and ‘this guy could be pretty good.’ and if I had to sit here and pick a guy right now, Uriah Hall, I would say. When I watch this guy I go, ‘where the hell has this guy been and why have we never heard of him?’”

With praise like that coming from UFC President Dana White just before the most notorious knockout in TUF history, Uriah Hall knows firsthand the meaning of being a UFC rising star. Eventually climbing his way into the top ten in the middleweight division Hall still finds himself actively in the mix.

“It’s fresh, it’s new and it’s exciting,” Hall said. “It’s kind of like a death match because there’s only one contract to be given out and it’s like that do or die moment. It creates that, ‘who’s going to get it?’ atmosphere. I’m all about that.”

Hall has made himself such a staple in the crowd that he now has a fixed spot Octagon side that is rendered useless due in large part to Hall’s extroversion.

“The coolest part is that I get to see the fighters after the fight,” Hall said. “I’d rather be there and interacting with the fans. They gave me a seat, but I don’t like to sit down away from everybody.”

The story of Hall’s weekly trips to the Contender Series doesn’t end with him experiencing his fun for the week and going home. Hall is also consistently in position to speak to the losing fighters. A position he wouldn’t miss for the world.

It’s not uncommon for an athlete to regurgitate the same cliché about having a love for the game or how they wouldn’t miss a game for the world. With Hall, there’s strong proof he wouldn’t miss Dana White’s Contender Series for anything.

“I actually skipped a dinner one time for Contender Series,” Hall said. “It was the taping of Gordon Ramsey. I don’t want to see this dude yell at somebody, I want to see somebody punch somebody in the face, so I skipped out on that.”

Although he is admittedly hoping for a rescheduling, Hall isn’t too concerned because few things excite him more than telling his friends and family, he was Octagon side to see fighters like Sean O’Malley, Nick Newell and many more begin their journey to UFC stardom.

Check out the fights that have stuck with Hall along the way and have him just as excited to leave his reserved seat behind for season 3 of Dana White’s Contender Series!