The Fighters Who Shocked Audiences Worldwide Through The First Six Months Of The Year
By Thomas Gerbasi, on Twitter: @TGerbasi • Jun. 29, 2021

Today, it’s the biggest upsets of the first half of 2021 and how we saw them on fight night: 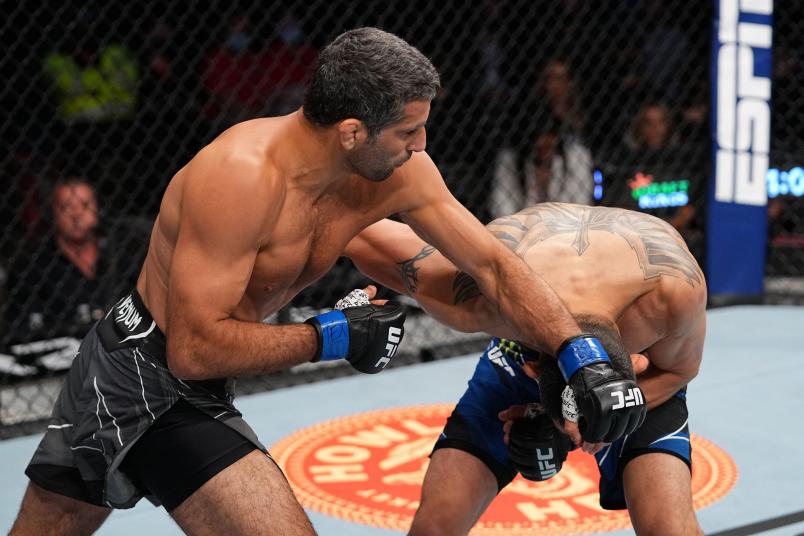 Beneil Dariush punches Tony Ferguson in their lightweight bout during the UFC 262 event at Toyota Center on May 15, 2021 in Houston, Texas. (Photo by Josh Hedges/Zuffa LLC)

Dariush put the pressure on Ferguson from the start and after landing several strikes, he put the fight on the mat in the second minute. Both fighters stayed busy there, but Dariush’s control from the top position until the end of the first round was the best visual for the judges.

The fight went back to the mat as round two began, this time with Ferguson trying to sink in a D’Arce choke, but eventually “El Cucuy” was forced to release the hold, allowing Dariush to resume his ground attack from the top position. A scramble with two minutes left put Ferguson in trouble as Dariush looked for a heel hook, but he was able to get free. Dariush’s lead was getting bigger, though, putting Ferguson in a position where he needed a third-round finish to win.

A slam by Dariush floored Ferguson once again, and the surging contender wasn’t about to let him back up. And he didn’t, as Dariush controlled the action once more until the final horn sounded. 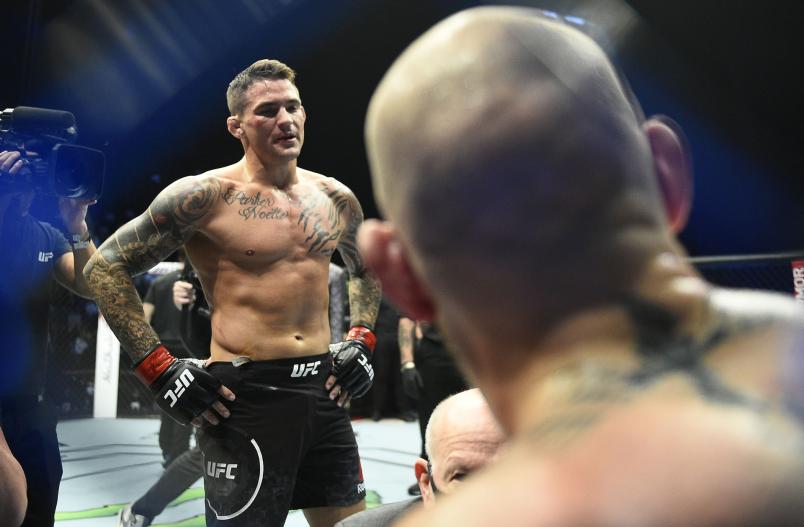 Dustin Poirier greets Conor McGregor of Ireland after his victory in their lightweight fight during the UFC 257 event inside Etihad Arena on UFC Fight Island on January 23, 2021 in Abu Dhabi, United Arab Emirates. (Photo by Chris Unger/Zuffa LLC) 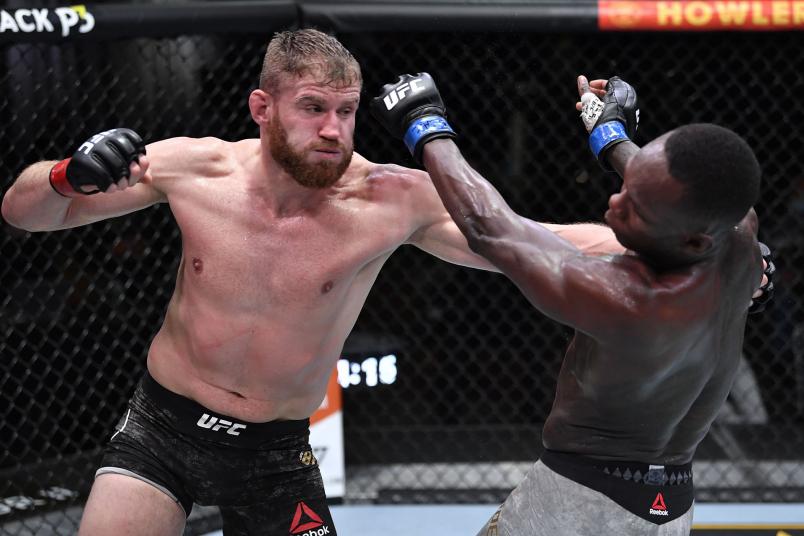 UFC light heavyweight champion Jan Blachowicz cemented his place atop the 205-pound division in the main event of UFC 259 with an impressive, workmanlike effort in defeating middleweight champ Israel Adesanya via unanimous decision.

In the process, he handed Adesanya his first pro loss and spoiled the Nigeria native’s attempt to become the fifth simultaneous two-division champ in UFC history.

Adesanya was the busier of the two as the fight began, Blachowicz marching forward and knowing that he only needed to be right once in order to end the fight against the 185-pound boss. Adesanya was giving him enough to think about, though, as he was leading the action and not waiting to counter.

The fight heated up in the second, with Blachowicz getting more aggressive with his attacks. Adesanya kept mixing up his strikes, and coupled with his feints, he was keeping Blachowicz off balance. Midway through the round, Blachowicz locked up for the first time with the challenger, but Adesanya broke free quickly and resumed his steady stream of kicks with the occasional punch tossed in. A low kick by Adesanya brought a brief halt to the bout with a little under 90 seconds left, but the fight resumed quickly, Adesanya remaining the busier fighter.

Blachowicz got off to a fast start in round three, landing some hard punches before scoring a brief takedown. That sequence seemed to fire up the challenger, who began scoring with more telling blows. With a little over three minutes left, Blachowicz clinched with Adesanya against the fence, but “The Last Stylebender” stayed busy and broke loose. Down the stretch, each fighter got in solid blows before a late clinch by the champion.

As the fourth began, Blachowicz clinched briefly before landing with a hard right followed by a stiff jab. In the second minute, Adesanya got flat-footed and fired away, but that opened him up for a Blachowicz takedown. Using his size effectively, Blachowicz leaned on Adesanya and got into side control with a little over a minute left. Strikes followed from the Poland native, who kept Adesanya grounded until the horn.

Blachowicz’ jab was sharp early in the fifth round, and Adesanya responded in kind, seemingly the fresher of the two fighters. But midway through the frame, the champion got a much-needed takedown. Adesanya tried to scramble his way free, but Blachowicz wasn’t having it, and he stayed busy, finishing the round on top. 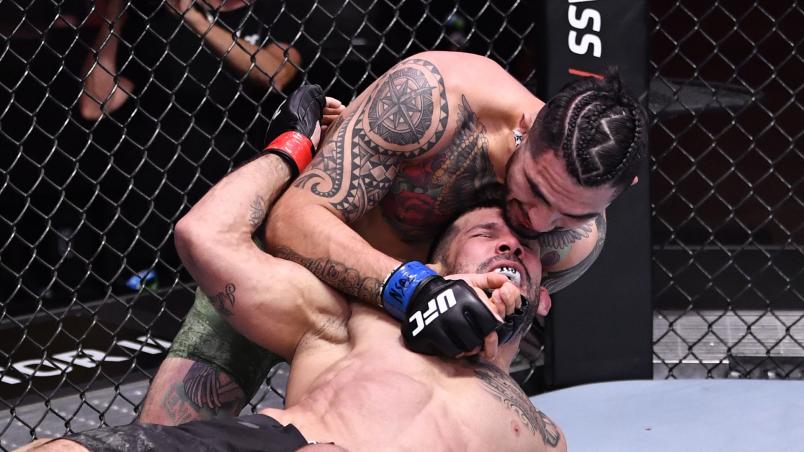 Vieira (7-1) dropped Hernandez to the mat within 20 seconds, and moments later he had Hernandez in deep trouble as he moved into the mount. Hernandez hung tough, forcing Vieira to look for an arm before the two rose to their feet. Vieira kept the pressure on against the fence, and once they broke with under two minutes left, Hernandez fired off strikes, rocking Vieira before attempting a choke. Again, they separated, and Hernandez had Vieira hurt and on the verge of a stoppage before the horn saved the Brazilian.

Hernandez (8-2, 1 NC) kept the heat on in round two, and he continued to rock the exhausted Vieira, cutting him with an elbow before getting him to the mat and stunning the MMA world by submitting the decorated jiu-jitsu black belt with a guillotine choke at 1:53 of the second frame.