Check out what to look forward to this week on UFC FIGHT PASS
By Walker Van Wey • May. 7, 2019

Prepare to, yet again, be overwhelmed with top-tier action this week on UFC FIGHT PASS!

You like making money? You like fighting? Tune in Thursday to UFC On The Line and catch the high percentage expertise of FIGHT PASS’s resident sharp, Gianni The Greek along with Brendan Fitzgerald and Michael Bisping.

Catch the trio as they break down UFC 237, argue a bit and make their gambling predictions for the card and if history has taught us anything it’s that there’s high benefit to tuning in for some expert advice. 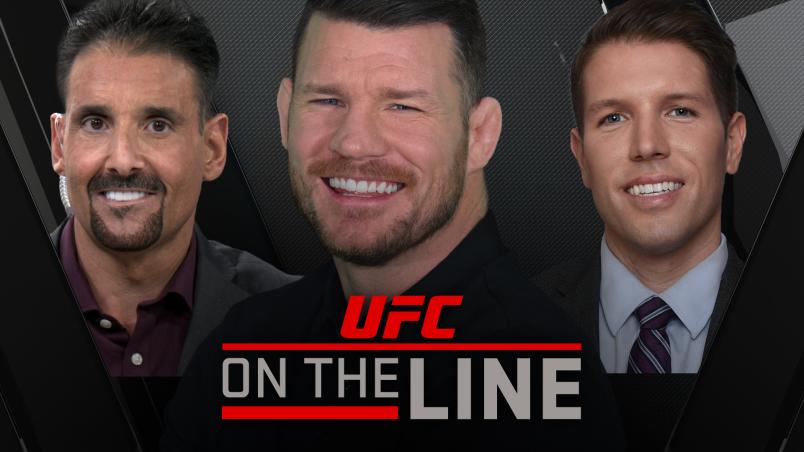 Former UFC heavyweight Chase Sherman is back in his comfortable spot as the headliner of Island Fights. Island Fights 56 will see Sherman and the rest of the crew that Roy Jones Jr. assembles for the Orange Beach, AL showdown on Thursday at 6 pm ET.

Following his first round TKO win at Island Fights 51, Sherman took a break that started immediately as he didn’t even wait for the gloves to come off before cracking open a beer in the middle of the ring.

Sherman returned immediately to Island Fights 52 where he scored another TKO in the first round. After a few shows worth of rest and another first round TKO in his sights, Sherman should have put away enough alcohol to shine even brighter this week.

Boxing is also back on FIGHT PASS with the debut of Murphys Boxing on Friday!

The card is Irish-heavy and with the notable history of the Irish appreciation for fighting mixed with the mainstream flair of Dropkick Murphys name power, it’ll be hard to find a reason not to plan your Friday around this debut.

While you’re at it, keep Saturday open too.

UFC 237 gets the action started right here with the FIGHT PASS Early Prelims kicking off at 6:30 pm ET. The 14-4-1 Sergio Moraes looks to bounce back from his March 9 loss and return to his Submission of the Night form against Warlley Alves.

Rounding out the week is the stacked card of Submission Underground 8.

For those not in house in Portland can catch the show starting at 6 pm ET. Two faces on the grappling Mount Rushmore collide as Dennis Hallman takes on one of the current faces of BJJ, Craig Jones.

Former UFC heavyweight champion, Frank Mir is back with a match against grappling staple, Fabiano Scherner. Following the heavyweight affair is the rematch Diego Sanchez has been waiting for for years as he looks to avenge his UFC on Fuel TV loss to Jake Ellenberger in the SUG co-main event. All of the bouts lead up to the main event between Austin “Mr. VanZant” Vanderford and former Strikeforce Middleweight Champion, Jake Shields.

The, arguably, most stacked event in UFC FIGHT PASS history is opened with tag team and couples grappling matches like most have never seen before.

One of the worst ideas out there would be to allow yourself to miss any of the FIGHT PASS action this week!