Watch the intense staredown between Conor McGregor and Jose Aldo in New York - Click Here
And don't forget, tickets for UFC 189 go on sale Friday, March 27 and they're going to go quick - Get details 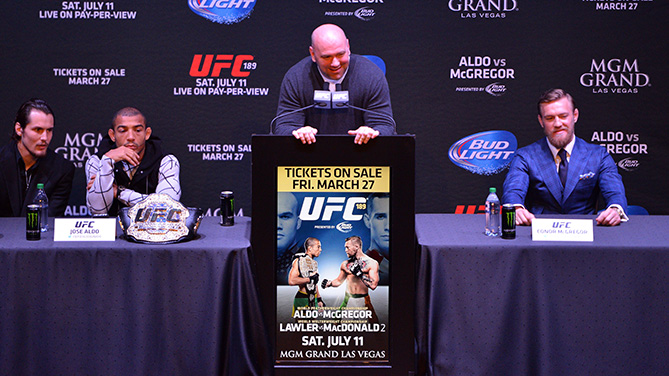 Thursday’s UFC 189 World Tour was all about looking good in New York City – and looking the part in a good suit.

Would Jose Aldo ever get his back from the cleaners in time? The UFC featherweight champion brought along two of his finest suits, all custom-tailored in Las Vegas in advance of this eight-city tour. But the one he picked for the New York stop at the historic Beacon Theatre was stuck in traffic in midtown Manhattan. No matter.
> READ: Boston recap | Los Angeles recap | Las Vegas recap | Rio de Janeiro recap

Aldo, as is his way, did not become ruffled. He is a champion at many things, among them keeping his cool when trouble arises.

That confident demeanor has served the Brazilian legend well during this often-combustible tour as each day, he has remained unflappable opposite his UFC 189 challenger, the fiery Conor McGregor. Aldo has absorbed stunning verbal blows that would rattle most men.
> WATCH: UFC 189 World Championship Tour: New York Recap 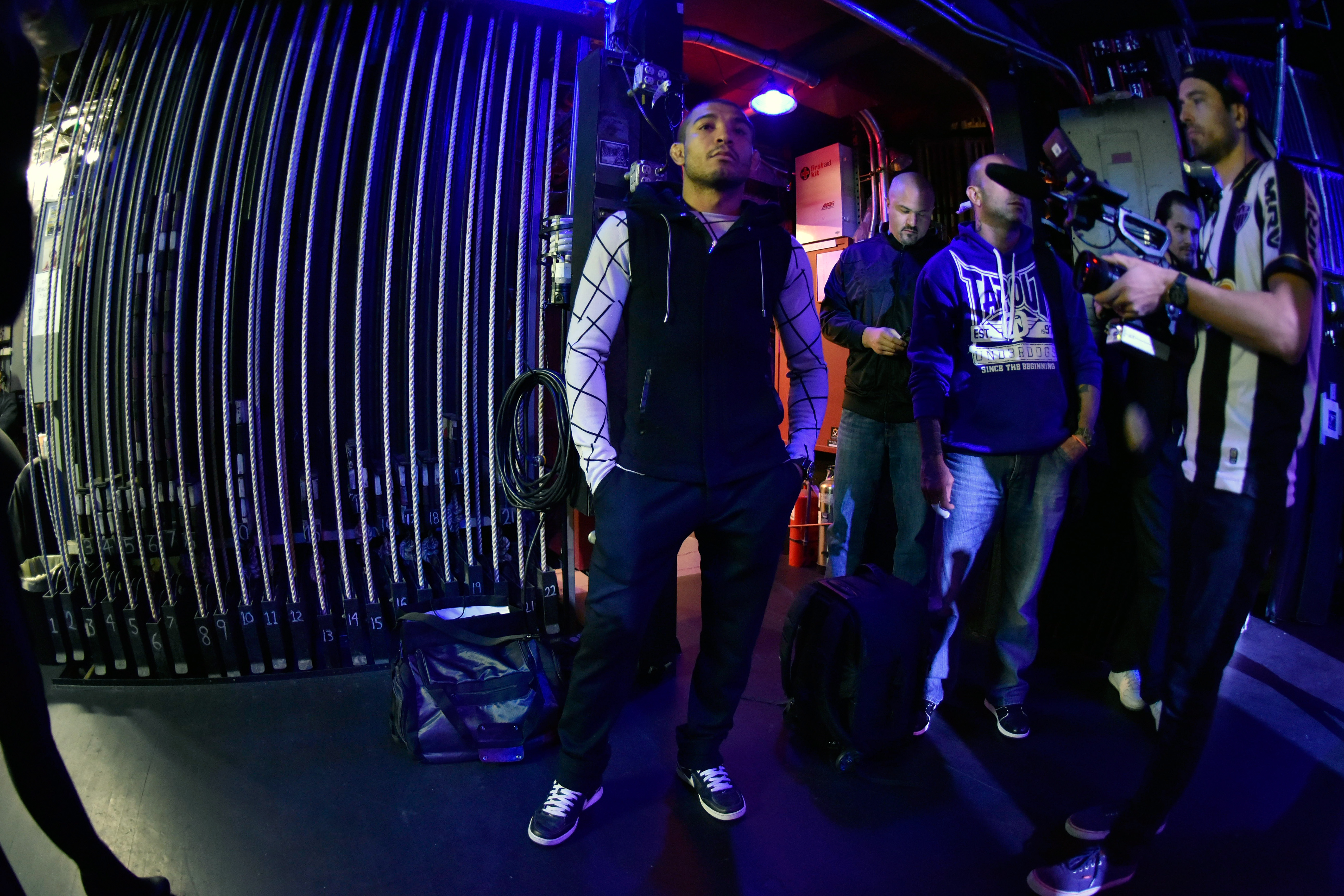 At the Beacon, UFC President Dana White once again was flanked onstage by both featherweight fighters as well as Robbie Lawler and Rory McDonald. Aldo and McGregor are simmering in his own way and each vowing to come away from the July 11 main event in Las Vegas with the championship belt Aldo has owned since 2010.

A McGregor fan asked Aldo if he would consider shaking hands with the brash Irishman “after he takes your belt.”

Aldo just shrugged his shoulders and smiled. He reached for the mic.

McGregor, who is carrying 11 bespoke suits with him on this tour, has carried himself with enormous swagger and a confident air of a gentleman who feels firmly in charge. And his forceful words became more direct on Thursday, as The Notorious MMA was bolstered by another massive contingent of Irish-American fans.

A young woman asked McGregor, “What’s your favorite thing about your UFC career?” 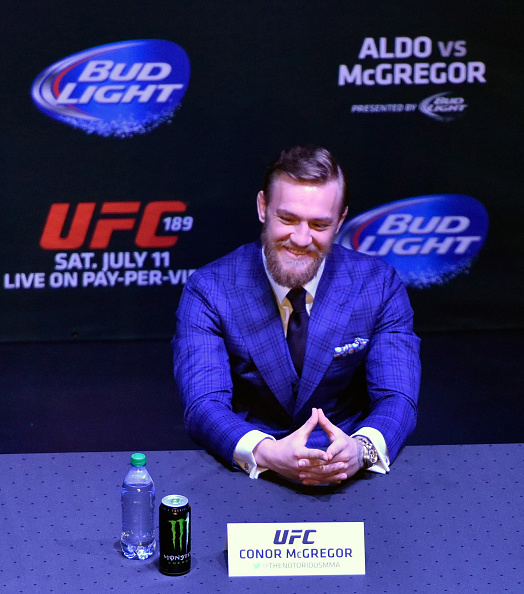 McGregor broke into a huge smile, slowly reached for the microphone, then replied slowly:

This main event already is a moneymaker. With tickets going on sale Friday, White predicted one of the fastest sellouts in UFC history.

“And that’s considering we just came off the best quarter this company has ever had.”

There were plenty of questions about the UFC’s confidence that New York State will finalize legalize MMA. Women’s bantamweight champion Ronda Rousey was also in New York City, fresh off an appearance on “The Tonight Show With Jimmy Fallon,” and White said her efforts with lawmakers this week in Albany seem to be paying off.

Someone asked whether the UFC would bring its first New York-sanctioned event to Madison Square Garden, as promised.

“You better f-cking believe it, brother!” White shouted to the roaring crowd. “If this gets legalized, I’ll see every one of you at The Garden in December!”