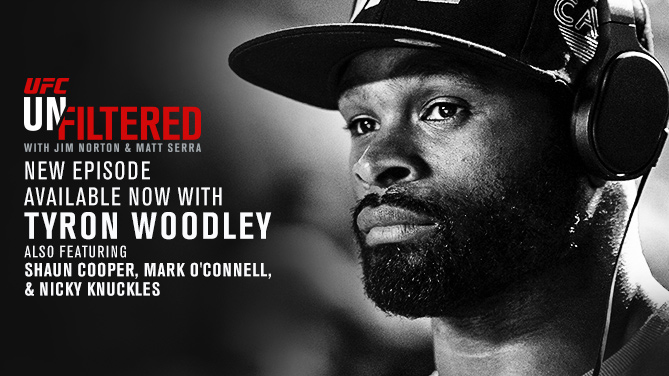 UFC Welterweight champion Tyron Woodley joins the show and talks about his dominant UFC 228 title defense against Darren Till, who he thinks his next opponent will be, his new single "I'll Beat Yo Ass!" and much more. Before that, Jim and Matt are joined in-studio by Shaun Cooper and Mark O'Connell of Taking Back Sunday and Matt Serra BJJ brown belt, Nicky Knuckles. Plus, the guys break down the action from Moscow, including Merab Dvalishvili's first win inside the Octagon.
Full Episode


Tyron on his gameplan against Darren Till, now that the fight's over


Tyron says his BJJ was his biggest advantage over Darren Till