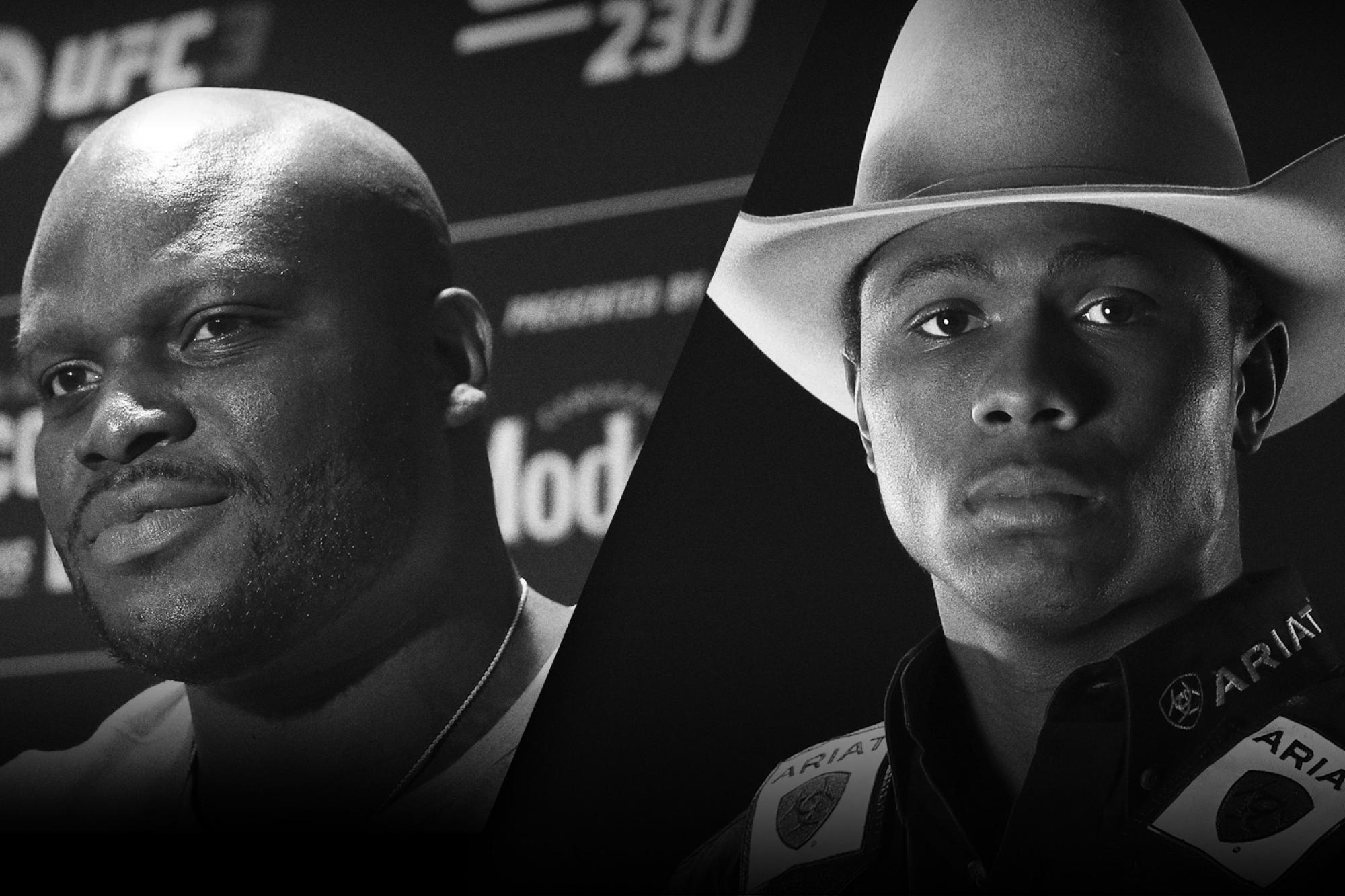 Matt and Jim are together for the first time in 2020!

They begin the show discussing Derrick Lewis' upcoming fight against Ilir Latifi at UFC 247 in February and Jim's trip to Italy.

Then, professional bull rider Ezekiel Mitchell joins the guys in-studio. He reviews Matt's bull riding performance on Dana White: Lookin' for a Fight, explains what a 'buckle bunny' is, and talks about what it means to be a cowboy.

After that, UFC heavyweight Derrick Lewis calls in to the show. He talks about Latifi calling him out for his debut at heavyweight, playing opossum in the Octagon, and Jairzinho Rozenstruik's controversial win over Alistair Overeem.

Jim, Matt and Ezekiel close out the show with a quick Jiu Jitsu lesson on Ezekiel chokes and Johnny Cash talk.