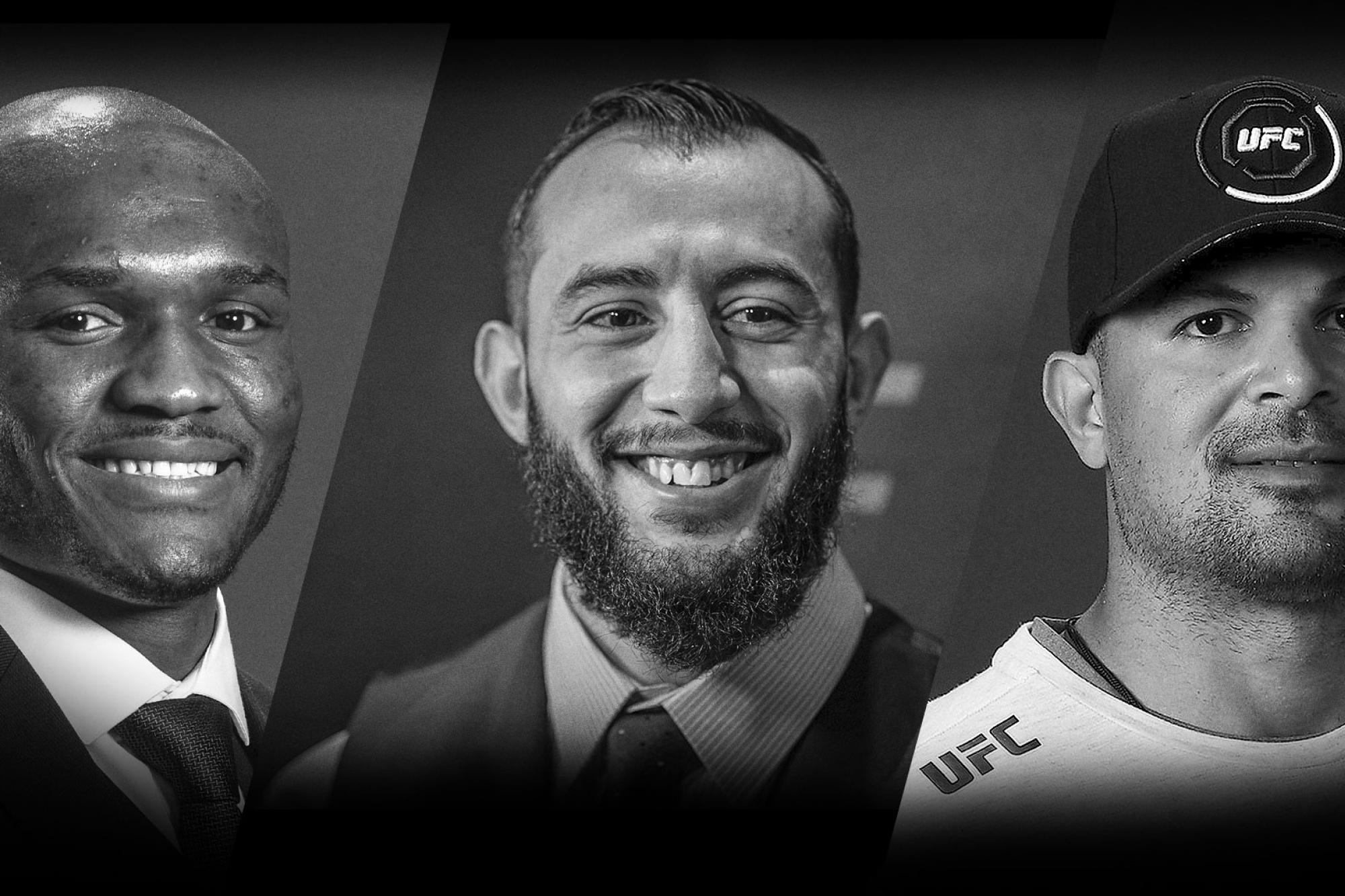 We're still recovering from the great fights in Washington, DC this past weekend - but it's UFC 245 fight week! And there's no one better to have on than the headliner for the main event, welterweight champion Kamaru Usman.

He proposes a grappling match for Matt, talks about preparing for a title defense, the Jorge Masvidal – Colby Covington dynamic, and much more.

Then, Dominick Reyes calls in to talk about prepping for the ultimate UFC "boss level" fighter - Jon Jones. How is he preparing for Jones' tremendous reach advantage? What does he make of the opportunity to face the fighter many call the GOAT? How does he think Jones is going to attack?

Then, Jim and Matt finally address the elephant in the room - Jim's negative stance about Baby Yoda.

Finally, Sayif Saud, founder of Fortis MMA in Dallas (trainer of Geoff Neal and Uriah Hall, among others) joins to talk about the opportunity Neal has at UFC 245 this Saturday against Mike Perry, the truth behind some of those viral moments he's had in fighters' corners, and how he thinks Uriah Hall has big things ahead.