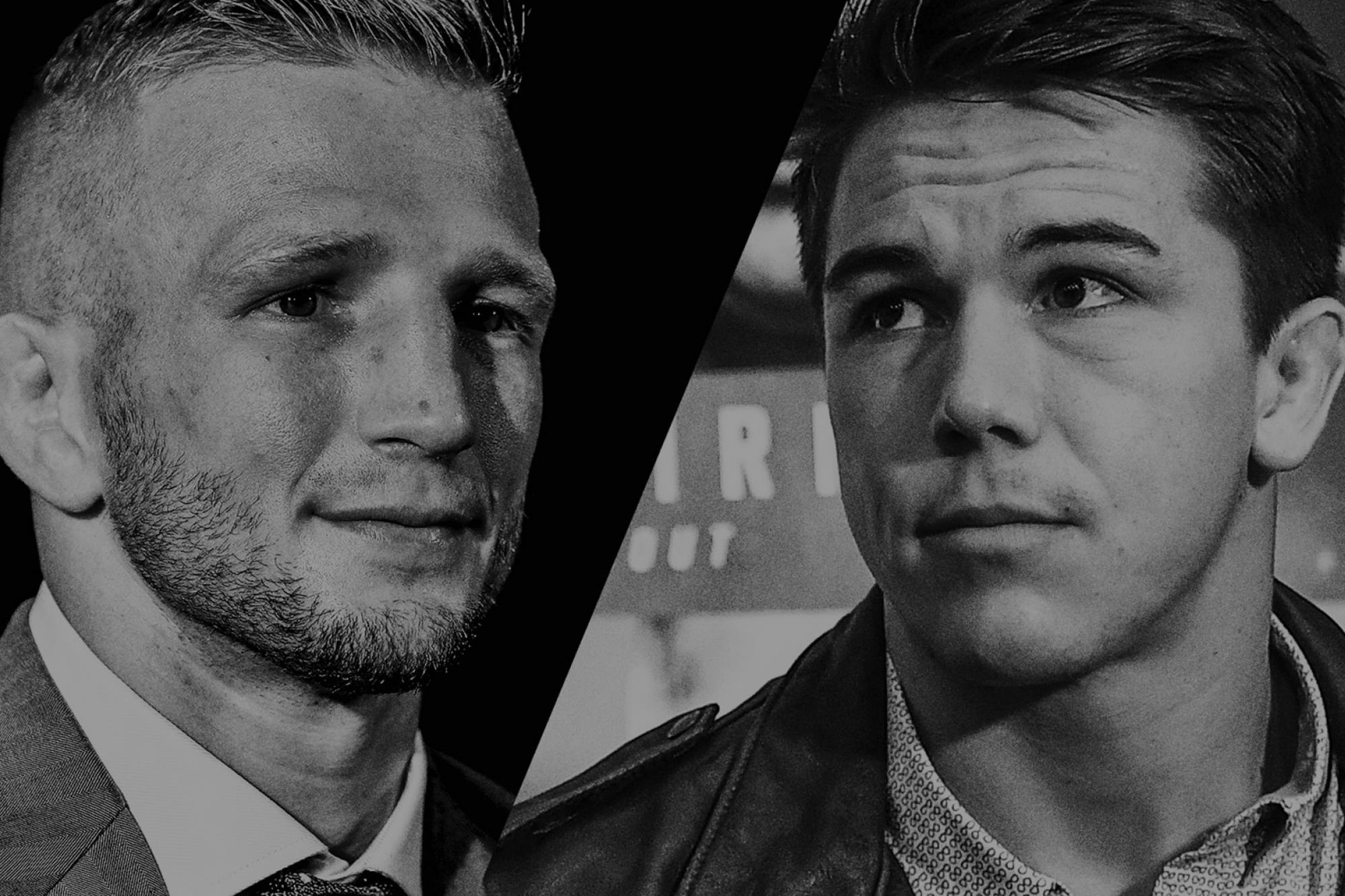 UFC Bantamweight champion TJ Dillashaw joins the show and talks to Jim and Matt about trying to become a two-division champ when he challenges Henry Cejudo for the UFC Flyweight title in the main event of UFC on ESPN+ 1, working with strength and conditioning coach Sam Calavitta at The Treigning Lab, preparing to make weight at 125lbs., Mighty Mouse, Dominick Cruz, and much more. First, #11 UFC Lightweight Alexander Hernandez calls in for the first time and talks about his big opportunity against Cowboy Cerrone in Brooklyn on January 19, how the fight came to be, who he looks up to in MMA, and more. Plus, the guys talk about recently announced fights like Derrick Lewis vs. Junior Dos Santos, Colby Covington’s issues with Dana White, and more.

Alexander on Cowboy Cerrone “always looking for something else”

TJ on his weightcut for the UFC Flyweight division

TJ on why a fight with Henry Cejudo interests him