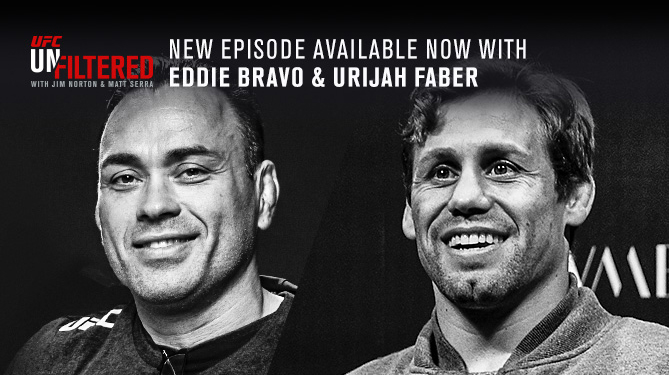 Jim, Matt, and Chris the Producer are all back in-studio together to break down the great night of fights at UFC 228. Plus, the great Eddie Bravo calls in and talks about the upcoming Quintet 3 grappling tournament, his own EBI combat jiu-jitsu tournaments, Tony Ferguson's Octagon return, Khabib vs. Conor, and much more. Later, UFC Hall of Famer Urijah Faber joins the show and discusses competing at Quintet 3, Sage Northcutt's contract situation, and a possible fight with Logan Paul, Cody Garbrandt, Justin Buchholz, Josh Emmett, and a lot more.

Eddie on the evolution of grappling tournaments

Eddie on Tony Ferguson's rehab and training for UFC 229

Eddie on Khabib vs. Conor McGregor

Urijah on the possibility of a Sage Northcutt vs. Logan Paul fight

Urijah on the chances of a Chad Mendes vs. Zabit matchup