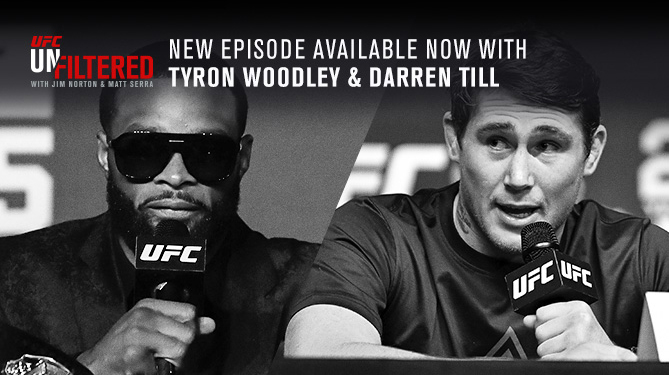 Tyron Woodley: The way he fights

Darren Till: He's learned from his stabbing.

Darren Till: How he plans for a fight.

Darren Till: He knows he is being taken seriously for this fight.