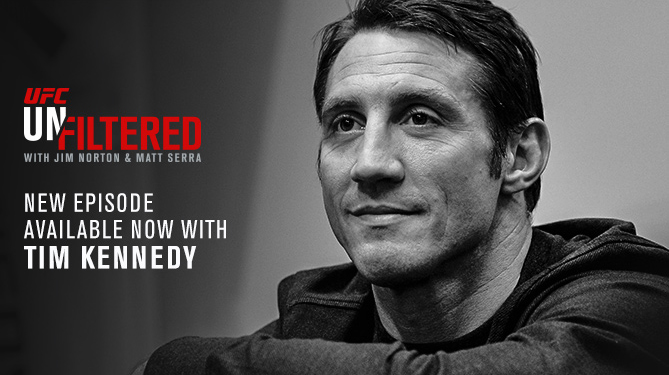 Former UFC Middleweight Tim Kennedy calls in and talks about his new Discovery Channel show "Hard to Kill", Brazilian Jiu-Jitsu in its purest form, and the workout he was doing right before joining the show, amongst other things. Plus, Jim and Matt break down Anthony Smith's dominant win over Shogun Rua and the rest of the action from Hamburg, Germany over the weekend, DC's open letter to Alexander Gustafsson, Anderson Silva's one-year USADA suspension for a tainted supplement, and Jim debuts his new segment, "Jimmy's Cinema Jam" featuring the movie Skyscraper.

What was Tim doing right before joining the show?

Tim on the feeling of fighting inside the Octagon

Tim on BJJ in its purest form