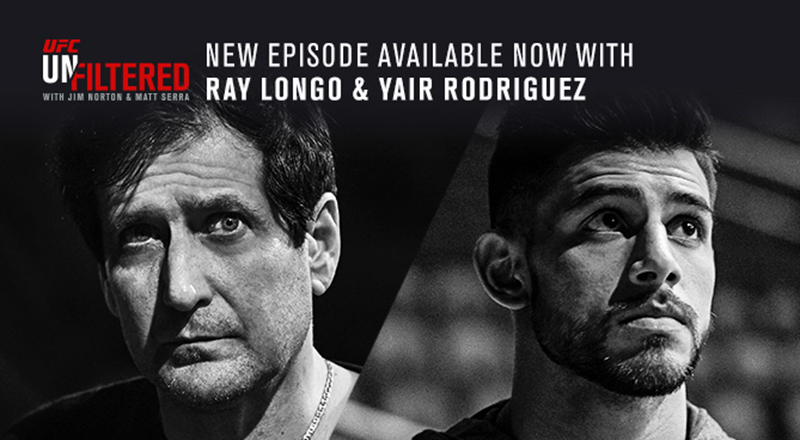 "El Pantera" Yair Rodriguez joins the show and talks to Jim, Matt, and Ray Longo, about his UFC release and return, what he's been working on since his loss to Frankie Edgar, fighting Zabit Magomedsharipov at UFC 228, and more. Plus, the guys discuss the action from Singapore this past weekend, Claudia Gadelha's successful knee surgery, Kevin Lee's GSP callout, and more.

Yair on miscommunication with the UFC:

Yair on training at different gyms after his loss to Frankie Edgar:

Yair on his UFC 228 bout with Zabit Magomedsharipov: