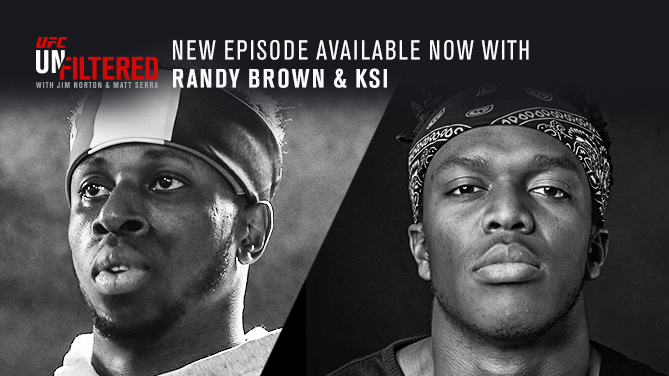 UFC Welterweight contender Randy Brown joins Jim and Matt in-studio for the whole show, and discusses his UFC Idaho bout against Niko Price, his UFC 217 win over Mickey Gall, wanting to fight Sage Northcutt for the "Lookin' For a Fight" crown, and a lot more. Then, YouTube star KSI calls in and talks about his boxing match against Logan Paul, training with Michael Bisping, music, and more. Plus, the guys preview UFC Fight Night Singapore and make their picks, and discuss Wonderboy Thompson's comments about making sidekicks to the knee illegal, David Branch's Jacare callout, and more.

Randy says everything is coming together for him in the gym

KSI on calling out Logan Paul