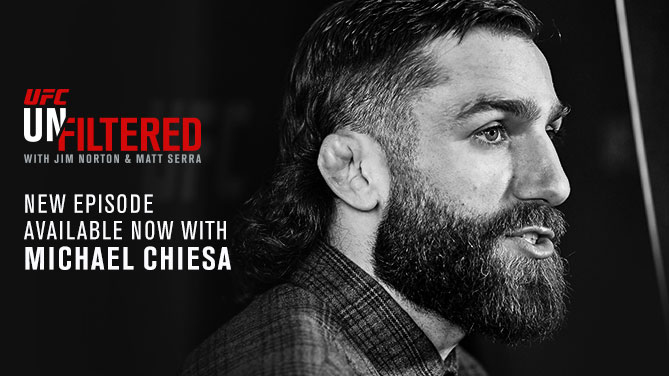 #9 UFC Lightweight Michael "Maverick" Chiesa calls in and discusses his UFC 226 bout against Anthony Pettis, getting over the controversial loss to Kevin Lee, Conor McGregor and UFC 223, wanting to fight Khabib Nurmagomedov, who should be next in line for the Lightweight title, doing analyst work, Stipe vs. DC, and more.

Plus, the guys talk about Chris Weidman and Kelvin Gastelum going back-and-forth on Twitter, a hypothetical Jon Jones vs. Brock Lesnar fight, Justin Gaethje vs. Al Iaquinta, and more.

Michael on loving to fight in Las Vegas

Michael on measuring his skills against Anthony Pettis at UFC 226

Michael on a potential rematch with Kevin Lee