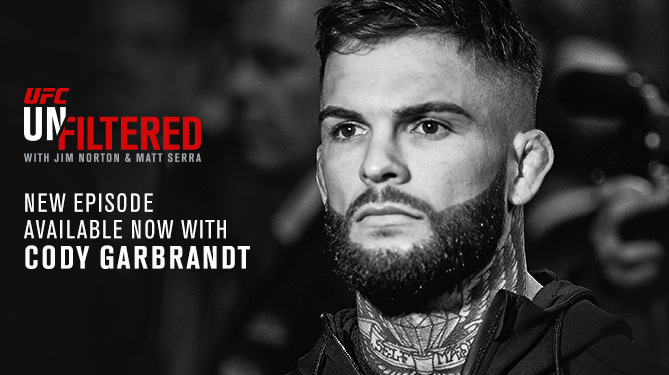 Former UFC Bantamweight champion Cody "No Love" Garbrandt joins the show and talks to Jim and Matt about his UFC 227 championship rematch with TJ Dillashaw, having the best training camp of his life preparing for this fight, life as a new father, and much  more, including answering some fan questions. Plus, the guys recap all the action from Calgary and discuss Renzo Gracie's submission win over Yuki Kondo, Conor McGregor's plea deal, and Khabib's comments on how a possible matchup with Conor would go.