"I think I’m ever improving and the fans will be able to see that in 2013." - Andrew Craig 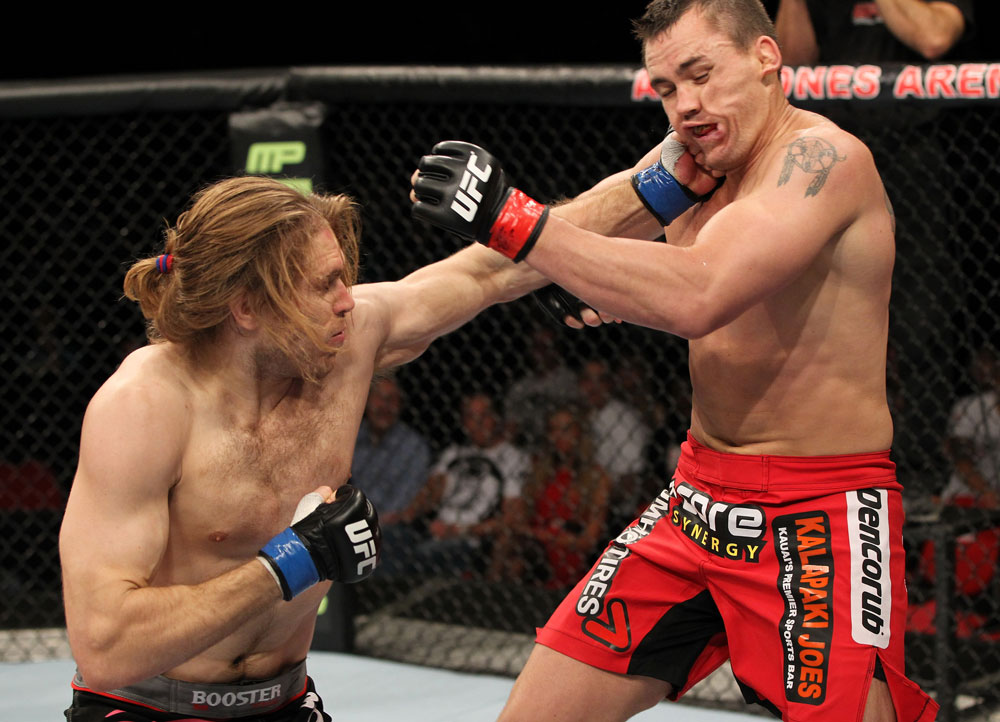 For a young man who seemingly came out of nowhere to produce two UFC wins in his first year in the organization – one halfway around the world where he defeated a hometown hero and the second a come from behind head kick knockout – Andrew Craig has not let his unbeaten record or his status as a promising up and comer in the middleweight division get to his head.

“It’s business as usual,” said Houston’s Craig, who is just days away from a bout against Ronny Markes this Saturday in Sao Paulo, Brazil. “I feel like those two wins went under the radar. One of them, I was a late replacement, and the next win was on Facebook and not nearly as many people saw it. It’s just two wins and I need a lot more than that to feel like I’ve really earned my spot in the UFC. Plus, my last win, if you look at it there were really only two bright seconds: me throwing up the kick and the kick landing. Other than that, it wasn’t a great fight for me, so I feel like I’ve got a long way to go.”

Now that’s humble. But in reality, every win means something at this level of the sport, and for Craig, moving from 6-0 to 8-0 last year wasn’t a fluke. A solid competitor on the local circuit in Texas and Louisiana, Craig made noise with his September 2011 win over WEC vet Eric Schambari, and as far as he was concerned, it was time for him to take his phone off the hook and start woodshedding for a possible call-up to the big leagues.

“After that fight, I kinda sat out a little while, just trying to improve without taking another fight, hoping I’d get that call,” said Craig, who received the opportunity he was waiting for when Jared Hamman got injured and was removed from his bout with Aussie Kyle Noke six weeks out. Little did anyone know that Craig was training precisely for a moment like this.

“People were like ‘oh, he took it on six weeks’ notice,’” he recalled. “But I was actually just waiting for the call and I was training pretty diligently, though it’s a lot easier to train when you have a name on paper.”

Once he got that name, he ramped up his training with his coach (and cousin) Travis Tooke, and once he got to Australia, he was ready to go. Noke wasn’t ready for Craig though, and the newcomer pounded out a three round unanimous decision win last March. Four months later, Craig was in San Jose to take on Rafael Natal, and it looked like he was about to take his first pro loss (and by knockout no less), as the Brazilian rocked him and seemingly had him one solid shot away from defeat.

“I had never been dropped, much less hit very hard in a fight,” said Craig, who survived the onslaught and then delivered a right kick to the head that ended Natal’s night. Those two seconds were all he needed, and while he knows it wasn’t his best performance, the goal is to make sure the next one is better, then the next one better than this one, etc., etc.

“That’s what I’m always looking to do, and that’s been the plan since I started getting into fighting,” said the 27-year-old. “I fought amateur in 2009, and I said when I turn pro in 2010, I’m gonna turn some heads. And that’s my goal every fight, to go out there and gain new fans, get a win most importantly, and show off that I’m an ever improving fighter. I’m a guy that came in without a background in any sort of fighting. I did a little Taekwondo, but then I got into football, and I played football from third grade through my senior year in high school, so I don’t have any wrestling or boxing background or anything like that; I’ve just got a knack for fighting and I take a very cognitive approach to learning, so I think I’m ever improving and the fans will be able to see that in 2013.”

The year begins for him against Markes this weekend. A former light heavyweight, the 24-year-old from Rio de Janeiro is two for two in his Octagon campaign as well, defeating Karlos Vemola and Aaron Simpson with a smothering attack that has seen him win six in a row. Craig knows he’s in for a tough night, but not one he can’t handle.

“I remember watching his fight with Vemola and thinking ‘these guys look like bodybuilders,’” he said of Markes. “That was at 205, but he overpowers dudes. He put Aaron Simpson – one of the best athletes and wrestlers – down just by smothering and body lock takedowns. So it (the upcoming fight) is like a bullfight – you gotta stay out of his way. He’s a big dude, comes from a good camp, solid grappler, and he’s the first guy I’ve ever fought that’s younger than me, so he’s going through the same process as I am as far as improving, so I’m sure everything has improved since his last fight. But I’ve been getting ready for this fight a lot with Tim Kennedy, who is kind of a freak of a human being as far as strength goes, so I feel like I’m pretty used to it. I’m not the greatest grappler, so I’m used to being put in terrible positions and stuff like that. I don’t expect it to happen, and I think him getting hold of me is the worst case scenario. A guy like that doesn’t need to have finesse because he’s gonna be that much stronger, but eventually I think him using that strength will catch up to him, and I think it will catch up to him in this fight because I don’t think I’ll give him those opportunities.”

If you’re talking bucket list items for fighters, Andrew Craig has nailed down a lot more of them than most folks with eight pro and four amateur fights. He’s fought in the UFC, won in the UFC, got a highlight reel knockout, beat a hometown hero in Australia, and is now fighting in one of the sport’s spiritual homes in Brazil. At this point, he’s not talking championships yet, but there is one thing he would like to add to that “done” list as soon as possible.

“I’ve had 12 fights now and I’ve never had a first round victory,” he laughs. “I would to love have one of those and have a short night. My friend (UFC welterweight) James Head, I think he said it the best: ‘they don’t pay you for overtime in the UFC,’ and I think that’s brilliant. I’m digging that thought process right now.”