There Have Been Some Notable Fighters To Graduate From The Ultimate Fighter Over The Years, Here Are The 30 Best.
By THOMAS GERBASI, ON TWITTER: @TGERBASI • May. 24, 2021

On June 1, the newest season of The Ultimate Fighter will premiere on ESPN+, with UFC featherweight champion Alexander Volkanovski and top contender Brian Ortega coaching a host of middleweights and bantamweights vying for a UFC contract and a win in the toughest tournament in sports.

Graduating from the TUF house has been the catalyst for several notable fighters to have success in the UFC Octagon, but who are the best to emerge from TUF? You’re about to find out. 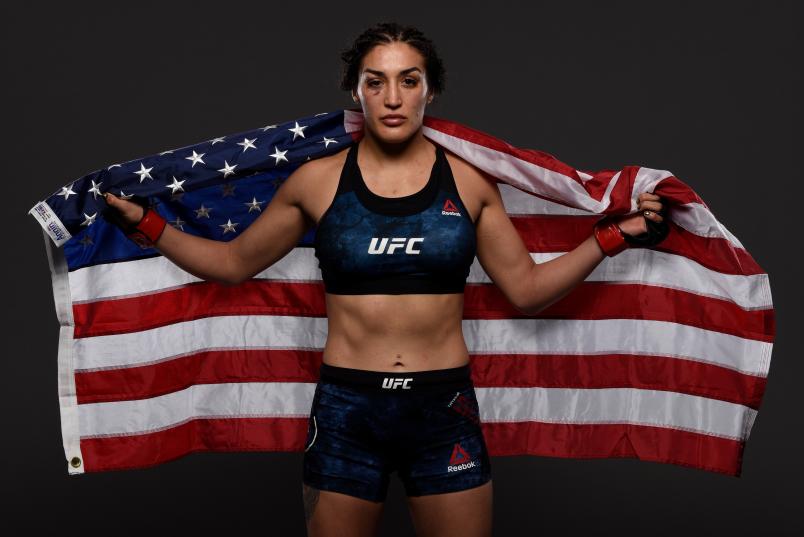 Tatiana Suarez poses for a portrait backstage during the UFC 238 event at the United Center on June 8, 2019 in Chicago, Illinois. (Photo by Todd Lussier/Zuffa LLC)

The wildcard of this group, Tatiana Suarez raced out of the gate after winning TUF 23 in 2016, winning all five of her UFC bouts since, defeating the likes of Alexa Grasso, Carla Esparza and Nina Ansaroff. That’s the good news. The bad is that Suarez has been sidelined due to injury since her 2019 win over Ansaroff. But once she does return to active duty, Suarez is on the short list of fighters who are serious threats to win world title honors.

Joe Stevenson, a pro from the age of 16, was about to walk away from the game when he got the call to compete on season two of The Ultimate Fighter. Stevenson went on to defeat Jason Von Flue and Marcus Davis on the show before winning that season’s welterweight title in a three round war with Luke Cummo. Following his stint on TUF, Stevenson was upset by Josh Neer, a defeat that prompted a drop to 155 pounds. At lightweight, “Joe Daddy” found his home, winning four in a row before getting submitted by BJ Penn in a 2008 challenge for the vacant 155-pound crown. Stevenson hit a rough patch after that, losing seven of his next 10, including a decision loss to Javier Vazquez in 2011 that marked his final Octagon bout.

Winner of season one of The Ultimate Fighter: Latin America, Mexico’s Yair Rodriguez remains a dynamic and exciting fighter in the 145-pound weight class, where he has scored wins over Dan Hooker, Andre Fili, Alex Caceres, BJ Penn, Chan Sung Jung and Jeremy Stephens, with his only loss coming at the hands of Frankie Edgar in 2017. Did I mention he’s picked up seven post-fight bonuses along the way? About the only thing holding Rodriguez back from a higher spot here is inactivity, as he’s been on the sidelines since his 2019 win over Stephens. 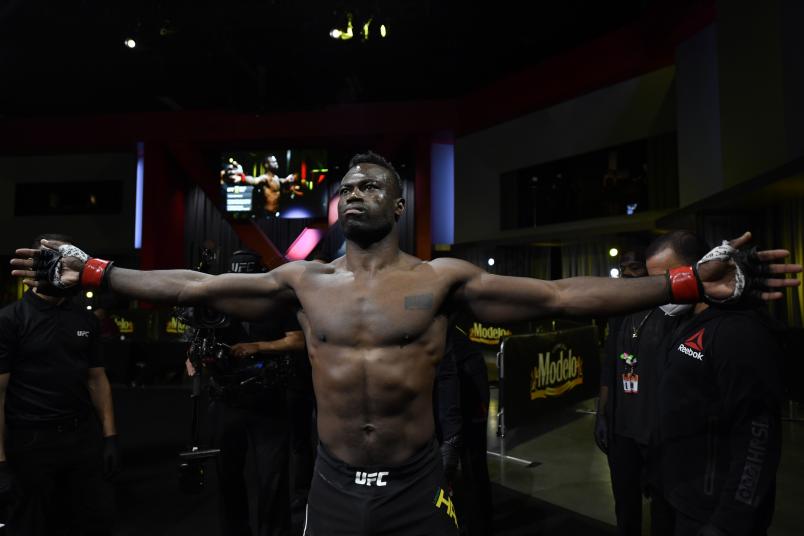 Uriah Hall of Jamaica prepares to fight Anderson Silva in a middleweight bout during the UFC Fight Night event at UFC APEX on October 31, 2020 in Las Vegas, Nevada. (Photo by Jeff Bottari/Zuffa LLC)

Uriah Hall was the greatest thing since pizza when he made it to the finals of TUF 17 in 2013. But then he lost a decision to Kelvin Gastelum and was an erratic competitor on subsequent fight nights, winning some big fights but then losing enough big ones to put a question mark on his future. But since moving to Dallas and the Fortis MMA camp, Hall has found his groove, and the result has been a four-fight winning streak that includes three finishes. 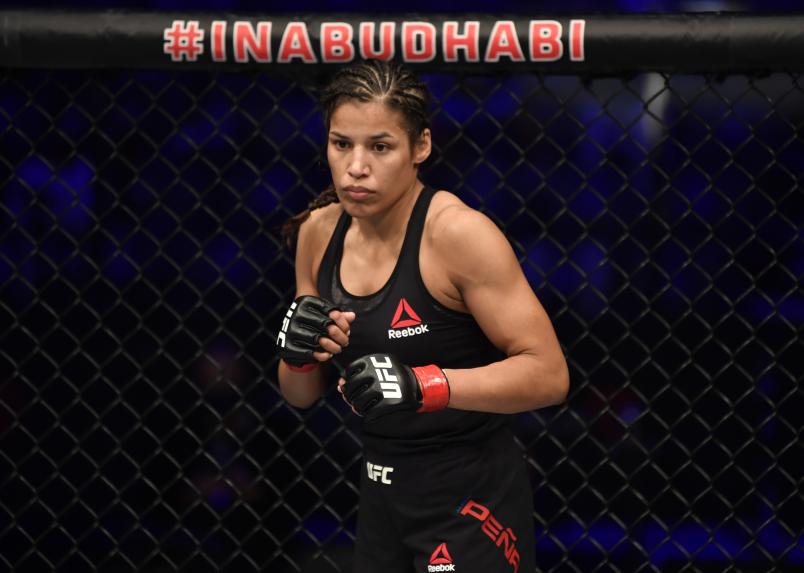 The first woman to win The Ultimate Fighter, season 18’s Julianna Pena is now a legit bantamweight contender, with three consecutive wins over Milana Dudieva, Jessica Eye and Cat Zingano following her season-winning victory over Jessica Rakoczy in 2013. A serious knee injury and a break to give birth to her daughter kept “The Venezuelan Vixen” sidelined for two spells, but recent wins over Nicco Montano and Sara McMann now have one of the most intriguing fighters in the women’s 135-pound weight class moving full speed ahead.

The last member of the TUF 3 cast still on the UFC roster, Ed Herman has made 24 trips to the Octagon since 2006, and the craziest thing about the stay of “Short Fuse” in the big show is that at 40 years old, he may be in his best form to date thanks to three consecutive wins over Patrick Cummins, Khadis Ibragimov and Mike Rodriguez.

Carla Esparza’s win on season 20 of The Ultimate Fighter also garnered her a world title, as she submitted Rose Namajunas to win the UFC’s first strawweight championship in 2014. Esparza lost the belt to Joanna Jedrzejczyk three months later, but after getting through some roadblocks, she won four straight in 2019-20 over Virna Jandiroba, Alexa Grasso, Michelle Waterson and Marina Rodriguez heading into last weekend’s bout against Yan Xiaonan.

Stephan Bonnar could have fought for another 10 years and won multiple titles, yet to most fans, he will always be remembered for the fight he lost to Forrest Griffin at the TUF1 finale in 2005. It was the war that put the UFC on the map and made Bonnar a household name to MMA fans and, ultimately, a Hall of Famer. Following that bout, “The American Psycho” had his share of ups and downs, but midway through 2010, he bounced back with three consecutive wins over Krzysztof Soszynski, Igor Pokrajac, and Kyle Kingsbury. In his final UFC bout in 2012, he lost to Anderson Silva in the main event of UFC 153.

A three-time All-American wrestler for Michigan State University, Maynard entered The Ultimate Fighter’s fifth season with just a few fights, yet he quickly made his presence known among the talented cast with wins over Wayne Weems and Brandon Melendez. And though he lost his next bout to Nate Diaz, he didn’t miss a beat after the show ended, rapidly rising up the lightweight ranks thanks to big wins over the likes of Frankie Edgar, Rich Clementi, Jim Miller, Roger Huerta, Diaz, and Kenny Florian. In January of 2011, he got his long-awaited shot at the title against previous victim Edgar, and though he was seconds away from finishing the champ in the first round, he had to settle for a five-round draw. “The Bully” got another shot at Edgar in October of last year, but after another near knockout win in the first round, he got stopped himself in the fourth, putting his title dreams on hold.

Winner of season 15 over Al Iaquinta, Michael Chiesa seems to be getting better with each passing fight, and after posting an 11-4 Octagon slate that has seen him defeat the likes of Beneil Dariush, Carlos Condit, Diego Sanchez, Rafael Dos Anjos, Neil Magny and Jim Miller, Chiesa is starting to hit his stride at the right time in the talent-rich UFC welterweight division he has been competing in since 2018.

Owner of the most appropriate nickname in the sport, Vicente “The Silent Assassin” Luque doesn’t make a lot of noise or chase after the spotlight but going 13-3 in the welterweight shark tank after season 21 of TUF with 12 finishes and seven post-fight bonuses has a way of forcing the quietest competitor to the forefront of the sport. And after a trio of finishes over Niko Price, Randy Brown and Tyron Woodley, Luque is on the verge of entering the title race at 170 pounds.