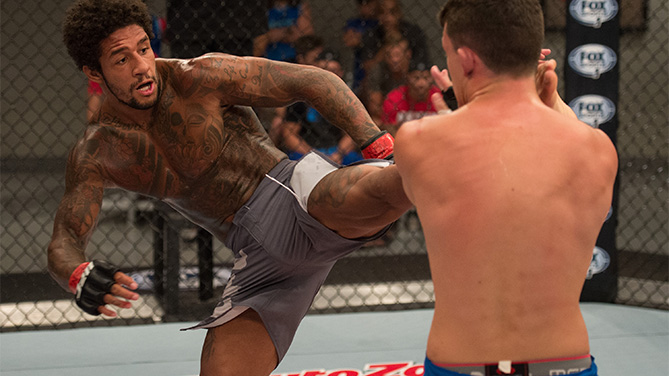 Following a rough start to the season with two losses, Team McGregor has turned things around these past two weeks, with an emphatic statement being made on the latest episode, as Saul Rogers dominated Billy Quarantillo in one of the most lopsided fights in recent memory.

McGregor selected Rogers for the very reason that he knew the British fighter was one of the strongest competitors on the show, but in a favorable matchup like the one he had against Quarantillo, there was little doubt he was going to walk out the winner.

Before the fight kicked off this week, Rogers spoke not just about his desire to make it on The Ultimate Fighter to get his shot in the UFC, but also to win the entire tournament in the process. Rogers was definitely one of the best Europeans coming into the house, and he wanted to set the tone with his performance while also sending a strong message to the Americans that they have a real threat looming from Team McGregor. 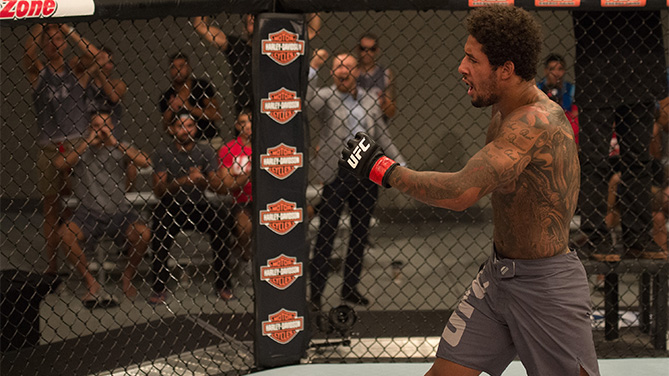 As Rogers got the chance to celebrate, Tom Gallicchio was still trying to cope with the fact that he lost his fight a week ago to Marcin Wrzosek by decision, eliminating him from the competition and snuffing out his hopes to gain automatic entry into the UFC by way of The Ultimate Fighter. It was a tough loss for Gallicchio to swallow, particularly because he was one of the top competitors on Team Faber and the owner of a very extensive resume fighting out of Team Quest in California. Now he's going home with no guarantee that the UFC will be calling on his services anytime soon.

Still, despite being mired in misery knowing that he still has about a month left in the competition where he'll just be a training partner with little hope of getting back into the tournament, Gallicchio still had to give Wrzosek his due for a good win.

"I can't sit here and make excuses. Marcin was a better man than I was," Gallicchio said.

The fighters got out of the house this week as well to enjoy a dinner with their coaches two days away from the bout with Rogers and Quarantillo. While at dinner, several of the fighters from Team McGregor expressed their happiness working with the interim featherweight champion while ignoring the barbs coming from Urijah Faber about his absence from morning practices or other team functions like the weigh-ins - which McGregor missed this week as well.

"We are training with the best fighter in the world - Conor McGregor," Mehdi Baghdad said about his coach.  "This is a dream for a lot of people around the world, so for me this is a dream."

Following the dinner and after the weigh-ins, where Rogers and Quarantillo hit the mark for their fight, we catch up with Team Faber fighter Chris Gruetzemacher, who is starting to feel the ill effects of living in the house, away from any contact with the outside world for the past couple of weeks. Everybody knows going into the show that there will be no cell phones or internet, but the toughest part for most of the fighters is dealing with the solitude of the house while missing out on any kind of interaction with their own friends and family.

Gruetzemacher is already reaching his breaking point, which could be bad for Team Faber, considering he won his earlier fight and will be depended upon to make it to the semifinals in his next bout. If Gruetzemacher isn't ready in mind and body, it could absolutely affect his performance.

"I'm over this (expletive) place," Gruetzemacher said. "Right now, being in here, it's not fun. It's not."

While Gruetzemacher is struggling, Rogers is champing at the bit to get in the Octagon with Quarantillo, who he believes is outmatched and knows it.

"I think he's scared. I don't think he wants to be in there with me," Rogers said. 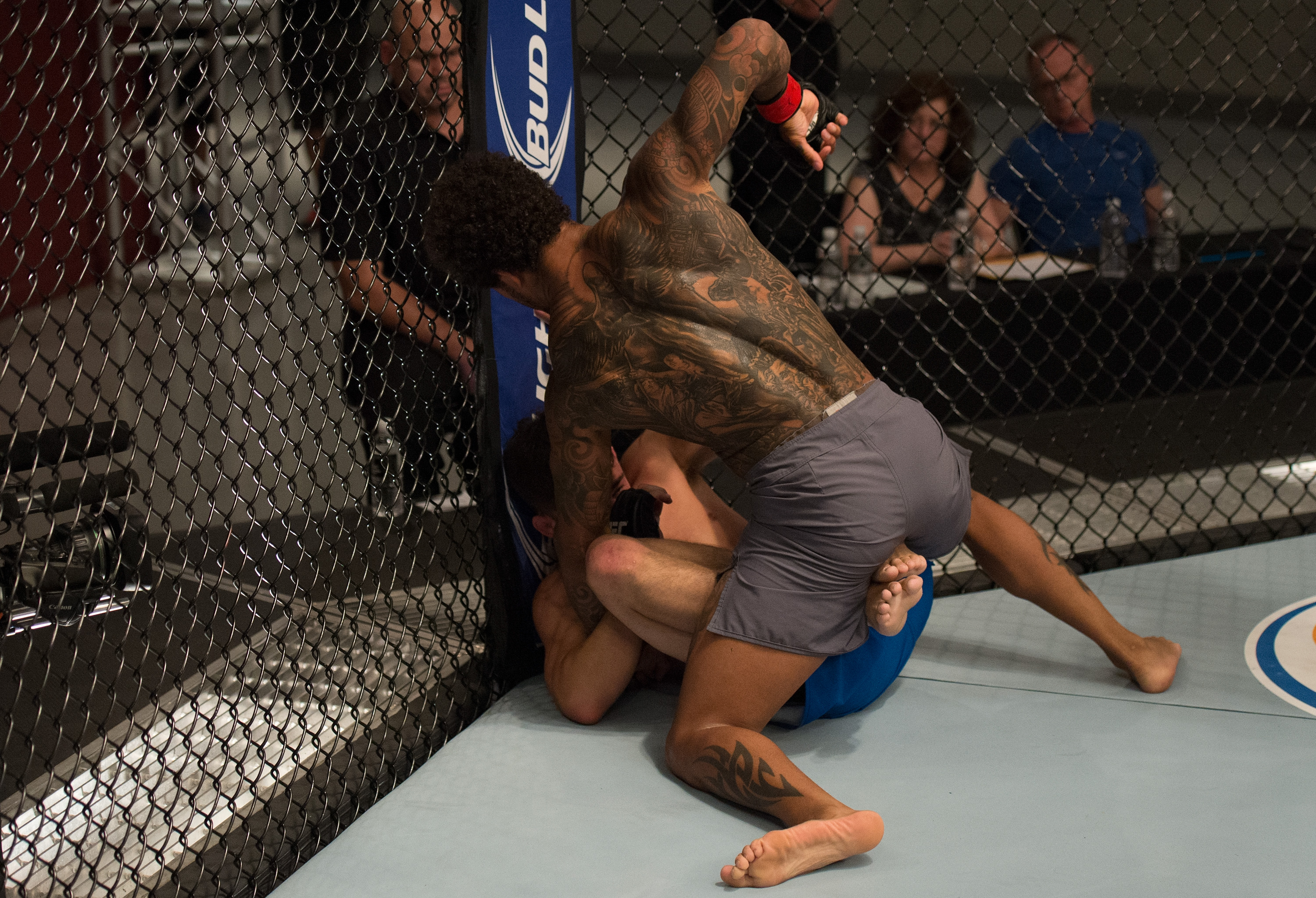 When the fight starts, Quarantillo doesn't fight like he's scared, but he doesn’t have much of a chance to do anything after Rogers immediately bull rushes him against the cage and takes him to the mat. From there, Rogers began blasting away with strikes from the top, as he pounded Quarantillo throughout the first round. Quarantillo was only able to play defense as he tried to stave off Rogers' attacks, but he couldn't mount any kind of comeback. At the end of the first round, Rogers was able to take full control and get his back, but he ran out of time before he could sink in the choke.

The second round might have actually been more lopsided than the first, as Rogers plants Quarantillo on the ground again and proceeds to open up an offensive onslaught with punches and elbows while standing over his prone American opponent. Quarantillo's best effort was surviving the two rounds and making it to a decision, as Rogers showed why he should be a favorite to go far in the competition.

"Saul against Billy was a lion attacking a gazelle," McGregor said after the fight ended.

With control still on their side, McGregor selects the next fight, with tough as nails striker Mehdi Baghdad taking on Julian Erosa from Team Faber. Baghdad was the fighter who actually eliminated McGregor's teammate Artem Lobov in the opening bout to get into the house, so he's another top fighter who could be a favorite to make it deep into this competition.

Can Baghdad maintain control for Team McGregor or will Erosa find a way to turn things around for Team Faber and keep this tournament from turning into a lopsided rout for the Europeans? Find out when The Ultimate Fighter: Team Faber vs. Team McGregor returns.