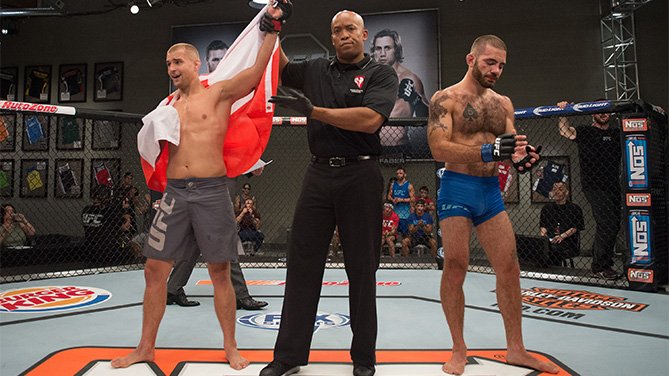 Since first joining The Ultimate Fighter earlier this season, Conor McGregor vowed to avoid emotional involvement with his team while also trying to impart some knowledge that could potentially help them win the tournament and make a career in the UFC.

But after two losses this season - most notably Sascha Sharma's defeat to Chris Gruetzemacher a week ago - McGregor is clearly much more into his team's performance than he was admitting in the first couple of episodes. McGregor was visibly shaken during Sharma's fight, as he jumped up from his seat and continued to spew any number of expletives towards the cage as he tried to motivate and give advice to his fighter.

In the end it didn't matter, because Sharma lost a decision and McGregor says he has no one to blame but himself.

Following a tirade inside the locker room, McGregor emerged back into the hallway, where he ran into Faber and the rest of his team ahead of the announcement of the next fight matching up Tom Gallicchio and Marcin Wrzosek. Faber poked at McGregor for missing out on his team's morning practices as a reason why Sharma wasn't as prepared as he could have been, but the interim featherweight champion fired back that it ultimately comes down to the fighter's own responsibility to get ready for a fight.

"World champions don't need their hands held," McGregor said. "You either wanna fight and come in here and win the show or you don't. If you don't, well then I don't give a (expletive) about you."

Faber clearly didn't agree with McGregor's methods for coaching, much less how to handle his fighters after a loss. It seems the Americans were all a little uneasy after hearing McGregor rip into Sharma after his lackluster performance. On the way back to the house, all of the fighters, including Sharma's opponent Chris Gruetzemacher, were feeling bad about how harsh McGregor got while verbally assaulting the lightweight fighter following his elimination from the competition. 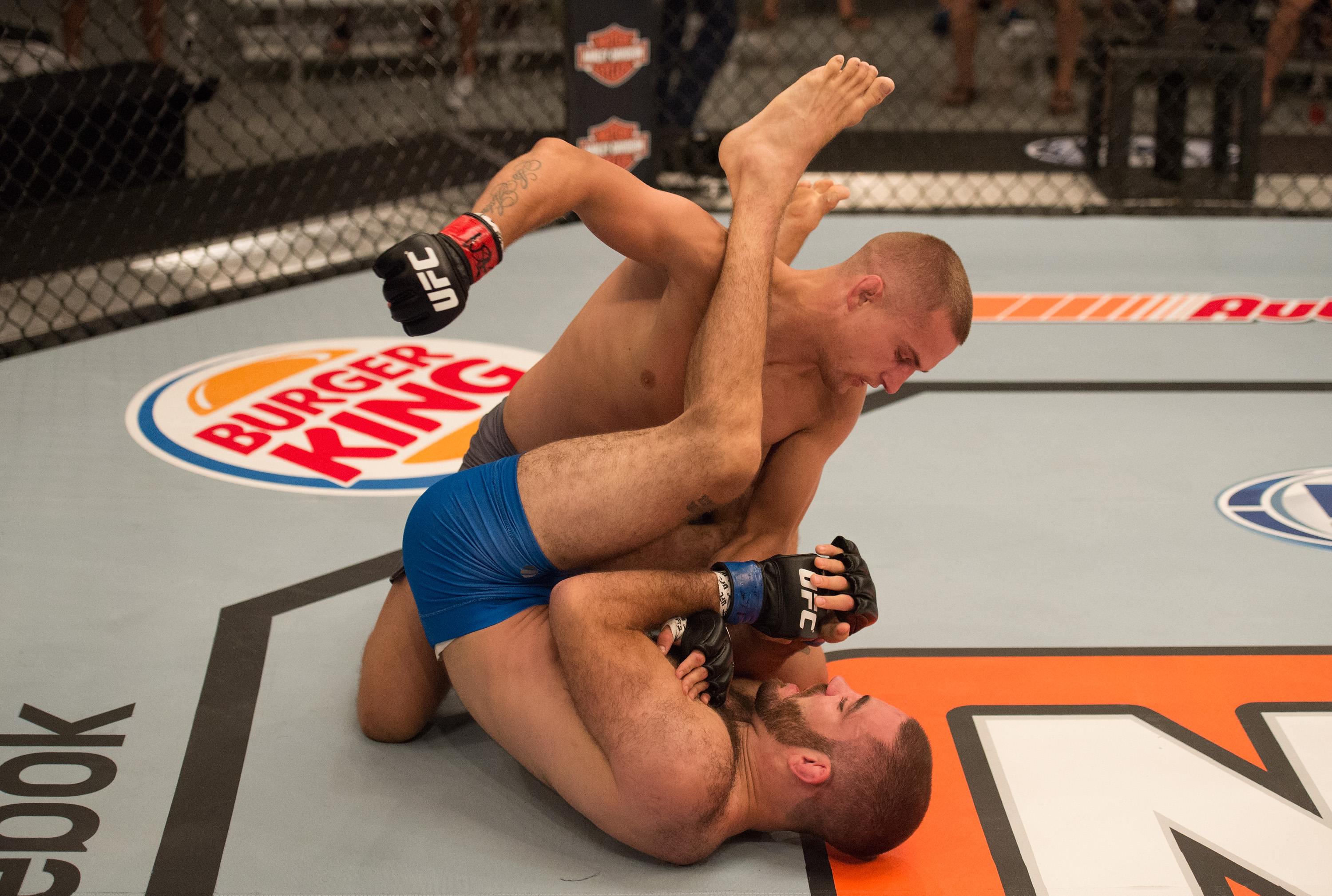 Once everybody was able to put away their feelings from the previous bout it was time to get Gallicchio and Wrzosek ready for the next fight. Team Faber was trying to go up 3-0 in the tournament while Team McGregor was still waiting to get on the board.

As it turns out, Gallicchio was instrumental in selecting this fight for himself after Faber told him that he would be next to compete if Gruetzemacher got past Sharma. Gallicchio handpicked Wrzosek as an opponent because he believed the matchup favored his wrestling-heavy style, where he could drag this fight to the mat and lock up a submission.

Gallicchio's path to The Ultimate Fighter wasn't easy after he was a high school wrestler who quickly transitioned to MMA and believed that he would compete for a few fights and then make it into the UFC. Gallicchio got some experience, racked up some wins, but the call didn't come. Gallicchio continued to forge ahead, he got a few more wins, but he was still on the outside looking in. Now at 28 years of age, Gallicchio knows this is his best chance to finally compete in the Octagon, but to even have a shot, he has to get past Wrzosek to move onto the quarterfinals of the tournament.

As for Wrzosek, his path to The Ultimate Fighter was a little more traditional after he amassed a solid 8-2 record out of Poland while competing in promotions all over Europe. Wrzosek is a well-rounded fighter who earned his nickname “The Polish Zombie” after engaging in a slugfest in which he looked like he fit the part when it was over. 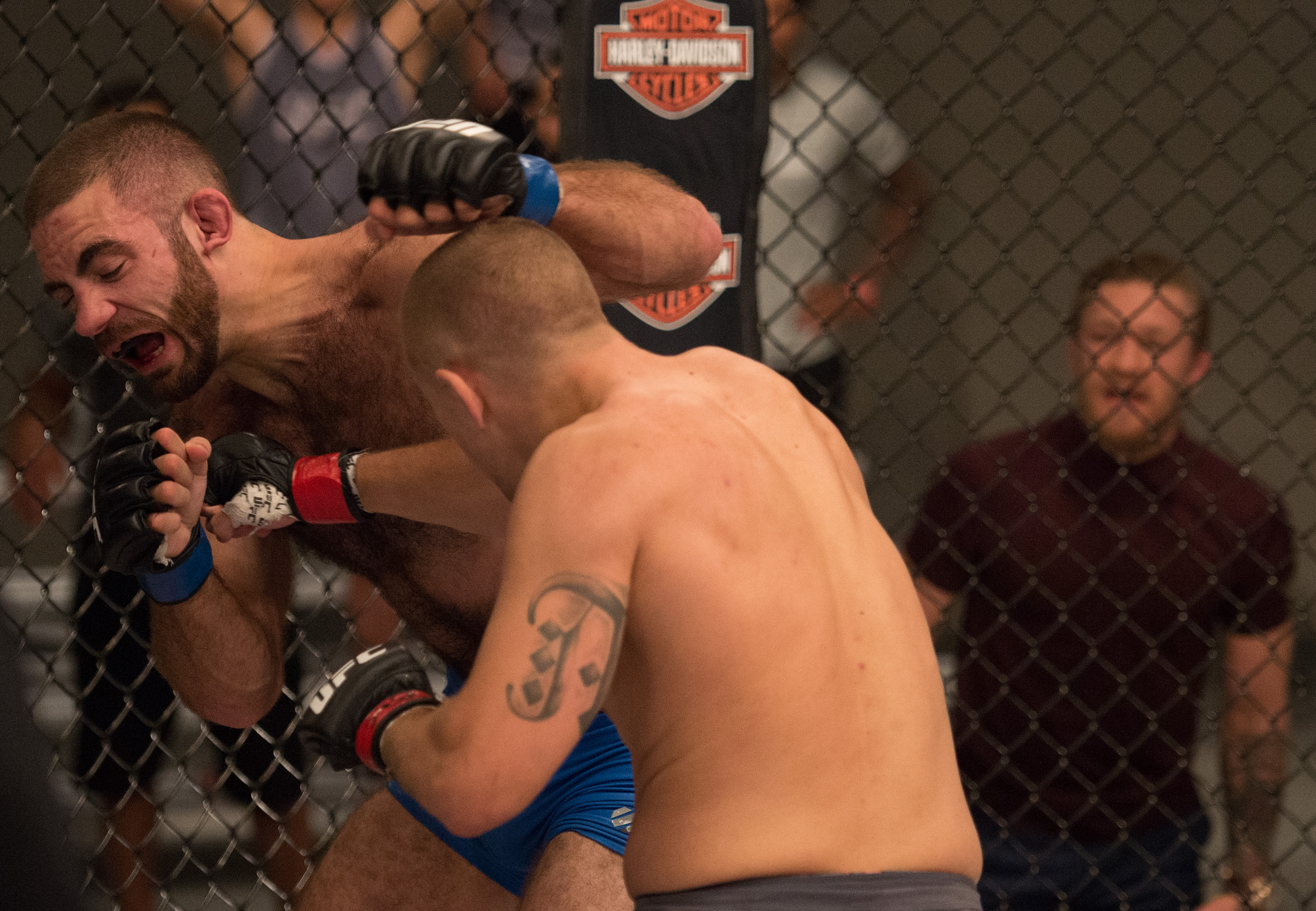 As both fighters prepared for battle, Gallicchio and Wrzosek also dealt with the awkward reality that they are fighting each other while also living in the same house together with little opportunity to avoid a few run-ins just hours before they faced off in the Octagon. It's a phenomenon neither fighter has ever faced before and probably won't ever face again, but they are both there for the same goal and Wrzosek and Gallicchio don't have to hold any kind of personal grudge to get in the cage and throw down.

In the lead up to the fight, as both fighters prepare in the gym, McGregor also takes time to explain how he realized after his outburst aimed at Sharma that he was probably a little over the top and shouldn't have taken things so personally. McGregor didn't want to get so invested in the season, but he realized in a hurry that it was going to be impossible to work with these fighters every day and not find some kind of connection with them while also going through heartbreak and anger when they don't perform to the best of their abilities. McGregor regrets his outburst against Sharma, but promises that Wrzosek won't have any of the same issues in his fight this week.

It turns out, McGregor was correct.

From the very start of the fight between Gallicchio and Wrzosek, it was clear that the American fighter wanted to drag his opponent to the ground and look for the submission. Gallicchio caught Wrzosek sleeping early and immediately jumped on his back, looking to lock up his signature rear naked choke. To Wrzosek's credit, despite losing a bad position early, he never panicked and patiently worked to shake Gallicchio off his back. 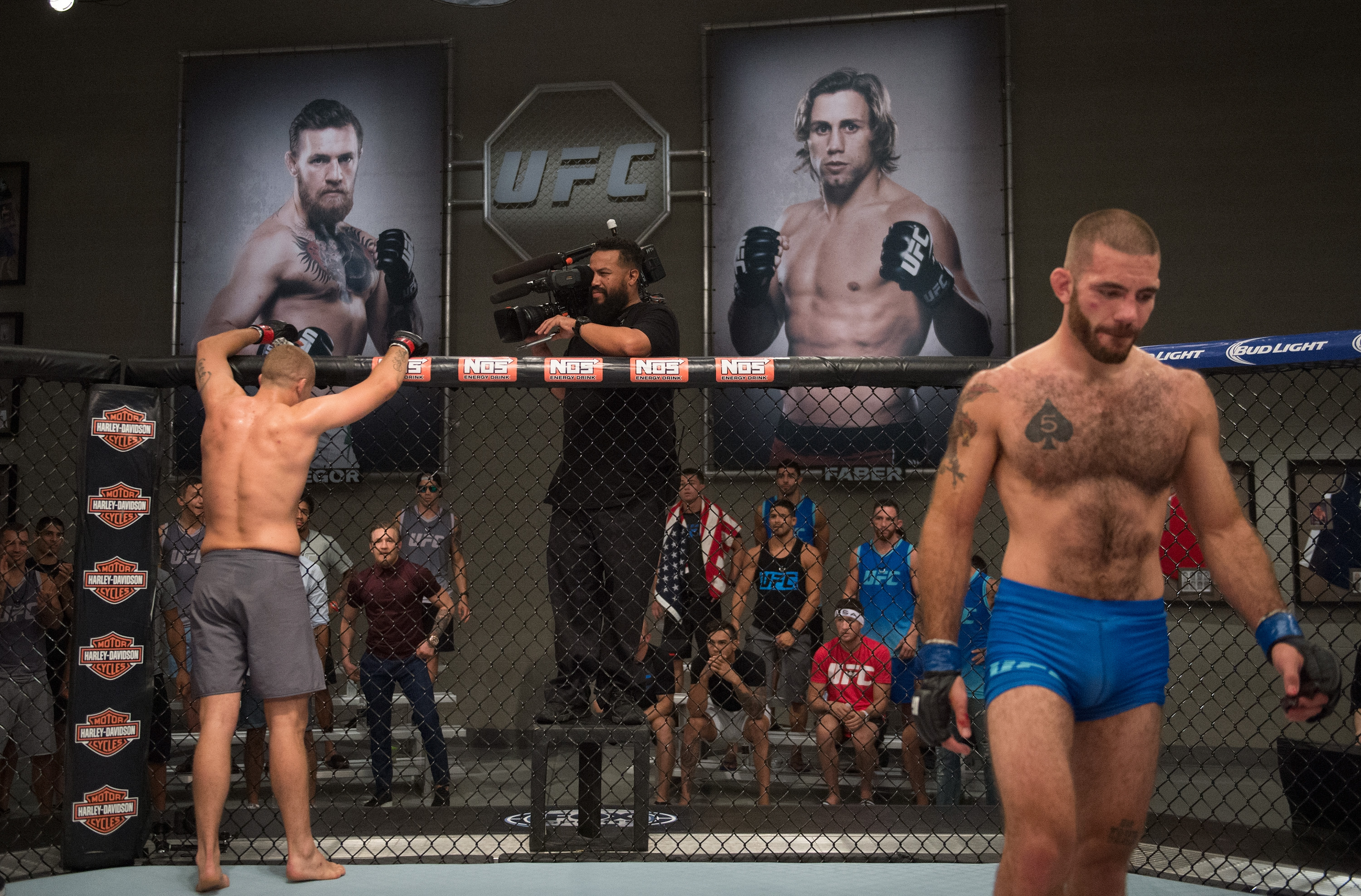 Once Wrzosek was able to get Gallicchio out of position, he took over the fight with his striking while the Team Faber fighter struggled to maintain his conditioning following a near finish in round one. It was clear as round two started that Gallicchio burned his legs out while trying to hold on to Wrzosek during those first five minutes, and things were only going to get worse for him as the fight moved forward.

As each minute ticked away, Wrzosek found bigger and bigger openings for his punches, and while Gallicchio survived to the final bell, survive was about all he could do until the fight came to an end.

When it was over, the judges all returned scores of 20-18 for Marcin Wrzosek, who gets his first win in the competition while helping put Team McGregor back on track.

'He wanted it more. That's what it came down to," McGregor said about Wrzosek.

After three weeks watching Faber select fights, McGregor was finally able to choose his own matchup for the next episode and he selected possibly his strongest and most experienced fighter, with Saul Rogers getting the nod as he takes on American Billy Quarantillo. McGregor believes Rogers is a fighter who could be a finalist when this whole show is finished and he'll look to prove that in one week against Team Faber's Quarantillo.

Will Team McGregor maintain control and begin putting together a win streak, or was Gallicchio's loss an anomaly, with Team Faber destined to pick up another victory a week from now? Tune into The Ultimate Fighter: Team McGregor vs. Team Faber next Wednesday to find out.