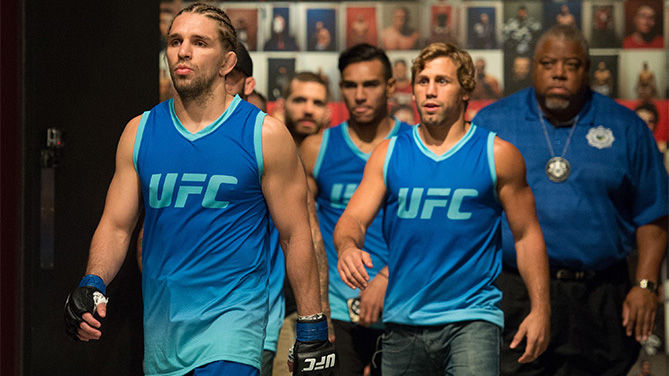 On the day the new season of The Ultimate Fighter started, Conor McGregor pulled his team aside and told them point blank that he wasn't going to be a hands-on coach, teaching them how to throw a jab or forcing them to endure grueling two-a-day practices.

The latest episode showcased more of McGregor's approach to coaching, which sometimes included not coaching at all, it seemed. As it was revealed in the latest episode, McGregor's schedule with his team included a light morning workout with his assistant coaches in charge before the interim featherweight champion strolled in for the evening workout.

McGregor's ideas about coaching The Ultimate Fighter are certainly different than any other person who has taken part in the show, but he's also got an unconventional mindset with what the competitors on the show should have expected when they arrived in Las Vegas in the first place. His idea is that everybody should already be prepared to fight and now it's just about staying ready and staying healthy.

Regardless of the lip service McGregor gives in interviews, UFC President Dana White says that the Irish fighter was always there for his guys and probably cared a lot more than he might have wanted to let on.

"Conor has given this attitude like he doesn't give a (expletive). Like he could care less. He actually does care. He's actually a really good coach," White said. 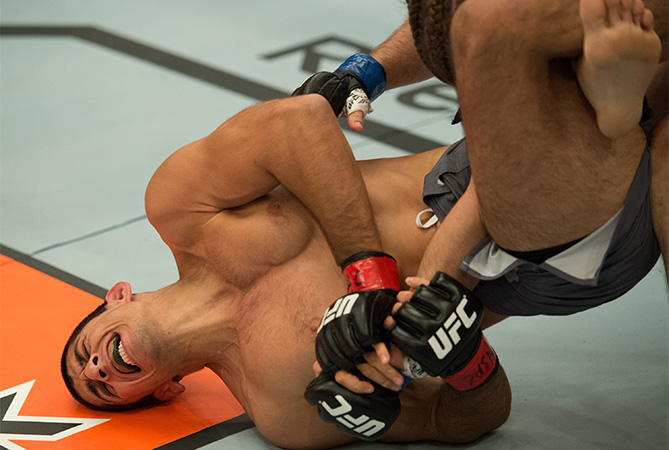 McGregor used his evening practice to help Sascha Sharma get ready for the kind of attacks he would most likely face against Team Faber fighter Chris Gruetzemacher in the upcoming fight. Gruetzemacher is one of the most experienced fighters from Team Faber and he showed real grit in his first fight to get into the house and McGregor expects the same for the upcoming matchup, but he also sees some holes he hopes to expose.

Both fighters in this week's bout had to endure a lot to get here and that has nothing to do with their professional records in MMA.

When Sharma was just 11 years old, after his family had moved from India to Germany, he was stricken with an infection that cost him the use of his legs. The infection was so serious that doctors told Sharma's family he might not live. Obviously, the little boy fought back and continued to battle until he was finally able to walk again. Realizing that fighting was just in his nature, Sharma took up martial arts and eventually got quite good at it. The rest is now history. 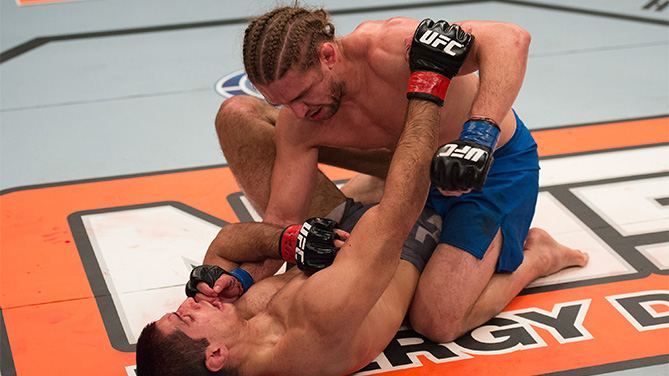 As for Gruetzemacher, his family also suffered through a lot of pain and anguish before he became a professional fighter. Gruetzemacher's grandfather was actually a senator in his home country of Chile, but after an uprising happened and the government was overthrown, he was captured and tortured by the new regime. Gruetzemacher's family escaped Chile and relocated to Arizona, where he grew up and eventually became a fighter.

Back at the house this week, the fighters are treated to a night of UFC action from Chicago that included the bantamweight title fight between TJ Dillashaw and Renan Barao, which was of special interest to Faber and his coaches because the champion is their teammate. Dillashaw was successful in his bid to defend the belt and Faber and his team celebrated, but it was short lived before McGregor started needling away at their unity a day later.

As the fighters prepared to weigh in, McGregor started poking at Faber by telling the former WEC champion that he needed to step up and take the fight with Dillashaw now before it's too late. McGregor believes at this stage in Faber's career, the only matchup that makes sense is to go out and take the title away from Dillashaw. 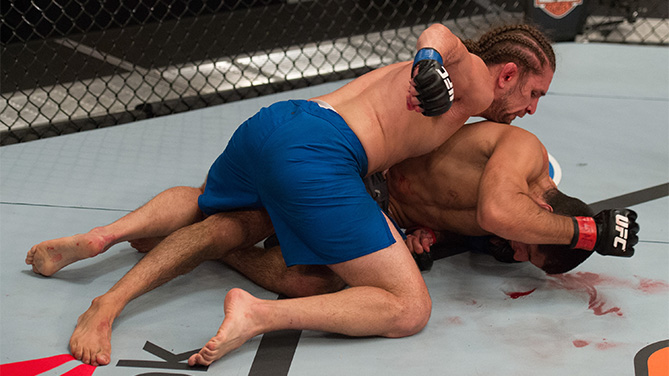 "Stop being a (expletive). Man up, that's the fight to make," McGregor said. "You ain't got nothing left. That's the only fight you have. What else has he got?"

Faber didn't take the bait, but it was clear that McGregor's barbs were just the opening salvo in what's likely going to be a season full of stabs just like this one.

When it came time to fight, Gruetzemacher and Sharma ended up in a war of attrition for two rounds and eventually a sudden victory round to declare a winner. 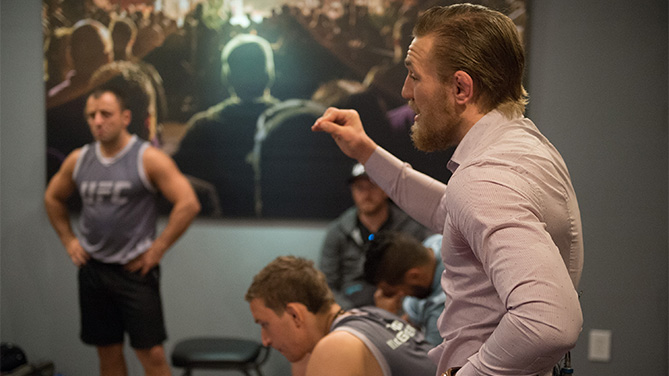 In the early going, Sharma was able to put the pressure on Gruetzemacher, which immediately took his opponent by surprise because he's well known for employing a similar strategy. Sharma also looked good on the ground after nearly catching Gruetzemacher in a triangle choke, but with about a minute to go in the round, the German fighter started to fade as the Team Faber fighter reversed positions and began working his attack from the top.

The second round saw more of the same from Gruetzemacher as he caught Sharma early and opened a nasty cut on his forehead before he poured on the offense throughout the five-minute affair. Gruetzemacher's pressure was unrelenting, and between rounds it was clear that the momentum had shifted from the early going.

The third round was by far the most lopsided of them all as Gruetzemacher took Sharma to the mat and just blasted away at him minute after minute until the fight was over. McGregor nearly lost his mind in Sharma's corner as he screamed at the lightweight to get up off the mat, and even in the few moments when he was able to stand up, seconds later he was back on the ground again.

"Up on your feet! You either want it or you don’t!" McGregor shouted. 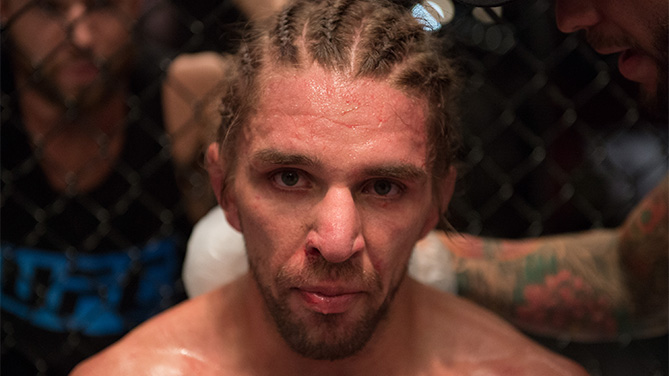 When it was over, the scoring was clearly in favor of Gruetzemacher, as he walked out with a unanimous decision win over three rounds. McGregor, still visibly shaken by the fight, caught a little extra flack from Faber, who celebrated the victory with his team.

With the fight selection still in his control, Faber opted to go with veteran fighter Tom Gallicchio to represent his team against Marcin Wzrosek from Team McGregor.

Can Conor keep his emotions in check and get his team back on track or has Faber already gotten in his head and in the head of his fighters as well? Find out on the next episode of The Ultimate Fighter: Team McGregor vs. Team Faber next Wednesday on FOX Sports 1.