It’s been six fights on The Ultimate Fighter: Redemption thus far and six wins for Team Dillashaw, and while Ramsey Nijem had to fight through a war with Julian Lane on this week’s episode, he ultimately scored the win while putting Team Garbrandt in a do-or-die situation next week.

Before the fight kicked off this week, Lane and Nijem both spent some time explaining how they got back to this season of The Ultimate Fighter. For Lane, he viewed his opportunity on the show not only as redemption, but his chance to finally show what he could do after a lackluster outing the last time he made an appearance.

Sadly, Lane is mostly known for his drunken antics on TUF 16 rather than his fights, but that's what he was hoping to change going into this season. Training under Ultimate Fighter season seven alum Dante Rivera in New Jersey, Lane has left his home in Ohio to add the kind of team that will hopefully prove he belongs among the elite fighters in this sport.

It's not an easy road to travel for Lane, with three daughters waiting for him back at home, as well as an entire family 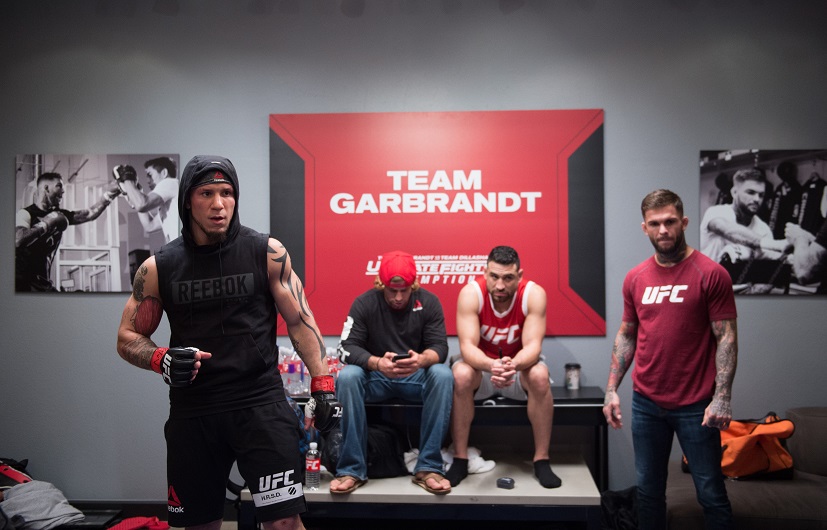 who have supported him through every endeavor. Still, Lane knew that if he wanted to get back to the UFC he had to get out of his comfort zone, and that meant several weeks training before he even got the call to join the show in Las Vegas.

As for Nijem, he enjoyed similar attention during his run on season 13 of the show when he was best known as "Stripper Ramsey," a nickname that fit him considering how often he ran around the house minus all his clothes. That reputation didn't stop him from going all the way to the finals of the show, where he suffered a TKO loss to Tony Ferguson, who is now ranked as one of the best lightweights in the world.

"I got knocked out and woke up in a different reality. I'm thankful for it," Nijem said about that loss.

Nijem managed to put together a solid record after joining the UFC roster, but the bad experience of a controversial split decision loss in his last fight had him questioning whether or not he wanted to lace up the gloves again. Nijem returned home to Utah, where he contemplated his fighting future.

Nijem also had to suffer through a bad car accident that put him out of action for about a year, and that's when he started to realize how much he missed being in the gym every day, as well as the love of fighting. After rehabilitating his injuries, Nijem was refueled and ready to fight again, and that's when the UFC came calling for this opportunity to compete on the newest season of The Ultimate Fighter. Some might call it fate, others destiny, but Nijem just knows he's going to make the most out of this second chance in the UFC.

As both Nijem and Lane looked to make a big statement in their fight, the weigh-ins ended up a little livelier than anyone expected as the two competitors came nose-to-nose before the representative from the Nevada State Athletic Commission had to drag them apart. As if that wasn't bad enough, the two team coaches started jawing at each other afterwards, with Garbrandt and Dillashaw getting into another war of words.

This time the situation boiled over into the coaching staffs as Garbrandt's assistant coach Justin Buchholz started going after Dillashaw's head coach Duane "Bang" Ludwig. Buchholz even went as far as challenging Ludwig to meet him on the preliminary card when Garbrandt faces Dillashaw later this year. Ludwig did his best to keep a cool head because it was clear that this situation was one spark away from exploding, and it still nearly did when Garbrandt became enraged and was ready to throw down with anybody from the other side willing to step up to him.

"The issue at hand is them being sellouts and phonies and fakes, but portraying something that they're not," Garbrandt said of Team Dillashaw.

For his part, Dillashaw says that Garbrandt can't express himself verbally, so that's why every one of these altercations ends up with someone nearly getting into a fight.

Ultimately, it all comes down to the fight between these two competitors and Buchholz is confident that Team Alpha Male has crafted Garbrandt into the best fighter in the world, one who will cruise past Dillashaw when they meet.

While that fight will surely be fireworks, this week it was time for Nijem and Lane to get busy, with the winner moving on to the next round in the tournament. 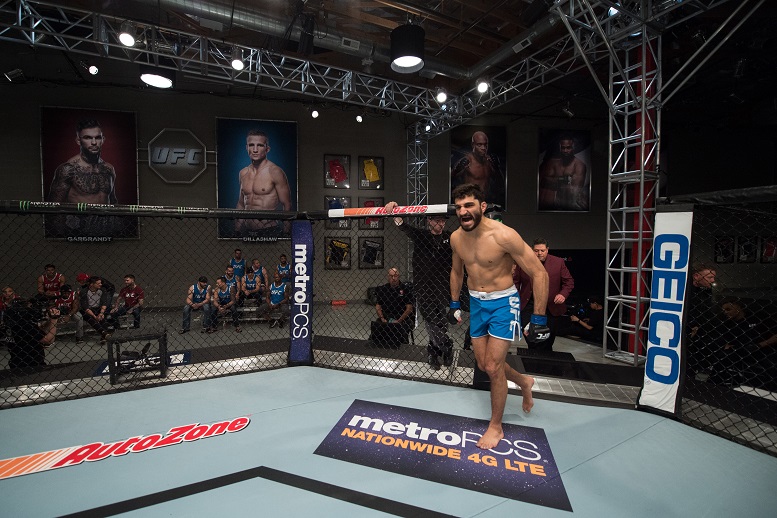 ROUND 1
This fight was non-stop action from the second these two competitors stepped into the center of the Octagon. Nijem was quick out of the gate, but he soon found himself getting clipped by some hard, fast punches from Lane. As the more experienced grappler, Nijem quickly shot in for the takedown, but put his head to one side where Lane saw an opening to grab on to a guillotine choke. The fight went down to the ground and it looked like Lane was going to get the submission as Nijem's face was contorted with pain thanks to the choke being applied. Somehow, Nijem finally wiggled his way free, and once he got back to the feet he finally started to land some better combinations with his hands.

Once again, Nijem decided to look for the takedown and he put his head in the exact same position where Lane grabbed on to the guillotine choke again. This time, Lane had the submission on even tighter as he landed in the mount with Nijem's head locked under his opponent's arms. Garbrandt screamed from the outside just waiting for the tap to come, but it never happened. Nijem once again survived the choke and that's when he turned things around. Nijem got free from the submission before moving into mount where he started raining down hard, heavy punches from the top. When Lane's mouthpiece went flying as a result of one of the punches while he was barely defending himself, the referee stepped in to stop the action. 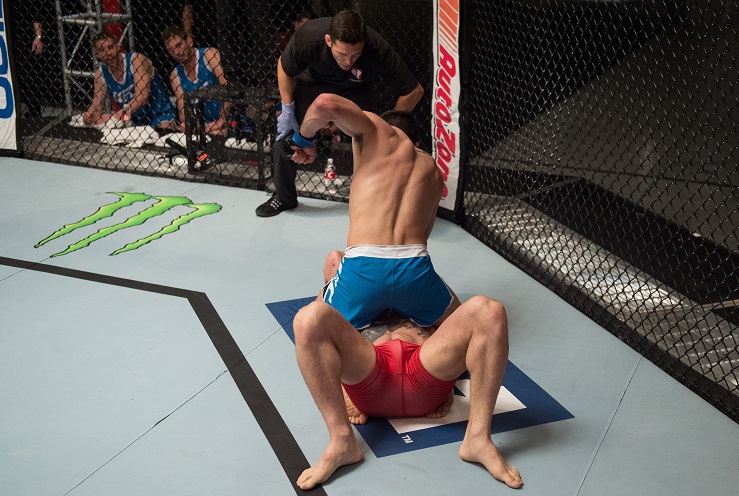 Ramsey Nijem def. Julian Lane by TKO (strikes) in the first round.

With the win, Team Dillashaw moves to 6-0 in the competition with only Justin Edwards left from Team Garbrandt as he hopes to get a win next week when he faces Ultimate Fighter season 2 winner Joe Stevenson. Next week will also mark the wild card selection, as Garbrandt and Dillashaw look to bring back two fighters to compete for the final slot in the second round of the tournament.

It all goes down next Wednesday night at 10 pm ET on FS1, with the new episode of The Ultimate Fighter: Redemption.