Another one bites the dust during the latest episode of The Ultimate Fighter: Redemption, as Team Dillashaw's Dhiego Lima grounded Team Garbrandt's Hayder Hassan over two rounds to keep his team undefeated for the season.

The matchup came together this week because bantamweight champ Cody Garbrandt believed that Hassan had all the weapons to defeat his American Top Team teammate to finally get them on the board, but instead he now stares at an 0-5 hole against his rival TJ Dillashaw.

Ahead of the fight this week, Hassan and Lima faced the reality that they would have to fight in the opening round of the tournament despite neither one really wanting that scenario to unfold. Long before they were rivals on the show, Hassan and Lima were training partners and teammates at the American Top Team academy.

"It's gonna suck but we're here to do one thing and that's fight," Lima said about the matchup.

As preparations began for the fight, Dillashaw became concerned about Lima's confidence going into the matchup with Hassan. While Lima has an impressive resume of fights on his record, Dillashaw didn't exactly see the season 19 veteran exuding confidence in training as he got ready to face his teammate with only one of them moving on to the next round of the tournament.

While Lima was busy questioning himself, Hassan was stuck with the reality that he told his coaches that this would be an easy fight for him and now he had to prove it in the Octagon. Hassan stumbled out of the gate during his UFC career after an ultra impressive run through his season of The Ultimate Fighter where he almost singlehandedly helped American Top Team defeat the Blackzilians in the first ever team versus team format on the show. As incredible as it was to watch Hassan go through three different opponents in a 17-day span on the show, he was never able to translate that success once he fought in the UFC. 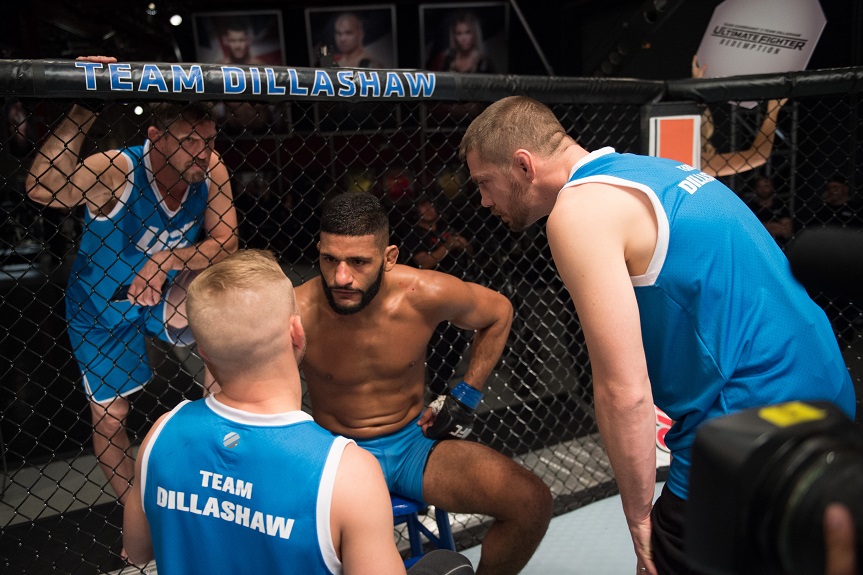 Now he knows that this is his best chance to earn his way back, but Hassan has to go through Lima to do it. During his previous season on the show, Hassan had to put his team on his back to ensure they made it through the competition. Now Hassan is faced with the fact that he's going to have to snuff out Lima's dream if he wants to make it to the next round, and that's much easier said than done.

Elsewhere this week, Garbrandt decided to introduce his team to Dr. John Petrick, who works with the Las Vegas Pain Relief Center, with a technique that was first displayed on an episode of UFC Embedded when he prepared for his fight with Dominick Cruz. In the lead up to his fight, Garbrandt showed off a unique tool where Dr. Petrick puts a balloon up the nasal passage before inflating it, which helps to open up the airways and the sinuses. Garbrandt has used this to help him breathe better during a fight, which can be crucial in those battles where conditioning can make the difference between victory and defeat.

Of course, it's not the most comfortable training tool as future UFC Hall of Famer Urijah Faber found out when he had the first balloon put up his nose and he quickly opted out of trying the other nostril. As funny as it was to see Faber squirming, the rest of the team tried out the technique thanks to Garbrandt's suggestion about how much it's helped him in past fights.

Once Dr. Petrick got to everybody on Team Garbrandt, it was finally time for Hassan to prepare for his upcoming battle against Lima in the fifth fight of the tournament.

ROUND 1
Hassan wastes no time taking the center of the Octagon to set his pace for the fight, but he's not able to land much in the way of any effective strikes despite backing Lima up in the opening moments of the fight. Lima finally finds his opening to counter the striking with a big takedown that puts Hassan on the mat.

Lima advances his position before taking Hassan's back, where he starts fishing for the rear naked choke submission. Lima maintains position and control for the biggest part of the round before Hassan finally wiggles free to get back to his feet. While Hassan was definitely the bigger power puncher, Lima held his own with a few kicks to the body that kept him ahead in offensive output. Hassan was certainly the aggressor, but he couldn't seem to find a home for any of the strikes he was throwing. The first round definitely went to Lima based on his dominant ground game.

ROUND 2
Lima quickly put Hassan down the ground as the second round got underway. The season 19 runner-up once again looked to advance his position to take the back, but to Hassan's credit, he was able to resist this time before working back to his feet. The two fighters then began exchanging strikes, with Hassan seemingly landing the better punches but still not able to put any real damage on Lima. With just over a minute to go, Lima finally swooped in for another takedown as he brought Hassan back to the ground.

Lima went to work before latching on to an arm bar with about 10 seconds to go in the fight. It appeared that Lima might get the last-second submission, but time ran out before he could finish Hassan. Still, Lima's near submission, coupled with his ground control, once again earned him the round and, ultimately, the victory. 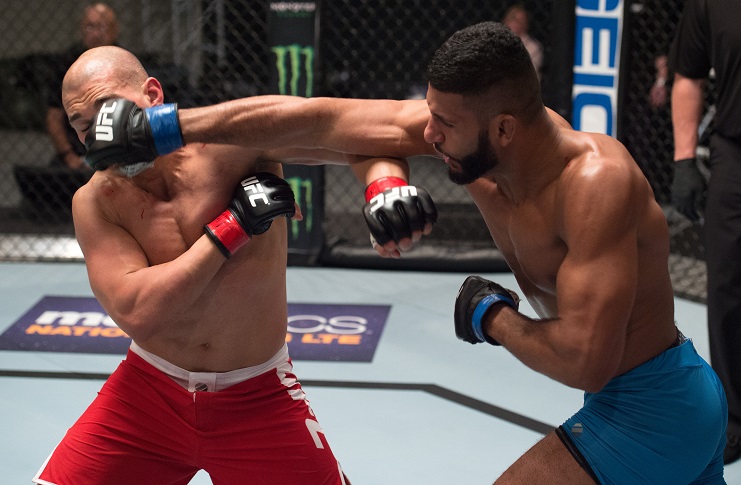 The judges all agreed and Lima defeated Hassan by unanimous decision to put Team Dillashaw up 5-0 in the competition against Team Garbrandt.

"I'm taking this whole thing. Nobody's stopping me," Lima proclaimed after the victory.

Following the latest win for Team Dillashaw, the next fight was announced, as Ramsey Nijem finally gets ready to step back into the Octagon as he takes on Team Garbrandt's Julian Lane. Lane represents one of the last chances Team Garbrandt has to get on the board before the opening round comes to a close, but he's got a tough test on his hands with Nijem serving as one of the favorites to win the entire competition.

It all goes down next week, when The Ultimate Fighter: Redemption returns on Wednesday night at 10 pm ET on FS1.