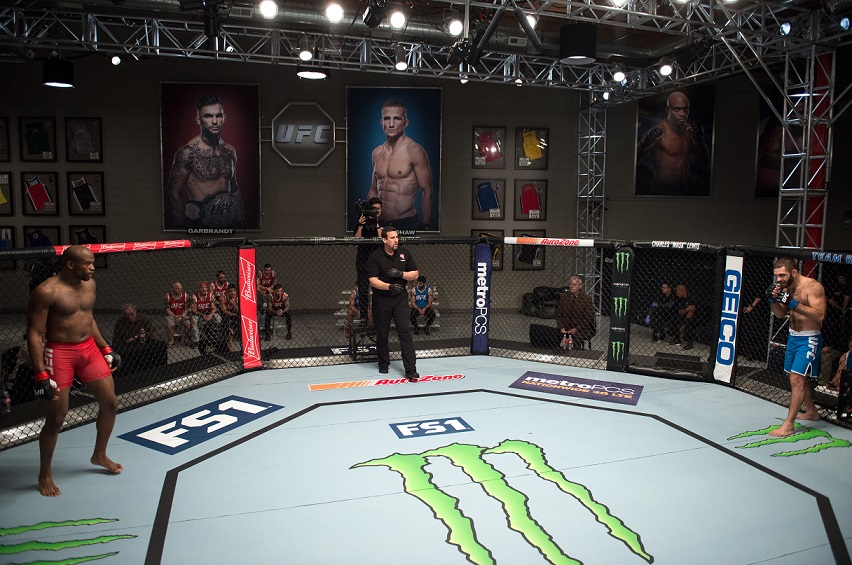 The second episode of The Ultimate Fighter: Redemption ended with yet another massive upset, as Team Dillashaw's Tom Gallicchio pulled off a first-round rear naked choke to finish Team Garbrandt's Eddie Gordon in the latest matchup of the welterweight tournament.

It was a huge blow to bantamweight champion Cody Garbrandt, who has now seen two of his top selections get eliminated in the first two weeks, following another upset when his No. 1 overall pick Seth Baczynski fell in the opening bout of the season. Now with Gordon eliminated, Garbrandt is down 0-2, with TJ Dillashaw having all the bragging rights at the moment.

Before the fight got started this week, Garbrandt and Dillashaw clashed once again after a physical altercation nearly boiled over into a full-on brawl in the debut episode two weeks ago. The disdain shared between the two bantamweights stems from Dillashaw leaving Team Alpha Male in Sacramento, which is the same gym where Garbrandt trains and represents as the UFC bantamweight champion.

The split turned nasty after Dillashaw informed Team Alpha Male founder Urijah Faber that he was leaving the gym to begin training full-time with his head coach, Duane "Bang" Ludwig and a new team in Colorado. Of course, Dillashaw and Faber both have their own versions of what unraveled when he actually left the gym to begin training with Ludwig more than a year ago.

"I did not quit the team. I got kicked off the team!" Dillashaw said during a tense moment while facing off with Faber near the dressing rooms at The Ultimate Fighter gym.

Of course, Faber disagreed with what Dillashaw claimed was his exit and instead insisted that the former bantamweight champion was only asked to leave the gym after he made it clear he was spending his entire training camp with Ludwig in Colorado. Rather than allow a part-time fighter to just show up at any time without any real commitment to the team, Faber says he cut ties with Dillashaw all together.

"He wants to be on our team still is the problem. He sold out," Faber said about Dillashaw.

As the old adage goes, there are two sides to every story, and the truth lies somewhere in the middle. It's not likely Dillashaw, Faber or Garbrandt are going to let these wounds heal any time soon, and the friction between them will likely continue throughout this season of The Ultimate Fighter.

While Dillashaw and Garbrandt always seem just inches away from throwing down in the middle of the gym, the real attention returns to their fighters as they began getting Gallicchio and Gordon ready for the fight ahead this week.

It was a unique situation for Gallicchio, who is now part of Team Dillashaw, but it was just a few short seasons ago when he was part of Faber's team while he coached opposite Conor McGregor in a special Team USA vs. Team Europe edition of the show. Faber knew Gallicchio very well, but he's also evolved a lot since his previous time on TUF.

As Gallicchio revealed this week, he actually had to undergo two major surgeries following his first stint on the show, 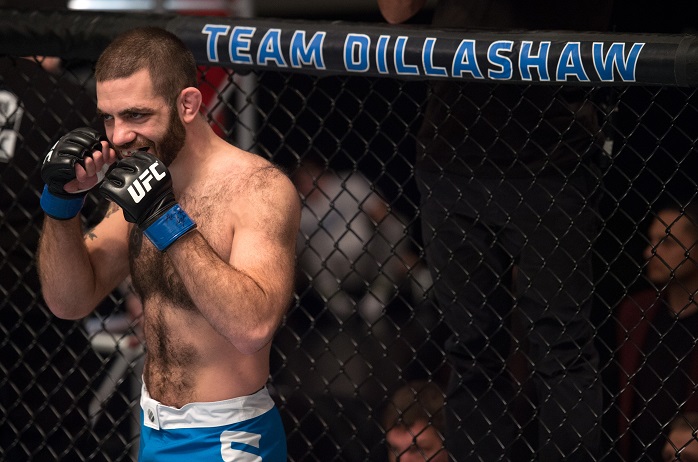 including reconstruction on his shoulder and his foot. Once he regained his health, Gallicchio got back into the gym, but his less than stellar performance on TUF 22 never really sat well with him. So when the call came to return to the show, Gallicchio jumped at the chance to redeem himself.

The same could be said for Gordon, despite the fact that he actually won his season of The Ultimate Fighter that was coached by Frankie Edgar and UFC Hall of Famer BJ Penn.

While Gordon was able to win the show, he could not duplicate that same success in the UFC, and following a couple tough losses, he was released from his contract. Following his UFC exit, Gordon set his sights on getting down to 170 pounds while also refocusing his efforts to earn his way back to the Octagon. With four kids at home and a new weight loss coffee business he's started, Gordon has plenty of responsibilities away from the cage, but when the call came in to return to The Ultimate Fighter, he couldn't refuse the chance.

"Compared to when I was on season 19, I'm a completely different man," Gordon said.

While both fighters promised redemption, only one of them could walk out the winner.

ROUND 1
As the fight got underway, Gordon did a great job setting up a right hand that started landing almost at will while Gallicchio just did his best to absorb the blows. Despite his grappling background, Gallicchio stayed standing with Gordon during the first half of the round, but as he started eating more and more punches, he knew it was time to finally drag this to the mat. When Gallicchio finally saw an opening about midway through the round, he grabbed a single leg takedown and got Gordon to the ground. From there, Gallicchio was all over the Team Garbrandt fighter, quickly transitioning to take the back as Gordon looked to get back to his feet. With Gallicchio attached to him like a backpack, Gordon made a fatal error by trying to loosen his opponent's feet from around his waist rather than fight the hands going for the rear naked choke. Gallicchio knew his opening was there and he latched on to the submission before getting the tap a few seconds later. 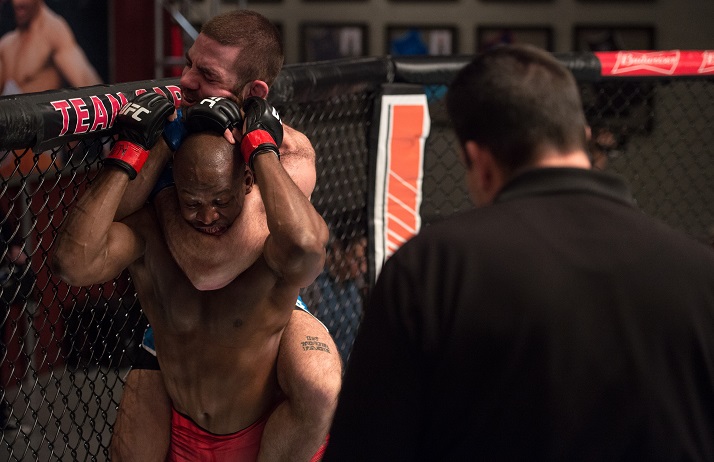 Tom Gallicchio moves into the next round with a rear naked choke submission over Eddie Gordon.

With the win, Gallicchio puts Team Dillashaw up 2-0 in the competition, which clearly ate away at Garbrandt as he watched his former teammate celebrate from the sidelines.

Because the fight picks are alternating this season, the next selection belonged to Dillashaw, who called on Jesse Taylor to represent his team against Mehdi Baghdad from Team Garbrandt. It's a classic grappler versus striker matchup as Team Dillashaw looks to keep the shutout streak going while Team Garbrandt hopes to get on the board with a win next week.

It all goes down when The Ultimate Fighter returns next Wednesday night at 10pm ET on FS1.