It all comes down to this last fight on The Ultimate Fighter: Redemption.

Jesse Taylor - who ruined his chances to win The Ultimate Fighter season seven after a drunken mistake the night after making it to the finals - has made his way back to the semifinals after a dominant run through the competition this season. Standing in his way is the only cast member currently on the UFC roster, as James Krause attempts to redeem himself after failing to make the house during his previous run on the show.

Of course, Krause will have another problem to deal with before he ever steps foot into the Octagon and that's being cleared by a physician for the eye injury he sustained during his last bout against Ramsey Nijem. During a grueling three-round war with Nijem two weeks ago, Krause suffered an eye injury with a scratch to his cornea, and he's still awaiting word from the doctor about whether or not he'll be eligible to compete in the semifinals.

Last week, Krause was fed up with his fellow housemates asking him about the eye injury while seemingly all were sitting on the edge of their seats, hoping to take his spot in the competition. Krause’s temper eventually boiled over in an argument with Johnny Nunez, and those same prying eyes will continue to be lurking in the final episode.
RECAP LAST WEEK'S EPISODE

While Krause awaits word on his diagnosis, he will enjoy seeing a friendly face coming to the house as Ultimate Fighter season 24 winner Tim Elliott will join the show this week as a guest coach for Team Dillashaw. Of course, Elliott was just on last season, when he was able to put together an incredible run through the 16-man flyweight tournament to crown a new challenger to face champion Demetrious Johnson.

Now Elliott returns as a guest coach, which will be a switch for him considering when he's back at home in Kansas City, it's Krause who is actually the leader of their team. Elliott will get the chance to return the favor as he stops by to lend a helping hand while getting Krause ready just in case his eye is healed up enough to allow him to fight.

The house will also produce some drama this week with Elliott's arrival in Las Vegas after he gets into a verbal sparring match with Team Garbrandt fighter Julian Lane. With the end of the season fast approaching, the fighters who are no longer in the competition are just biding their time until they are finally unleashed from the constraints of the house. That means the alcohol will be flowing and that usually doesn't seem to end well for many of the fighters on the show. The battle this week will involve Elliott spouting off to some of the competitors from the other team, which will then dissolve into a full-blown shouting match with Lane and several other fighters.

Needless to say, tempers flare in a hurry and that could certainly end poorly for more than a few people left in the house.

Now while there's no indication going into this week if Krause will be able to compete or not, he's still preparing for the matchup against Taylor, which is a very intriguing fight pitting grappler against grappler. 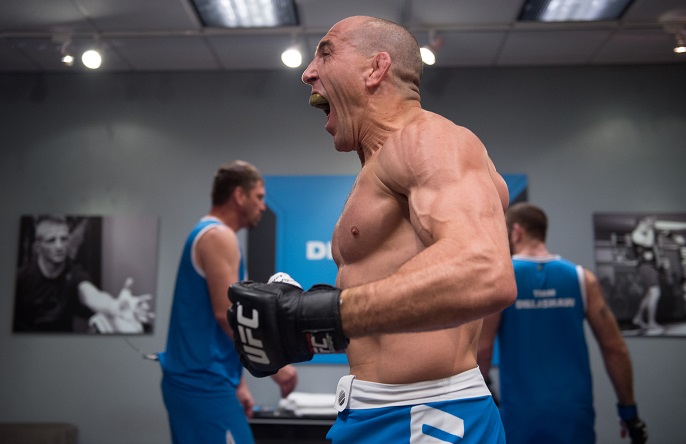 Taylor was one of the top picks this season because coach TJ Dillashaw knew he possessed a powerful wrestling game that could be a huge weapon in a tournament format like this one. Taylor is a brute at 170 pounds, with a wrestling attack that's been virtually unstoppable this entire season. Taylor is not only a well skilled wrestler, but he can also grapple with the best of them, as he showcased in his quarterfinal win over Hayder Hassan a few weeks back.

It's hard to imagine that Taylor will deviate from his plan going into this final fight, since out wrestling the opposition has gotten him this far in the competition. Taylor has made no secret of his strategy to power forward, blast through with a big double leg takedown and then blast away with a punishing offensive attack from the top. Of course, Taylor is also well suited at passing through an opponent's defense to then apply a move from his submission arsenal.

As for Krause, he's arguably the best overall grappler on the show this season with a long background in Brazilian jiu-jitsu which has earned him several wins throughout his career. Krause is a very tall, lanky fighter at 170 pounds, which means he'll look to use that length to wrap up a submission if Taylor is searching for the takedown. There's little doubt that Taylor will attempt to get this fight to the ground, but the key remains whether or not Krause can stop him, submit him or get back to his feet.

Krause has a very slick grappling game, so he may look for reversals off of submission attempts, which could then put him in a better position than being stuck under Taylor for three rounds. Then again, Krause may prefer to stop the takedown altogether, which is much easier said than done when going up against a wrestler as powerful as Taylor.

The chess match will only play out if Krause can gain clearance from the physicians to put him into this final fight with Taylor. If Krause is unable to continue, who will coach Cody Garbrandt pick to replace him in the fight?

Tune into the season finale of The Ultimate Fighter: Redemption tonight at 10pm ET on FS1 to find out.