The semifinal matchups are set after two fights took place on the latest episode of The Ultimate Fighter: Redemption.

The first matchup this week saw Jesse Taylor take on Hayder Hassan, who was the last remaining member of Team Garbrandt still in the competition. Before the fighters could even step on the scale to weigh in, bantamweight champion Cody Garbrandt and fellow coach TJ Dillashaw began jawing at each other while once again getting into a brutal war of words in front of their teams.

The back and forth argument ended up involving Team Garbrandt assistant coaches Justin Buchholz, as well as Danny Castillo, while they were chirping back and forth with Dillashaw. Meanwhile, Dillashaw's coach Duane "Bang" Ludwig did his best to play peacemaker, but even that erupted into even more arguments between the two sides.

Even as Taylor and Hassan stepped on to the scale to weigh in for their fight, Garbrandt and Dillashaw continued shouting at each other in an expletive-filled tirade as things got pretty uncomfortable for everybody involved, with the coaches seemingly inches away from throwing down right there. Finally, James Krause voiced a very loud opinion that it was time to shut up so Taylor and Hassan could square off because this day was supposed to be about them.

"Definitely super annoying," Taylor said about the coaches bickering back and forth throughout his weigh-in.

Once the weigh-ins were completed, it was time for Taylor to face Hassan in a classic matchup pitting grappler against striker with the winner moving onto the semifinals, which kick off next week.

ROUND 1
It took no time for Taylor to shoot in for a takedown, and while Hassan did a good job of avoiding him for the first 15 seconds, it was only a matter of time before he got the fight to the ground. Taylor grabbed a nice single leg takedown before immediately transitioning on the mat to take Hassan's back. Taylor methodically worked his arms around the head and then under the neck as he looked to cinch up the rear naked choke. Hassan fought as best he could, but ultimately he couldn't keep Taylor from wrapping up the submission. Hassan was forced to tap out and Taylor was officially moving on to the next round. 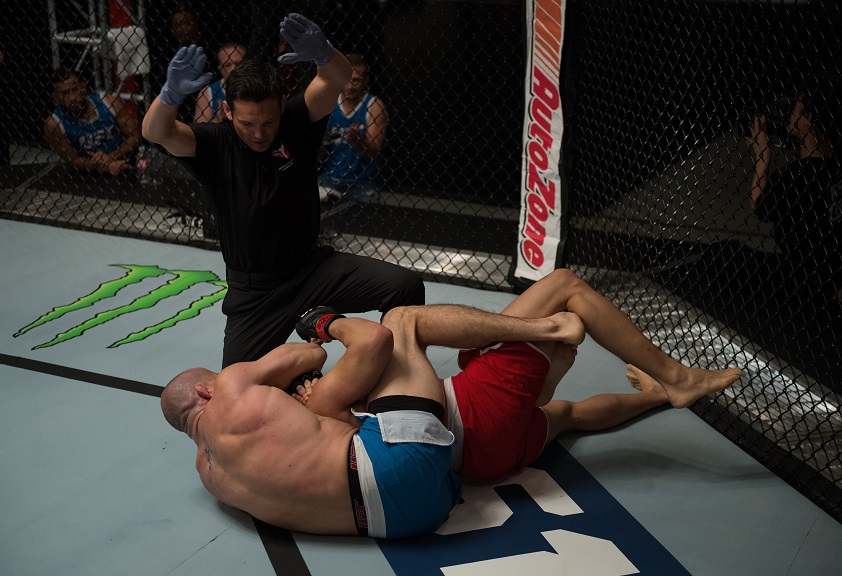 With Taylor moving on to the next round, it was time for the final quarterfinal matchup as James Krause took on Ramsey Nijem in a battle of teammates under TJ Dillashaw. Nijem admitted that he wasn't thrilled about the fight only because he felt that this could have easily been the final for the entire tournament.

"I really think me and James could be at the finals if we weren't thrown at each other right now," Nijem said.

Krause echoed those sentiments while also adding that he had become good friends with Nijem while working together throughout the season. But all that had to be set aside with only one of them moving forward in the tournament.

"Business is business. I'm not here for Ramsey. I'm here for myself," Krause said.

ROUND 1
Krause quickly swoops in for a takedown to start the fight and he's quick to look for the transition to pass Nijem's guard on the ground. Krause is a very crafty ground specialist, so he does a great job moving in and out of Nijem's defense before looking for a head and arm choke on the mat. Nijem is able to scramble free, but he gives up his back at the same time as Krause tries to lock his hooks in before looking for the submission. Nijem stays patient before exploding to twist out of the bad position before working his way back to the feet. Once they separate, both fighters land a few solid stirkes on the feet before Krause pushes forward with another body lock takedown. Nijem stays busy before working his way back up again before one final flurry on the feet. Nijem lands a solid punch while Krause cracks him with a spinning back fist before the horn sounds. Krause did enough to win that round.

ROUND 2
Nijem comes out in a hurry, looking to pour the punishment on Krause, who didn't seem to expect that quick start from his opponent. Nijem unleashes a big flurry of punches before trapping Krause against the cage, where he starts landing some really hard shots. Krause looks stunned for a second before Nijem ducks underneath and gets a takedown. Nijem then looks to take the back, but Krause is quick to escape. Nijem stays in control with two more takedowns in the round, but during the final exchange, just before the horn sounds, it's clear that he's starting to run out of gas. Nijem takes round two after a strong performance. 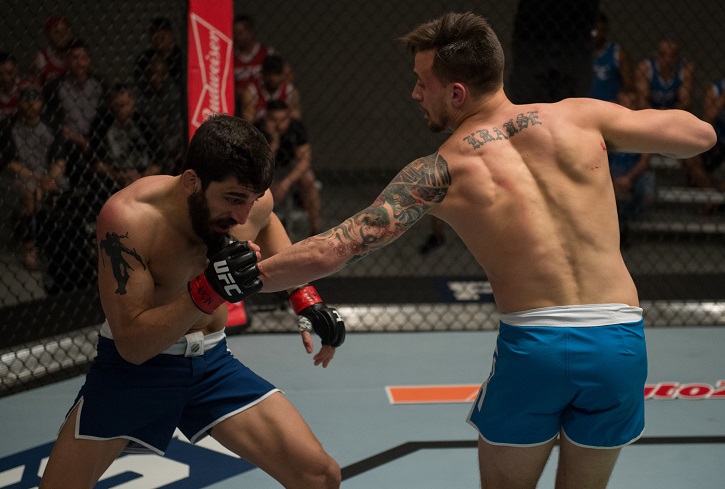 ROUND 3
The fighters move into the sudden victory round with Nijem trying to take control early with another takedown, but this time Krause is able to sprawl out on the mat. Krause quickly moves from there to take the back before Nijem scrambles to get back into guard. Krause once again looks for the head and arm choke, but even as exhausted as he was, Nijem still stayed calm, slipping free of the submission. Krause stays in control on the mat as Nijem's coaches were screaming at him to go for broke because time was running out. Nijem eventually worked his way free and he definitely went for the knockout during his final exchange with Krause before grabbing a takedown just before the end of the round. Nijem landed a few short elbows and punches while Krause defended and then worked back to the feet just as the horn sounded. Krause seemed to get the edge based on his grappling and ground control through the first few minutes. 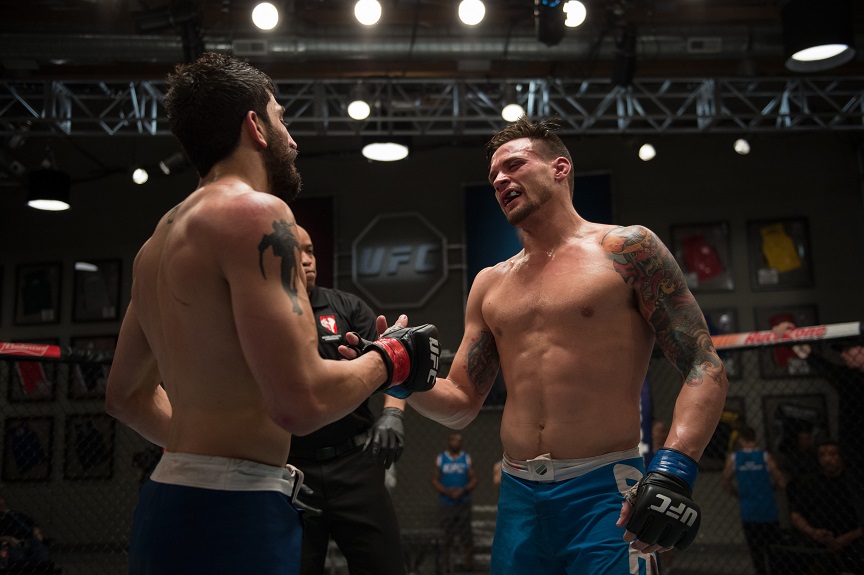 Unfortunately, during the fight, Krause suffered an eye injury but still hoped to move forward in the competition as UFC President Dana White made his selections for the semifinal round.

The matchups announced were Tom Gallicchio taking on Dhiego Lima and then James Krause facing off with Jesse Taylor. Only two episodes remain this season, with the semifinals kicking off next week as Gallicchio faces Lima with the first finalist being crowned.

Don’t miss a minute of the action as Gallicchio faces Lima on The Ultimate Fighter: Redemption next Wednesday night at 10pm ET on FS1.