Read on to find out which featherweight moved on to the Ultimate Fighter Latin America finale! 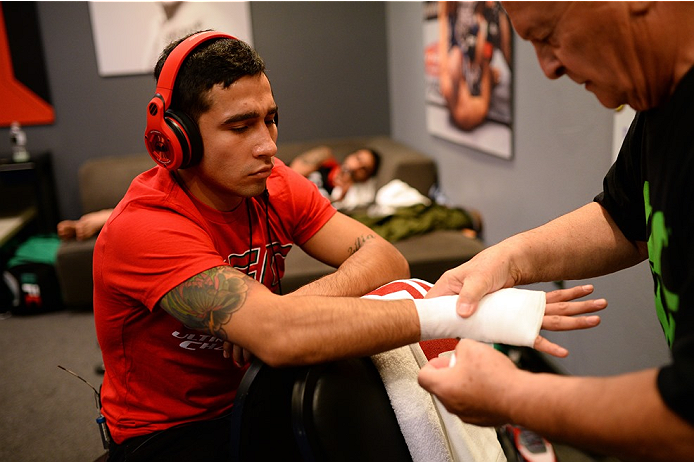 The episode begins with an update on Marlon “Chito” Vera’s condition. Scheduled to face Alejandro Perez in the semifinal match, Chito has a skin condition that could prevent him from competing. The rashes on his face and body are becoming progressively worse, and he’s starting to feel nauseous as well. As a precaution, he’s quarantined at a local hotel so he doesn’t infect the other housemates. As Chito’s chances dim, the other bantamweights on Team Latin America could be given a second opportunity. Guido feels that he should replace Chito because he was “robbed” in his fight against Marco. Fredy fought Alejandro in the first round, and many thought that the judges stole a victory from him, too.
Chito goes to the doctor and receives the bad news. His condition is improving and he’s not contagious, but she will not clear him to fight. He’s devastated, but realizes that there’s nothing he can do. “That’s life,” he tells us, “God has a path for us all.” It’s not all bad news, though. Dana White meets with Chito and Coach Werdum and tells them that Marlon will be able to compete in the finale in Mexico City. Dana then meets with all the fighters and reveals his plans for a replacement. Guido’s pleas have been answered and he will get a second chance to compete.
> Watch: Marlon Vera Meets with Doctor
The Team Mexico coaching staff believes Guido will be a more difficult test than Chito, but they have a gameplan in store. They want Alejandro to move in and out, and avoid standing in front of Guido. They also worry about Guido’s kicking attack and drill defense. On the Team Latin America side, Guido says that he’s going to box more than usual because “they expect me to kick.” Guido also plans on using the clinch and strike with knees. We also see the coaching staff working with Guido and telling him to be careful about dropping his right hand when he strikes. Will it come into play? We’re about to find out because it’s fight time!
ROUND ONE
Guido attacks first. He comes out extremely aggressive and looks for the quick knockout. He blasts a few low kicks and Alejandro works his boxing. Guido charges forward and Alejandro hits him with a counter hook. 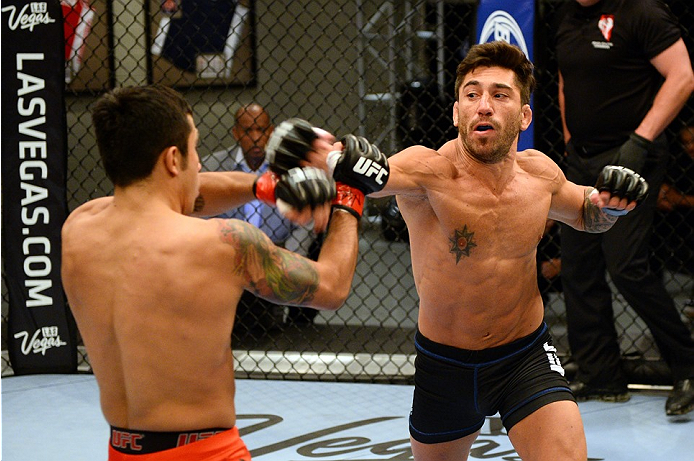 Guido keeps blitzing and his corner yells at him to calm down. He ignores them and swings some more wide punches. Alejandro hits him with another counter hook. They separate and both fighters remain active with their feet and bounce around. Guido lunges at Alejandro and the counter hook finds its mark once again. This time, it drops him and he’s stunned. Alejandro dives on top of him, lands one more punch for good measure and the referee stops the fight. Alejandro Perez advances to the finals via TKO at 3:20 mark of the first round. 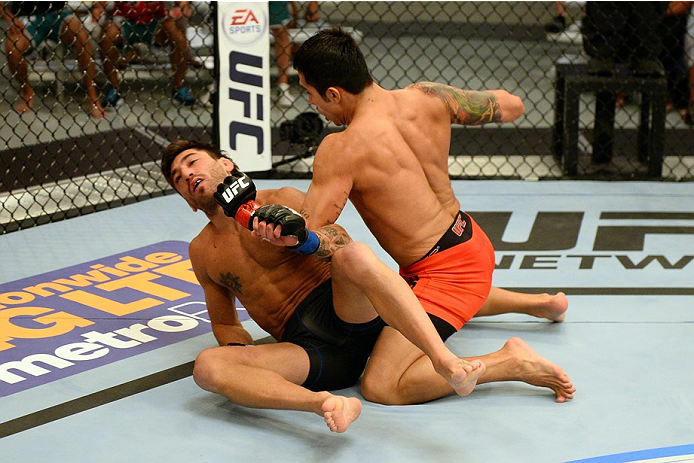 Dana White credits Guido because, “he came out and fought like he wanted to win.” Guido admits that he lost focus and realizes that he probably needed this loss to teach him some humility. Alejandro is overcome with emotion and gives a tearful interview. Alejandro has secured his spot in the finals, and next week we will find out who his opponent will be.
Can Jose win and set up a third fight against Alejandro? Does Marco overcome being isolated from the rest of Team Mexico to pull the upset? How does Guido respond to his first KO loss? Find out this and more next week on The Ultimate Fighter!