It's hard to ever remember a season of The Ultimate Fighter as evenly matched as what has been unfolding during the latest installment of the Latin America version of the show, which pits lightweights coached by Chuck Liddell and Forrest Griffin against one another.

The newest episode once again featured a split in the two fights showcased, as Leonardo Rodriguez got a win over Yasser Castillo while Team Griffin's top pick, Martin Bravo, finally got in the fray with a victory against Javier Ganin following a knee injury that flared up during their fight on the show.

The first fight up this week saw Rodriguez face Castillo in a battle between two hungry up and comers looking to prove themselves on the biggest stage in the world. Rodriguez was a heavy favorite going into the fight, at least according to his teammates, who raved about his work ethic, power and endurance to outlast almost anybody in the competition. Castillo wasn't going to just fade away without a fight and he certainly gave Rodriguez everything he could handle 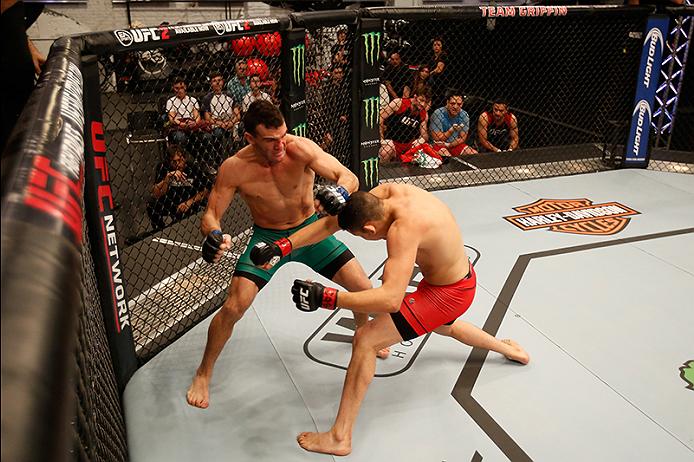 As the first round got underway, it was clear that Rodriguez had a game plan that involved putting a ton of pressure on Castillo while looking for a way to drag the fight to the ground. Rodriguez constantly pushed Castillo against the cage while fishing for any way he could get the fight to the mat but, to his credit, the Team Griffin fighter resisted him at every turn. Castillo actually did a great job working his way off the fence, especially after he saw an opening on a couple of occasions where he nearly grabbed a guillotine choke that forced Rodriguez to abandon his strategy and back out to the center of the Octagon.

Rodriguez's persistence to get the fight to the ground finally paid off when he landed a late takedown before immediately transitioning to try and take Castillo's back. With time running out in the round, Rodriguez made one last desperate attempt to go for an armbar, but time ran out before he could lock anything up. Those last few sequences may have been enough for Rodriguez to earn the round.

The second round saw much of the same, as Rodriguez constantly plodded forward with big, lunging attacks on the feet, and while his striking was ultra sloppy, it made Castillo go backwards time after time. Forrest Griffin was losing his mind in the corner, yelling at Castillo to stop backing up, but the inexperienced competitor just couldn't get out of his own way as Rodriguez kept stepping forward on him. Rodriguez's attacks included several attempts to grab Castillo in a Muay Thai clinch, where he kept blasting away with knees, and even though none of them landed flush, it was clear he was racking up a lot of points on the scorecards for an eventual decision.

When it was all over, Rodriguez was declared the winner by majority decision while punching his ticket to the next round of the tournament.

Following the conclusion of that fight, the next bout was announced, as Griffin's top pick Martin Bravo was selected to face Javier Ganin from Team Liddell. Bravo was considered to be one of the favorites to win the entire competition, and now he was finally ready to prove why as he prepared for a showdown with Ganin.

Before Ganin could even step into the Octagon to try and pull off the upset, he suffered a knee injury in training that had him wondering if he'd even get the chance to fight. Ganin knew the knee injury was bad enough that he had to get checked out by a doctor, who then recommended that the Team Liddell fighter get an MRI to ensure there wasn't anything seriously damaged in his joint.

While Ganin waited for an outcome on his medical condition, the fighters did get a break from training and the solitude of living in the house when the UFC provided them a television to watch the event from this past May headlined by Cody Garbrandt's spectacular first round knockout over Thomas Almeida. The fighters all remarked just how incredible it was to see a top undefeated prospect like Almeida get picked apart and finished in a matter of minutes, which proved once again that anything can - and often does - happen in this sport.

Following the night of fights, Ganin got word from the doctor that his knee was good to go and he was cleared to fight Bravo for one of the final spots in the quarterfinal round of the tournament. 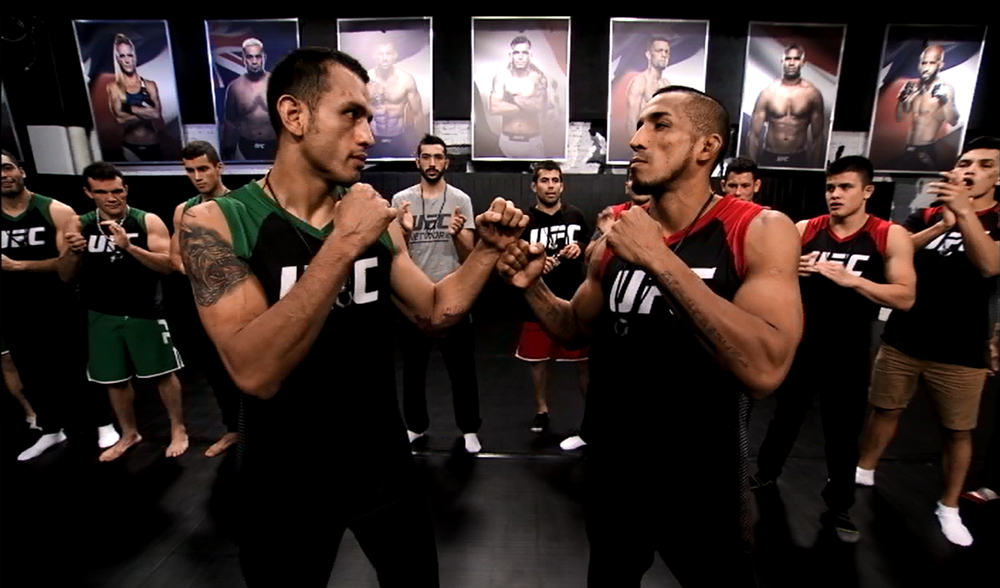 What appeared to be at least a slight mismatch on paper didn't play out that way at first, with Bravo on the attack as the aggressor and Ganin doing a solid job to counter him while backing up. Bravo was able to land several stiff, straight punches that saw a small gash open up on Ganin's nose. Bravo was certainly accurate with his punches, but Ganin wasn't backing away without a fight. The Team Liddell competitor threw several combinations off his back foot and connected on several good shots in response to the offensive flurry from Bravo.

Sadly, Ganin never got the opportunity to find out if he could have pulled off the upset because Bravo was able to land several leg kicks - the last of which clipped his opponent with a glancing blow and his already injured knee gave out. Ganin fell to the ground in obvious pain and the referee swooped in to stop the fight before he took any undue punishment. Bravo was declared the winner by TKO as Griffin's top choice moves forward in the tournament.

With Bravo now in the quarterfinals, that left only one matchup remaining in the opening round of the tournament, as Team Liddell fighter Fabian Quintanar will take on Team Griffin's Alejandro Martinez. That bout will end the elimination round, and then next week's episode will also feature the quarterfinals being put together and announced.

Who will take the last spot in the next round and how will Liddell and Griffin look to match up their fighters in the quarterfinals? Tune in to the next episode of The Ultimate Fighter Latin America 3 on UFC FIGHT PASS to find out.