The first finalist for this season of The Ultimate Fighter Latin America has been determined, as Martin Bravo from Team Griffin defeated Leonardo Rodriguez from Team Liddell.

Before the fight on the latest episode unfolded, the fighters first had to say goodbye to coach Forrest Griffin, who spent his last few days with the competitors during before heading home to the United States. Coach Chuck Liddell was forced to go home earlier in the competition but Griffin stuck around almost until the end as he helped his team make it through a very tough tournament pitting 16 of the best up and coming lightweights from Latin America against each other.

Griffin was very close with his team all season long and he will definitely keep an eye on the last two semifinals before the competition comes to a close. 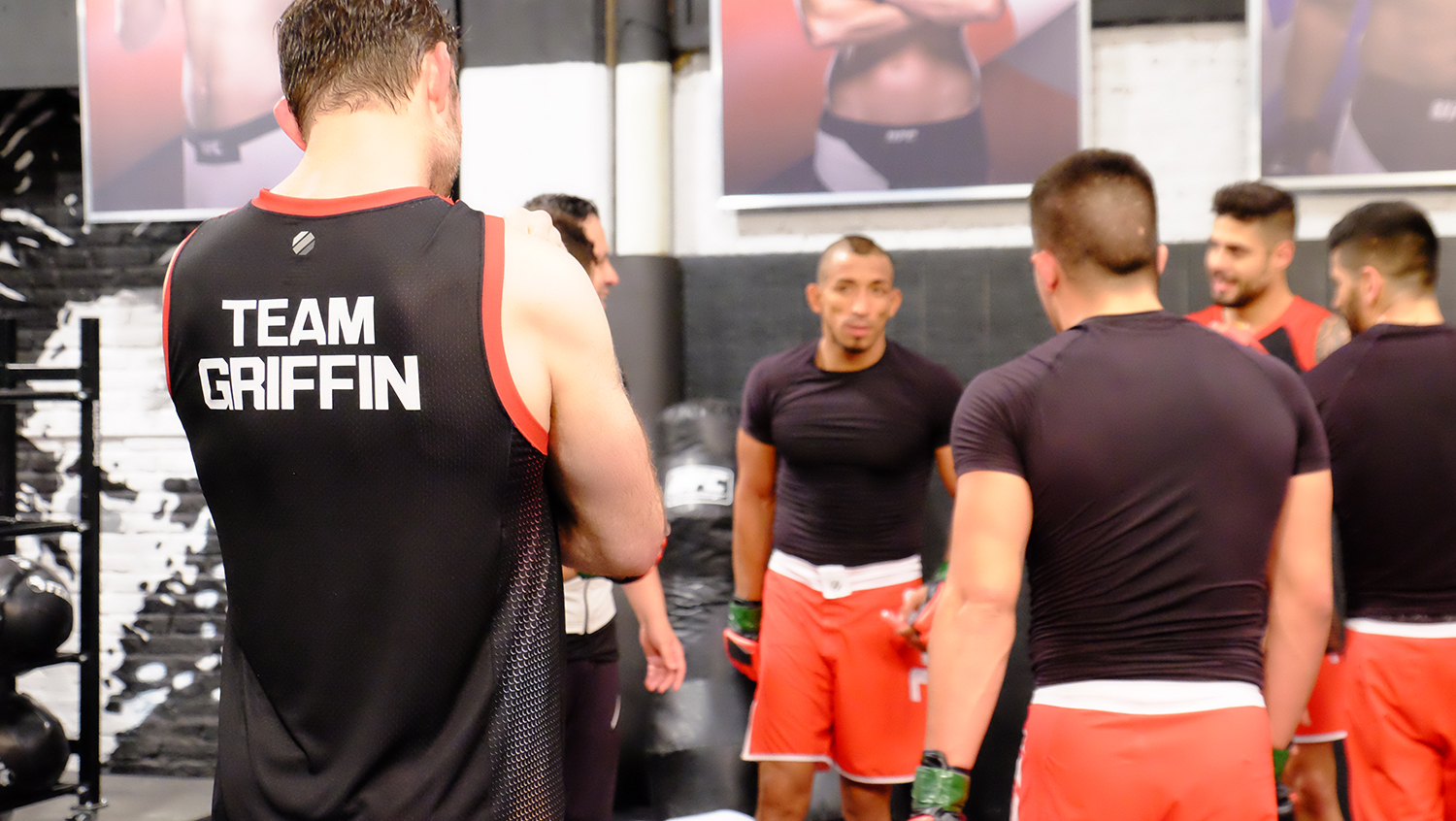 To make sure that Griffin's team would go without a head coach for the last week, the UFC brought in top ranked welterweight contender Demian Maia to help before the season came to a close. With a six-fight win streak under his belt, Maia seems like the next fighter in line to compete for the welterweight title against the winner of the UFC 205 co-main event between Tyron Woodley and Stephen "Wonderboy" Thompson, and his knowledge was an invaluable addition to the fighters on the show this season.

From the moment Maia walked into the gym, it was clear the fighters were excited to work with the multi-time Brazilian jiu-jitsu champion, and with Bravo looking to potentially out grapple Rodriguez this week, it was a perfect match for the Team Griffin competitor.

Liddell's team also got a guest coach this week, with top 15-ranked featherweight superstar Yair Rodriguez joining the show. Rodriguez actually won the first season of The Ultimate Fighter Latin America, so he's gone through the process before and knows exactly what the competitors are dealing with as the tournament comes to a close. Rodriguez was still very raw when he competed on the first season of the show, but since that time he's developed into one of the best prospects in the entire sport. Rodriguez not only served as a great resource for the fighters heading into the semifinals, but also as an inspiration for them to see just how far you can go in a very short time after the reality show is finished.

With only a matter of days left in the competition, the fighters also got to enjoy a night out on the town with an extravagant dinner to celebrate the season. Of course, a few of the competitors were still cutting weight, so not everybody got to enjoy the dinner as much as the others, but it will all taste that much better with a win and an invitation to the finale on November 5 in Mexico City.

Once dinner was wrapped up, Liddell and Griffin each took time to meet with their fighters via Skype before the semifinals kicked off. Liddell told Rodriguez to keep the pressure on during his bout with Bravo, as he will have a size and power advantage over the much smaller Team Griffin fighter. As for Griffin, he just passed along some messages of positivity as Bravo got ready this week and Marcelo Rojo prepares for his fight in the final episode against Team Liddell's No. 1 pick, Claudio Puelles.

The fighters were also treated to one more special guest this week as boxing legend Juan Manuel Marquez sent them a special message from Mexico ahead of the semifinals. Marquez has fought the best of the best inside the ring and he's an icon of Latin American combat sports, so his appearance was undoubtedly a huge moment for everyone on the show.

"The four of you have shown to be the best fighters out of a select group. You are very close to having your dream come true, to win and be a part of the UFC. The final moment has come, it's time to get it done for your country and fight these last rounds that separate you from the victory," Marquez said.

It definitely served as motivation for everybody preparing for the semifinals and with that, it was finally time to kick things off.

As this fight got underway, it was clear that Rodriguez listened to his coach as he went on the attack almost immediately and started attacking Bravo's lead leg with kicks. Rodriguez was extremely active in the early going, and during one exchange he clipped Bravo with a hard right hand that seemingly wobbled the Team Griffin fighter. Bravo quickly recovered before getting into a couple wild exchanges with Rodriguez on the feet. While Rodriguez landed the best punch in the first, it was Bravo who came storming back with a couple takedowns as well as some ground-and-pound on the mat before the horn sounded that may have secured him the round.

As Rodriguez started to tire in round two, Bravo was able to take advantage with a good ground attack as he took the fight to the ground on a couple occasions. Much to the chagrin of his coaches, Rodriguez continuously threw kicks, which Bravo countered perfectly before tripping him up and taking him down. The second takedown, with time ticking away in the round, saw Bravo land in side control, where he rained down some hard elbows and punches from the top.

The third round saw more of the same as Rodriguez continued to slow, which meant his kicks became even more predictable for Bravo to counter and reverse. Bravo's ability to put Rodriguez on the ground repeatedly was a huge factor in the fight. By the time Bravo was getting the takedowns late into the third, Rodriguez stopped looking for the counter to get back to his feet and instead resigned himself to battle from the bottom. When the final horn sounded, it was clear that Bravo had earned the victory. 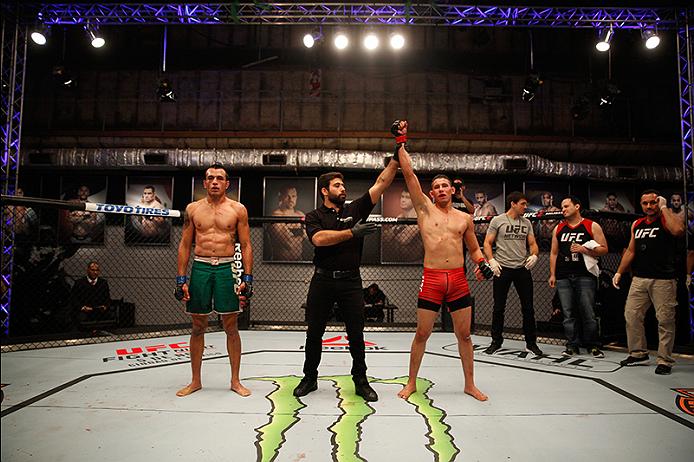 The judges all agreed and Martin Bravo got the win by unanimous decision after three rounds.

With Bravo now officially in the finals, that only leaves his teammate Marcelo Rojo against No. 1 overall pick Claudio Puelles next week to determine his opponent.

Who will join Bravo at the live finale on Nov. 5? Tune in to the final episode of The Ultimate Fighter Latin America this Wednesday on UFC FIGHT PASS to find out.