When the latest season of The Ultimate Fighter Latin America started, coach Chuck Liddell immediately pegged Peruvian prospect Claudio Puelles as his top pick and the most likely candidate to make it to the finals on November 5 in Mexico City.

Puelles was definitely one of the most talked about prospects to start the season as he entered the competition with an impressive 7-1 mark and a lot of hype around what he brought to the table as one of the most well rounded fighters in the tournament. So far, Liddell's faith in Puelles has been proven correct as the lightweight prospect has gone 2-0 with two finishes - one by TKO and the other by submission - but if he wants to make the finale, he still has one more hurdle to jump. 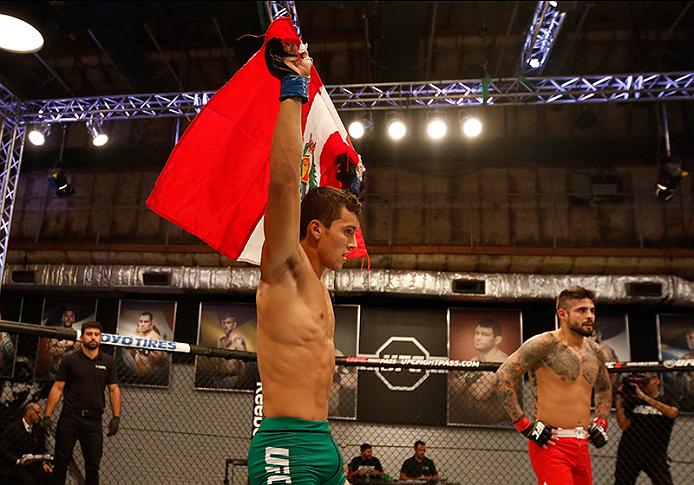 On the last episode of The Ultimate Fighter Latin America 3 this week, Puelles faces off with Team Griffin upstart Marcelo Rojo, who will look to pull off the upset and ultimately face his training partner Martin Bravo in the finale.

While Puelles has undoubtedly been one of the most talked about and watched fighters on the show this season, he's also failed to make many friends in the house. During his preparation for the quarterfinals, Puelles was reserved and rarely spent time with his teammates as he prepared for his bout. Many of the other fighters regarded this as Puelles being antisocial and standoffish with them, which immediately made him less of a favorite amongst his peers.

Puelles has chalked it up to anxiety being in a house with 15 strangers while locked away from his friends and family. Puelles has also gone through his own mental battles this season, which hasn't helped him create many relationships with his fellow fighters. Despite being the odds-on favorite to make it to the finale, Puelles' own confidence has been rattled throughout the competition and perhaps the pressure will finally get to him this week?

With just days counting down until the fight, Puelles not only has to battle his own mind, but his biggest fight may come against his body.

Puelles is one of the bigger fighters in the competition - a legitimate lightweight - which has worked to his favor thus far, but going through a third weight cut in just six weeks may take its toll. The weight cut was a big concern for Puelles going into his last matchup and now he has to do it all over again this week while also preparing for a three-round fight. The semifinals are all set up to potentially go for 15 minutes and that will undoubtedly test Puelles' conditioning and readiness if he struggles to get down to the lightweight limit just 24 hours before taking on Rojo.

All of that will combine into another crisis for Puelles this week and he once again faces some tough decisions before stepping into the Octagon. Liddell hasn't been around his team for several weeks, but he's continued to pass along messages to get them ready for the upcoming fights. Liddell's assistant coaches have tried to boost Puelles' morale as he gets ready for this crucial semifinal matchup because this one is the only fight that matters. Without a win this week, Puelles goes home as another prospect who didn't live up to expectations.

While Puelles remains distanced from his teammates and fellow fighters this week, Rojo will show off just how close he's gotten with the other competitors. 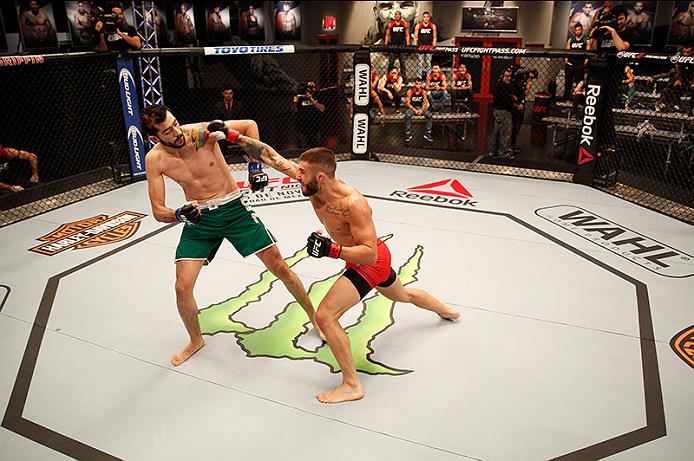 Rojo hasn't faced any of the same social anxiety problems that his opponents have dealt with this season, and instead he's embraced the situation to get to know a group of fighters with diverse backgrounds from all over Latin America. It also doesn't hurt that Rojo is probably the best cook in the house, so his culinary skills have been put to the test more than once as the other fighters continue to request his recipes from day to day.

With the hours ticking down until the season comes to a close, the fighters will also enjoy a full barbecue this week provided by a professional Argentinean chef. It's been a long season for the 16 fighters in the house and they are undoubtedly ready to travel back home to see their families, but this will be one last chance to spend time together before the show is over.

This season has brought competitors from throughout Latin America together, and it's an experience none of them will ever forget.

From there, it's time to focus on the final fight between Puelles and Rojo.

As previously stated, Puelles has been ultra impressive with everything he's done this season despite facing his own anxiety ahead of every fight. Puelles is a complete mixed martial artist, with very good takedowns, a slick submission game and a rapidly improving striking arsenal that gives him a way to win no matter where this fight goes. Puelles is probably best on the ground, where he's a punishing force on top, especially considering his size and reach that will both be an advantage over Rojo.

Rojo is clearly the underdog, but he's also more than capable of pulling off a few surprises of his own. Rojo is a very scrappy fighter, who will probably look to draw Puelles into some wild exchanges where he could uncork some unorthodox combinations. The key for Rojo is not giving up too many takedowns where Puelles can control the action on top and maintain his conditioning over three rounds. If Rojo can stave off those attempts and force Puelles to chase him to engage, he could wear the Peruvian down and by the third round really look to take over.

Will Puelles prove that he was worthy of Liddell's top pick or can Rojo pull off the upset to meet his teammate in the finale on Nov. 5? Watch the final episode of this season of The Ultimate Fighter Latin America tonight to find out.