Chuck Liddell and Forrest Griffin know firsthand just how much winning The Ultimate Fighter can mean to a competitor's career after both participated in several seasons of the long running series.

For Griffin, winning the show actually launched his career more than a decade ago, and his finale fight with Stephan Bonnar in 2005 is still recognized as one of the best and most important fights in UFC history. Griffin then went on to become light heavyweight champion later in his career and was also inducted into the UFC Hall of Fame.

Now the two UFC legends look to impart some of their knowledge and experience to the next group of fighters from Latin America, with 16 lightweight fighters all vying for a chance to make it to the live finale on November 5 in Mexico City.

"One of you guys is going to be the next superstar," Griffin said to the fighters.

As the first episode got underway, Liddell and Griffin showed the fighters a message from UFC President Dana White, who promised each and every one of them that this would be a rewarding experience if they made the most of their opportunity as part of the show. While the fighters were surely overwhelmed from the first day on the show, Liddell and Griffin wasted no time moving the competitors into a series of training exercises as they began assessing the talent on the show so team selection could begin.

Griffin noted that many of the fighters coming out of Latin America already have solid striking, especially with a boxing-heavy background for a number of the athletes. That being said, Griffin knows that if everyone on the show is a good striker, then the fighters who can wrestle and grapple could be at a big advantage when it comes to controlling the action and putting opponents in unfamiliar territory throughout the tournament.

Following the brief training session, a coin was flipped, which then gave Liddell the chance to either pick the first fight or make the first team selection. Unlike past seasons, the fight selection will actually bounce back and forth between the two coaches, so winning the first fight won't keep control for that particular coach, so Liddell decided it was better to pick the fighter he wanted the most instead of choosing the opening bout.

The fighters selected for Team Liddell and Team Griffin are as follows: 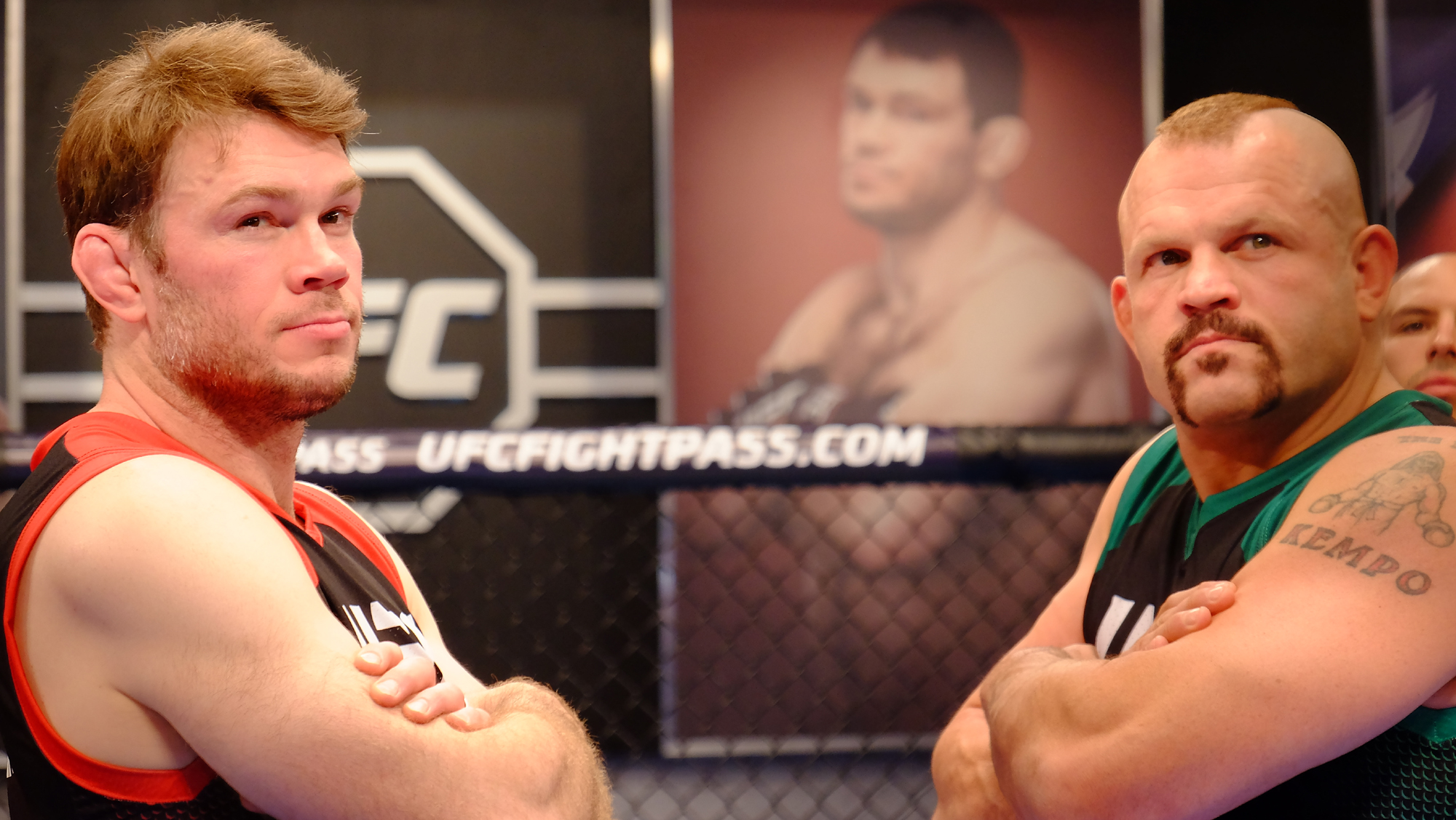 Immediately after the fighters were chosen, Griffin made his pick for the first bout of the season as he selected Pablo Sabori from his team to face off with Santiago Cardenas from Team Liddell. Sabori was one of the more veteran competitors, while Cardenas was convinced that he was picked because he showed up heavier than most of the other fighters and the weight cut could have an effect on him this early in the tournament without much time to get ready.

Before the fight takes place this week, the competitors move into the new Ultimate Fighter house in Argentina. It doesn't take long for everybody to get acclimated - especially when the fighters discover the fully stocked refrigerator with all kinds of delicious foods. It's a bit of torture for poor Santiago Cardenas, as he attempts to control his weight over the next couple days to get ready for his fight while Sabori and the rest of Team Griffin are feasting on steaks and all kinds of food because most of them have come in smaller in size to prevent a harder weight cut down the road.

While Cardenas is attempting to keep his weight in check with some help from Team Liddell's coaches, Griffin is working with Sabori on a game plan that will get him the win in the opening fight of the tournament. Griffin believes Sabori is one of the strongest grapplers on the show and he believes a ground attack will not only be the easiest path to victory but it will keep him away from Cardenas' powerful shots on the feet.

Back at the house later that night, Griffin stops by to get to know his team a little bit better as he tells them stories from his fight career and plays games with the fighters throughout the evening. It's clear Griffin wants to get to know his guys as well as get them to trust him as he tries to guide them through the season and hopefully produce the next Ultimate Fighter champion.

Once the fun and games are over, it's time for Sabori and Cardenas to throw down in the first bout of the season.

As the fight gets underway, Cardenas shows off some of his flashy strikes while working at distance, which is exactly the last place Griffin wanted his fighter to stay. Thankfully, Sabori remembered the game plan and soon scooped up Cardenas for a huge takedown to put the fight on the ground. From there, Sabori remains in control of the action as he pounds away at Cardenas with a series of short inside elbows, as well as punches, while controlling the action from inside the guard. 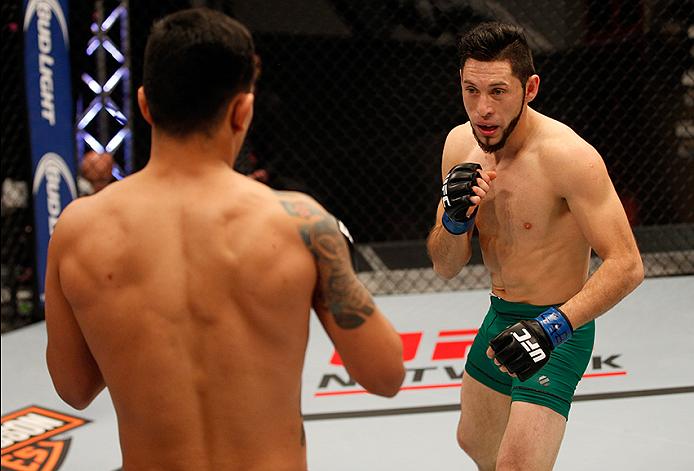 On two occasions, Sabori actually gets up from the guard and works while standing as he kicked away at Cardenas' legs. Despite the opening, Cardenas can't seem to get back to his feet, almost worried that one wrong move could land him in an even worse position on the ground. Unfortunately for Cardenas, he was correct in that assessment as Sabori capitalized on one of his opponent's mistakes and he quickly moved to the mount, where he began raining down punches from above.

With seconds remaining in the opening round, Sabori quickly twisted around and grabbed one of Cardenas' arms, extended it and got a quick tap out for the submission victory. The lightning quick finish gave Sabori the victory by first-round armbar to hand Cardenas a loss and put a win on the board for Team Griffin.

Following the first fight of the season, Liddell was able to choose the next contest and he decided to go with his No. 1 pick overall, Claudio Puelles, against the last pick of the entire tournament, Jose David Flores from Team Griffin.

Will Liddell's team exact revenge, with his top pick taking on a weak link on Team Griffin? Or will Jose David Flores prove to everybody that he deserved to get picked much earlier in the team selections? Tune in to the next episode of The Ultimate Fighter: Latin America 3 to find out.