The second heavyweight finalist was determined on the latest episode of The Ultimate Fighter
By Damon Martin • Nov. 21, 2018

The biggest grudge match on The Ultimate Fighter: Heavy Hitters came and went inside of one round as the second heavyweight finalist was determined in a showdown between Maurice Greene and Juan Espino.

The two fighters had been at odds for much of the season, especially after one particularly ugly encounter prior to Espino's first fight, and that all led to this matchup between Team Whittaker and Team Gastelum.

Ahead of the fight this week, Greene was getting ready for the matchup by training hard in the gym with head coach Kelvin Gastelum complimenting him on his work ethic. While Greene has made quite a ruckus this season thanks to his excessive drinking and overall bad behavior, Gastelum says he's been a consummate professional when it comes time to train and that's why he believed in him to move on to the finals with this particular matchup.

As for Espino, he was also very confident after a strong showing to get into the semifinals with a skill set that seemed to match up very well against Greene. As a wrestler, Espino definitely held the perfect weapon to counter Greene's incredible power on the feet and he was ready for whatever scenario unfolded when they finally clashed.

While Espino seemed to be well prepared and ready for his fight, many of his training partners on Team Whittaker were not all that happy with the current situation in the gym.

Earlier this season, women's featherweight contender Leah Letson had complained that middleweight champion Robert Whittaker and his team of coaches weren't really pushing her hard enough to get ready for the competition. This week saw many of the other fighters lodging similar complaints after Whittaker wouldn't allow any sparring between the athletes this season.

Several of the fighters also had problems with Whittaker and his coaching staff not teaching them as much as they hoped to learn while training under the best middleweight in the world.
That led to a confrontation between the head coach and fighters during one particularly fiery training session. Whittaker laid it all out on the line that if the fighters weren't satisfied with his training methods, they didn't have to be there and if they weren't learning, then something must be wrong because these are the same coaches that helped lead him to a UFC championship.

Whittaker closed out his speech by telling the fighters to participate in his sessions or decide to get out of the way so everybody else who wanted to take part could benefit from the lessons they could be learning.

The fighters then decided to run a training session by themselves without Whittaker's supervision, with heavyweight Przemysław Mysiala helping to run everybody through some drills while former kickboxer turned mixed martial artist Anderson da Silva was teaching striking techniques. When the practice was over, several of the fighters, including Letson and fellow women’s featherweight Katharina Lehner, called it the best training they've received all season long. 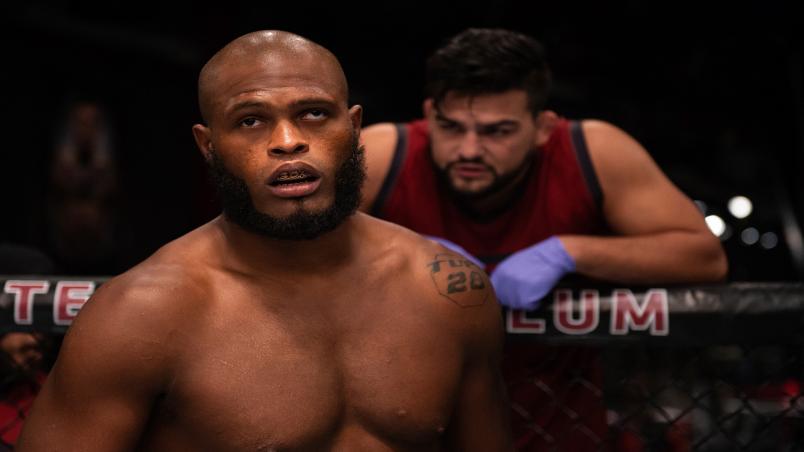 Later in the episode, the fighters all got to sit down and enjoy a viewing of UFC 227, which featured TJ Dillashaw defending his bantamweight championship against Cody Garbrandt as well as Henry Cejudo dethroning Demetrious Johnson to become flyweight champion.

Even that evening of watching fights turned into an altercation after Greene and Espino asked for Marciea Allen to rewind the event so they could watch a promo for the fight between Khabib Nurmagomedov and Conor McGregor. When Allen refused, the fighters erupted into a heated argument and while Greene has played the bad guy for much of this season, even in this instance the athletes seemed to agree with him on this one.

Allen was actually telling Espino and Greene to quiet down while they were asking to see the promo and that didn't seem to sit well with them or many of the other fighters, including Pannie Kianzad, who watched it all unfold just ahead of the main event on the card.

Justin Frazier later pulled Allen aside to explain why Greene and Espino were so upset and how it probably would have been a much easier solution to just rewind the footage to show the promo rather than dissolving into a huge argument between the fighters.

This week's episode also showcased the coach's challenge for season 28, with middleweight champion Robert Whittaker facing off with Kelvin Gastelum in a 5K race in the middle of a 106-degree day in Las Vegas. Before the race even started, Gastelum said that he never does long distance runs as part of his training camp so he was probably already behind the 8-ball going into this competition.

Sure enough, Whittaker set a blistering pace at the start and Gastelum could never quite catch up to him. In fact, Gastelum was forced to stop at one point during the race so he could vomit several times as the heat and exhaustion were really starting to hit him hard. Whittaker eventually lapped Gastelum and won the race comfortably while taking home $10,000 in cash, along with $1,500 for each of his fighters.

Gastelum still decided to finish the race after all of the members of his team joined him on the track during the last couple of laps.

Following that grueling race, it was time for Espino and Greene to face off in the second heavyweight semifinal to find out who would be facing Justin Frazier on Nov. 30 in Las Vegas.

JUAN ESPINO VS. MAURICE GREENE
ROUND 1

The fighters are quick to the center of the Octagon, but both are tentative to throw strikes early. Greene begins pressing forward cautiously but Espino leaps in with a huge overhand right followed by a devastating left uppercut that floors Greene and puts him down on the mat. Espino follows him to the ground, where he begins blasting away with punches trying to end the fight. Greene is able to survive the flurry and work his way back to the feet just briefly before Espino drags him back down again. Espino quickly passes his guard and goes for a key lock but can't quite finish it. Espino then moves into mount, forcing Greene to roll trying to escape. Espino quickly locks on the rear naked choke with Greene flattened out, belly down on the ground. Espino tightens the hold and Greene is forced to tap out. 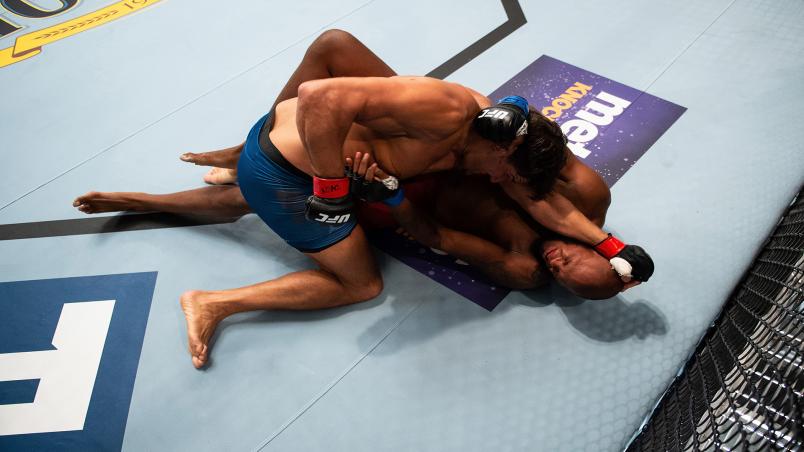 "I had a few different game plans going into this fight, it really depended on Maurice and his strategy as the fight started," Espino explained following his win. "I wanted to get him to the ground, so I went in to get him down and I knew that was my best strategy. I saw him make a move to get up and I just tried to work him without exerting too much energy.

"This entire experience was incredible, one of the best of my life."

Espino will now move on to face Frazier in The Ultimate Fighter Finale on Nov. 30.

Next week will be the season finale of the show and the last fight of the season, as the second women's featherweight finalist will be determined when Leah Letson takes on Macy Chiasson, with the winner moving on to face Pannie Kianzad.

Don't miss a minute of the action in the season finale of The Ultimate Fighter: Heavy Hitters next Wednesday night at 10pm ET on FS1. 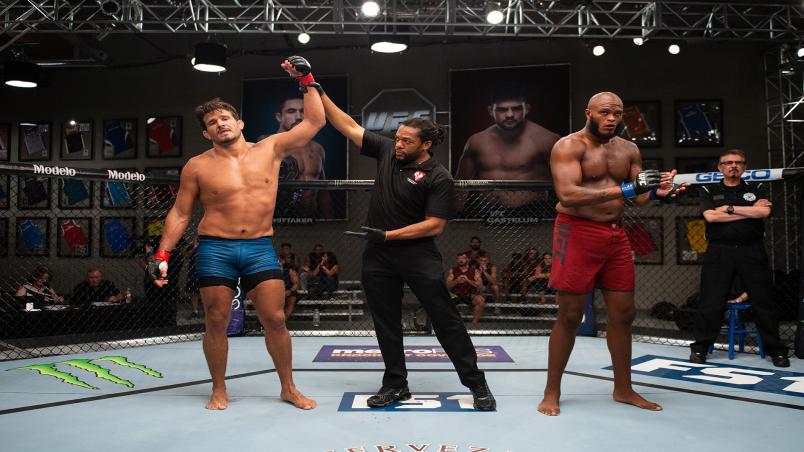