Read on to find out who won the final preliminary fight of the competition! 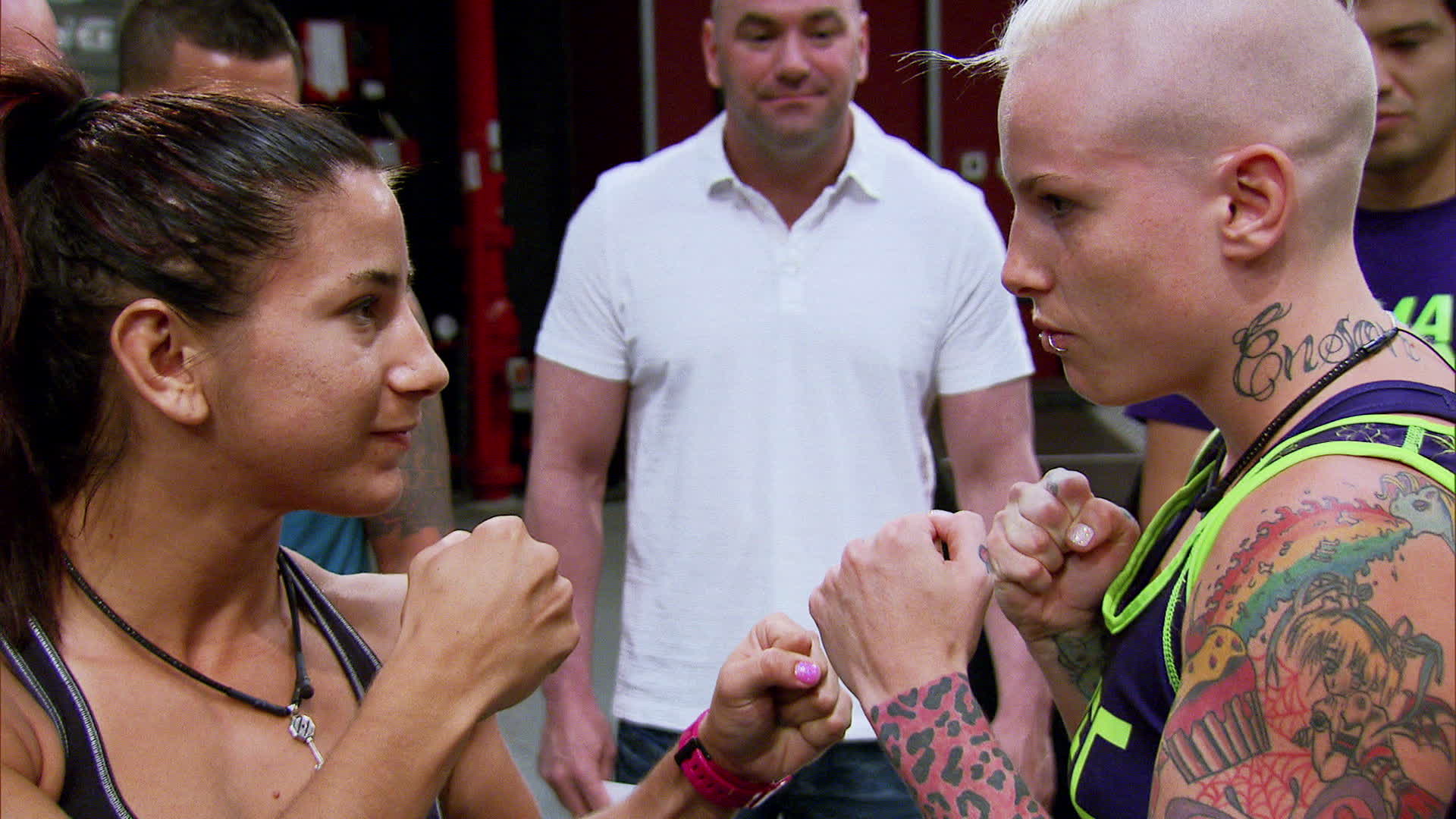 The tension in the house remains strong as we open this week’s episode. Various members of Team Melendez want to kick Tecia and Heather out of their bedroom. Tecia is a target because she’s now on Team Pettis and slated to fight roommate Bec Rawlings. Heather Clark is persona non grata because of her close relationship with Tecia. Emily Kagan approaches Heather to gauge her interest in moving out of the room and Heather seem none too interested.
We cut to the team training session and Coach Melendez feels quite confident. Tecia may have been his number one overall pick, but he likes Bec’s chances. He thinks that she has better boxing and wants Bec to attack from the clinch. We also learn that he’s nicknamed Bec “The Terminator” for her ability to walk though damage. Bec knows that Tecia has a lot of hand speed, but says that “she doesn’t have a lot behind them.” She also accuses Tecia of underestimating her and calls that “a very dumb thing to do.”

Next we see the ladies with a little bit of downtime at the Green Valley Ranch Resort. Most people enjoy a pool party and UFC fights, but that certainly wasn’t the case for the Ultimate Fighter 20 crowd. The drama inside the house finds its way to conversation and Tecia finds out that the girls want to kick her out of the room. She takes it in stride and refuses to inconvenience herself before her fight. She understands why some of the other women may dislike the fact that she’s earned a second chance, but who wouldn’t take that opportunity? Back at the team training session, Coach Pettis says that Tecia would have been better served by being on his team from day one. He believes that his striking style/coaching has better served her than her time on Team Melendez and he’ll lead her to victory. We’ll see if Anthony Pettis can succeed where Gilbert Melendez failed because it’s fight time!

ROUND ONE
Tecia strikes first with an inside low kick. Both fighters maintain range in the opening minute and measure each other’s distances. Bec than closes the range and works her boxing. Tecia absorbs the rush and 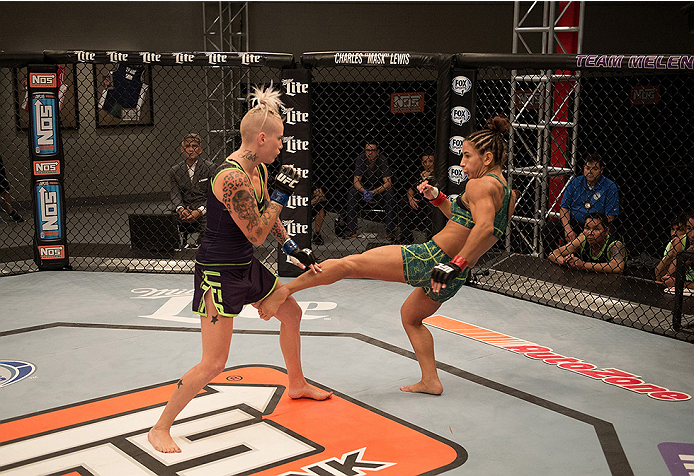 counters with punches of her own. Bec continues to push forward, but doesn’t land any strikes of significance. Tecia extends her range and kicks from different angles. She then closes the distance and starts swinging punches of her own. Bec absorbs the attack and counters with an uppercut and hook. Two minutes remain and Bec does not slow down her advancement. Tecia flurries, but she’s not slowing the Terminator down at all. Tecia push kicks and Bec initiates the clinch. Tecia punches over the clinch and Bec returns fire. They clinch up again and the round ends.
ROUND TWO
Bec charges forward to begin the second round and finds a home for her right hand. Tecia presses on and walks right into a hip toss takedown. Working from guard, Tecia creates separation and quickly rises to her feet. Bec maintains her aggression, but finds herself on the receiving end of a right hook. The two 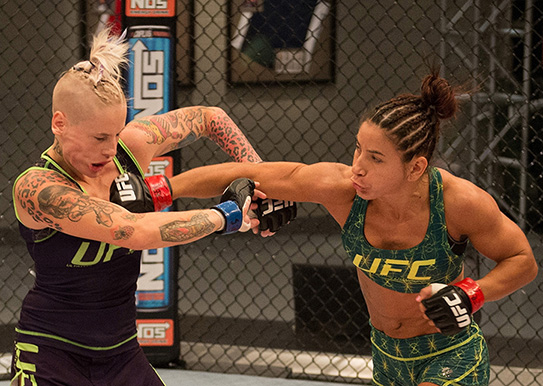 grapple against the fence and Tecia searches for the takedown. They separate and Bec shows no signs of slowing down. Tecia dives for another takedown and Bec defends. Tecia is undeterred and moves in for a single leg. She finally finishes it with 30 second remaining and moves to top position. Once she secures control, though, the round ends before she can generate any ground and pound.
The judges’ scorecards come back and Tecia Torres wins the unanimous decision. We move to the quarterfinal round announcements and it will be:
#6 Felice Herrig vs. #14 Randa Markos
#4 Jessica Penne vs. #5 Aisling Daly
#1 Carla Esparza vs. #3 Tecia Torres
#2 Joanne Calderwood vs #7 Rose Namajunas
> Watch: The Ultimate Fighter Quarterfinals Selection | Tecia Torres vs. Bec Rawlings Fight Recap
We close things out with a preview for next week’s episode. Who wins the coaches’ challenge? Why is Team Pettis collapsing? Can Randa Markos pull another upset against Felice Herrig? Find out this and more next week on The Ultimate Fighter!