Read on to find out which fighters locked up the final spot in the Ultimate Fighter: A Champion Will Be Crowned semifinals! 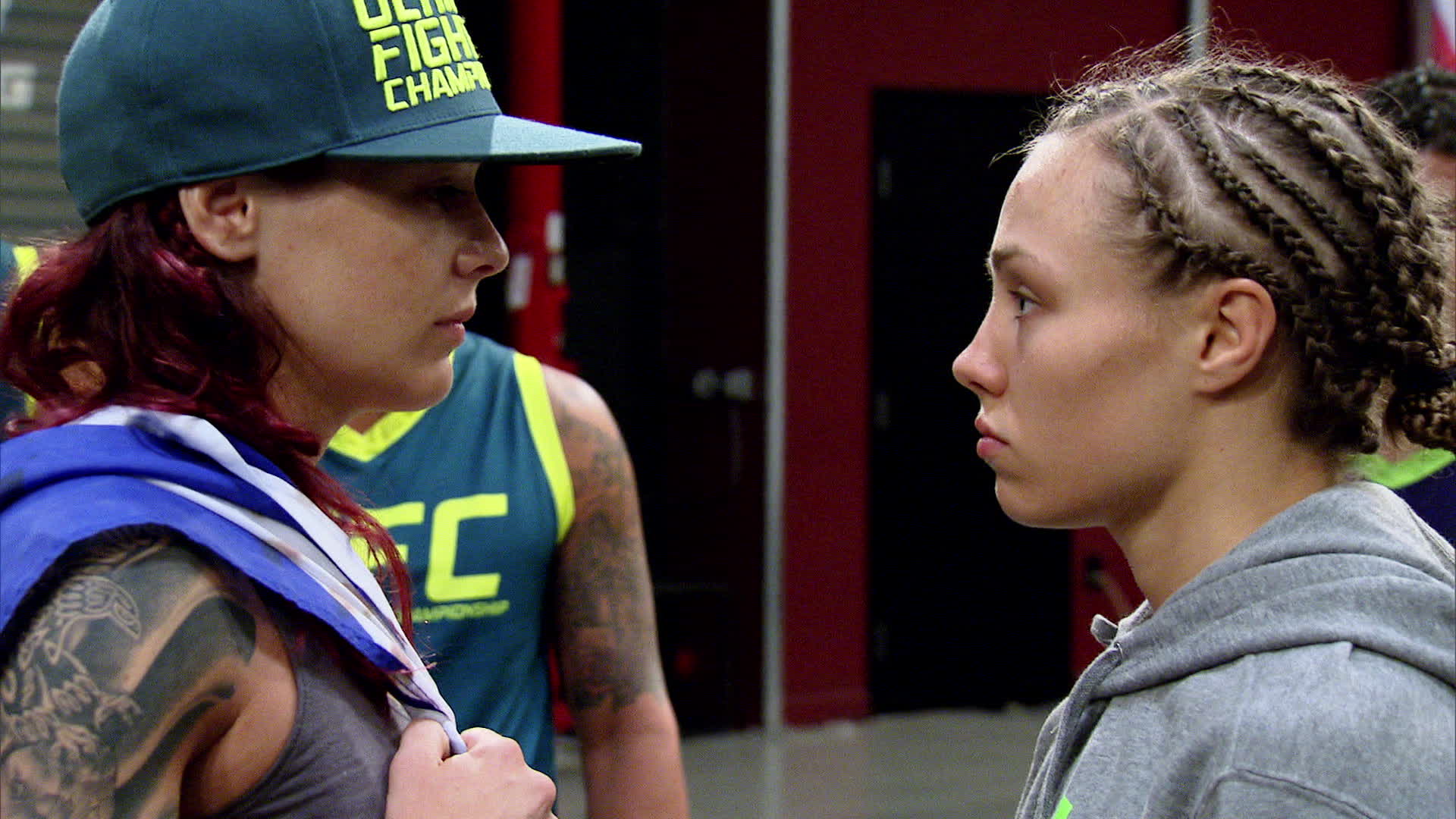 This week we have two quarterfinal bouts, and we get right down to business. The first match is between #1 Carla Esparza and #3 Tecia Torres. Tecia tells us that Carla and her have “a history” and that she looks forward to finally settling the score. They were originally slated to fight one another for the Invicta championship, but now they will meet each other in the UFC. Carla stills holds a grudge against Tecia because she doesn’t believe that Tecia deserved a second chance after losing her first round fight against Randa Markos. We’ll see if Carla’s criticisms are valid because it’s fight time! 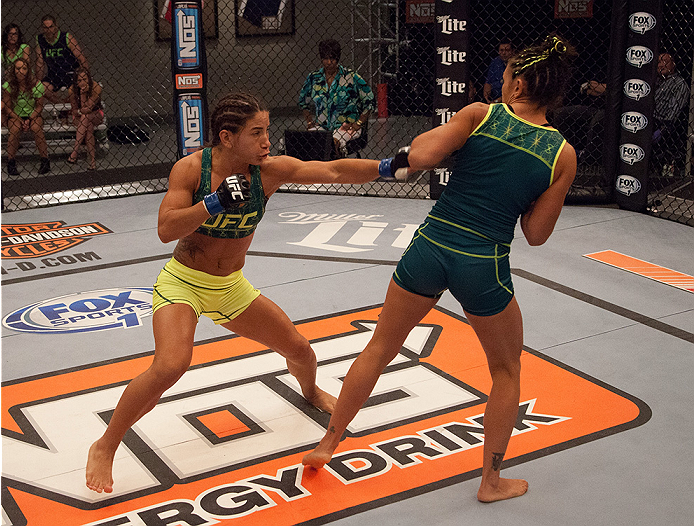 ROUND ONE
Both fighters come out trying to measure one another. Carla shoots in quickly, but Tecia brushes her aside. Carla connects with her left hand, but moves right in for the takedown. Tecia dodges it again, but can’t
prevent Carla’s tenaciousness. Carla pushes forward and finally secures a waistlock halfway through the round. Tecia tries to break the grip, but Carla is too strong. Carla grabs a headlock and drags her opponent to the ground. Carla can’t advance, but she holds position until Tecia moves back to her feet with 50 seconds remaining. Tecia over-exerts herself and Carla counters with another takedown. She finishes it and ground and pounds her way to the end of the round.
ROUND TWO
Carla opens with a big right hand that misses. Tecia finds her groove and finally connects with a punch combo. Carla’s footwork appears to slow down and Tecia capitalizes with solid boxing combinations. Carla moves for another takedown, but Tecia shows solid footwork and avoids it. She lets up for one second, though, and Carla capitalizes. Tecia moves to her knees, but Carla refuses to let up on the takedown. They fight against the fence, but Carla scores another single leg as time expires.
The judges’ scorecards come back and Carla wins by majority decision. She will face Jessica Penne in the semi-finals.
We immediately move to the second match between Joanne Calderwood and Rose Namajunas. 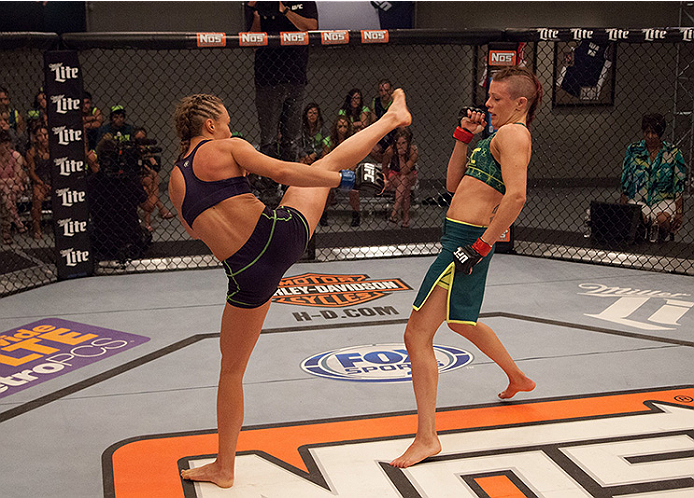 ROUND ONE
Rose holds nothing back and lets her strikes fly. She side kicks, but Joanne pushes right through and secures the takedown. Rose searches for the armbar, but Joanne defends. Joanne postures, but can’t mount any offense due to Rose’s active guard. Rose returns to her feet and the two battle in the clinch. Rose works her dirty boxing and finishes a takedown of her own. Joanne stands up quickly and returns fire with some knees and elbows of her own. She follows up with a hip toss takedown, but Rose responds with another armbar attempt. Joanne defends that and some leg lock submissions, but eventually gives up top position. Thirty seconds remain and Joanne hold tight waiting for the bell.
ROUND TWO
Joanne push kicks as Rose counter punches. They clinch and both exchange brutal knees and elbows. They separate and Joanne connects with a stiff uppercut. Rose appears undeterred and drives right through looking for the takedown. Joanne defends, but Rose searches for the kimura. Joanne has top position and holds off the submission initially, but ultimately taps with just over three minutes remaining.
The semifinals are decided and it will be:
#4 Jessica Penne vs. #1 Carla Esparza
#7 Rose Namajuna vs. #14 Randa Markos

Can Jessica stop Carla’s wrestling? Will Randa continue her improbable run? Who wins the battle of the coaches this weekend? Find out this and more next week on The Ultimate Fighter!