The new season of The Ultimate Fighter is officially underway after the debut episode introduced 16 contenders vying for the opportunity to become the first women's flyweight champion in UFC history.

With two women's divisions already thriving in the UFC, the new 125-pound weight class will welcome fighters from across the world who want to not only compete in the Octagon but take a shot at winning a world title.

This week saw the selection process from start to finish, as more than 50 fighters came to Las Vegas for the open tryouts to earn a spot on the final roster. One fighter flew in from Hungary after selling her car just to afford the ticket to get to Las Vegas, so there shouldn't be any doubt about how serious the women in this competition are.

Ultimate Fighter season 18 competitor Roxanne Modafferi was one of the athletes who showed up for the open tryouts. and she even received a few words of encouragement from UFC President Dana White during the session. Modafferi was already a veteran fighter when she made an appearance on the previous season of the show but, unfortunately, she hadn't developed her full skill set by that point.

Now four years and several fights later, Modafferi has added several new weapons to her arsenal and she earned a second shot on the reality show.

"Welcome to the jungle. Here we go again," Modafferi said.

Once the final 16 fighters were chosen, the competitors reconvened at The Ultimate Fighter gym in Las Vegas where they came face to face with coaches Eddie Alvarez and Justin Gaethje for the first time. Alvarez and Gaethje will battle it out at the end of the season but, for now, their only focus is getting these fighters ready to compete in the toughest tournament in sports. 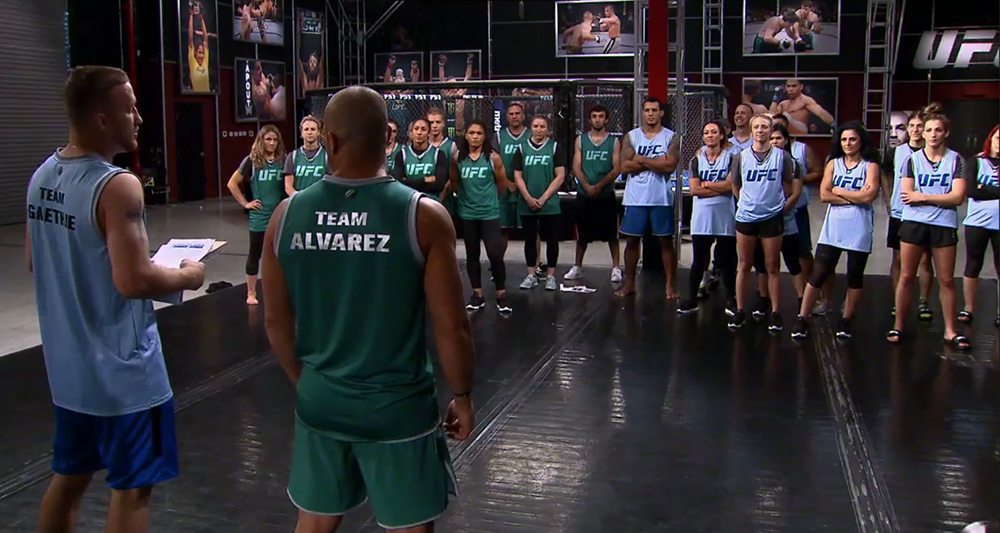 Before team selections could begin, Alvarez and Gaethje put the fighters through a series of tests to find out who they wanted on their respective teams. For Alvarez, the key was full-on sparring sessions so he could see how fight-ready the women in the competition were before the season got started. Gaethje approached things differently, as he watched the fighters go through striking and grappling drills, but ultimately he wanted to sit down and interview each one so he could figure out who was mentally prepared to win the title.

When the assessments were all said and done, it was time to pick teams. Alvarez won the coin toss, so he was able to make the first selection in this tournament-style format.

Now the way the team selections worked was as follows: the fighters were all ranked from No. 1 to No. 16. The coach would select a fighter and their ranking would be revealed. Whoever was pre-chosen as their opponent, based on the seeds in the tournament, would automatically go to the other team.

Here's how the team selections broke down, along with a full list of the tournament this season.

Because Alvarez got the first pick, Gaethje was able to select the opening fight, and he opted to go with his top selection and the No. 1 ranked fighter in the tournament, as Roxanne Modafferi prepared to face off with No. 16 seed Shana Dobson. 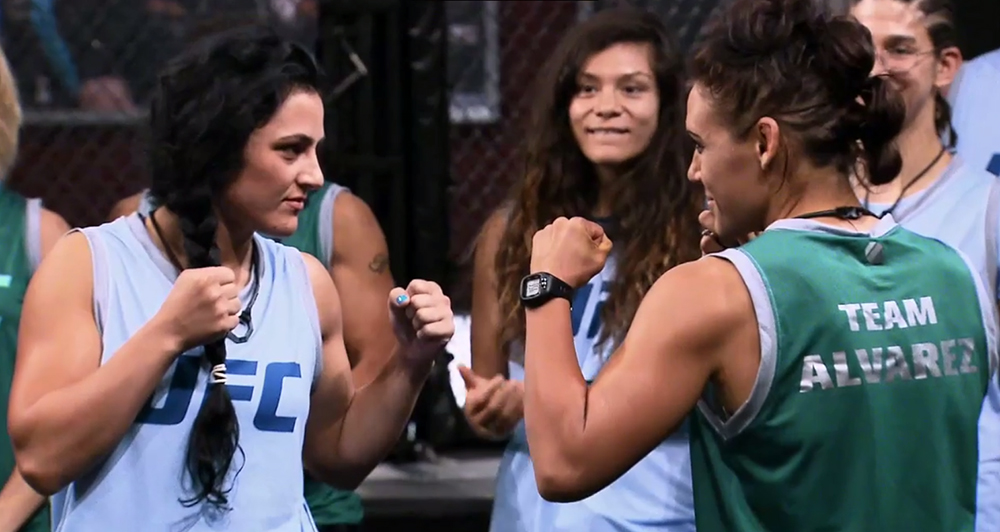 While this was definitely a big step up in competition for Dobson, who only had three professional fights on her record as the tournament started, the pressure was on Modafferi after being selected as the No. 1 overall seed while still searching for redemption from her previous appearance on the show.

To help settle her into a rhythm going into the first fight, Gaethje brought in former UFC women's bantamweight champion Miesha Tate as an assistant coach. Not only is Tate considered one of the best female fighters of all-time, but she also happened to be Modafferi's coach during the previous season of The Ultimate Fighter.

Meanwhile, Dobson worked on a game plan to ensure she stayed on her feet, where she could look to land power punches because Modafferi has struggled in the past with her striking. Once the fighters got through a few days of training with the coaches, it was time for the first matchup of the season to see who was moving on in the tournament.

ROUND 1
The fighters settle in by exchanging some heavy strikes on the feet, with both Modafferi and Dobson landing with very good accuracy. Modafferi uncorks a nice body kick and then follows up with a spinning back fist that doesn't land but definitely keeps Dobson on her toes. Modafferi moves forward, grabs on to the body lock and drags Dobson to the ground before applying her strong grappling game. Dobson tries to scramble off the bottom but it ends in disaster as Modafferi regains top control and then moves into mount. Modafferi opens up her striking on top with a series of hard, stinging elbows and punches on Dobson, who is stuck on the bottom. Finally, after a number of unanswered strikes and warnings from the referee, the fight is stopped as Modafferi gets the TKO victory. 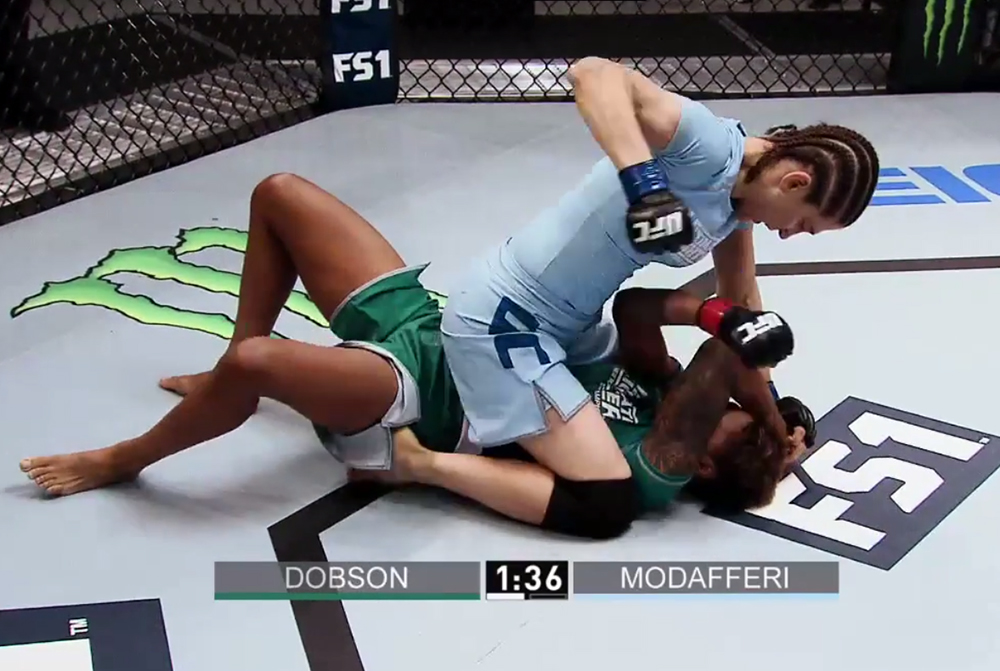 Afterwards, White noted just how impressive Modafferi was in victory while setting the tone for the upcoming flyweight tournament.

With Modafferi officially punching her ticket to the second round, the next fight in the tournament was announced, as No. 4 seed DeAnna Bennett will take on No. 13 Karine Gevorgyan. It all goes down next week as The Ultimate Fighter returns on Wednesday night at 10pm ET on FS1 with a brand new episode.