Amanda Cooper is a strawweight contestant on Season 23 of The Ultimate Fighter: Team Joanna vs Team Claudia. This season Cooper has signed on to write weekly blog posts that offer the inside scoop on life in the house as well as previewing what’s ahead. 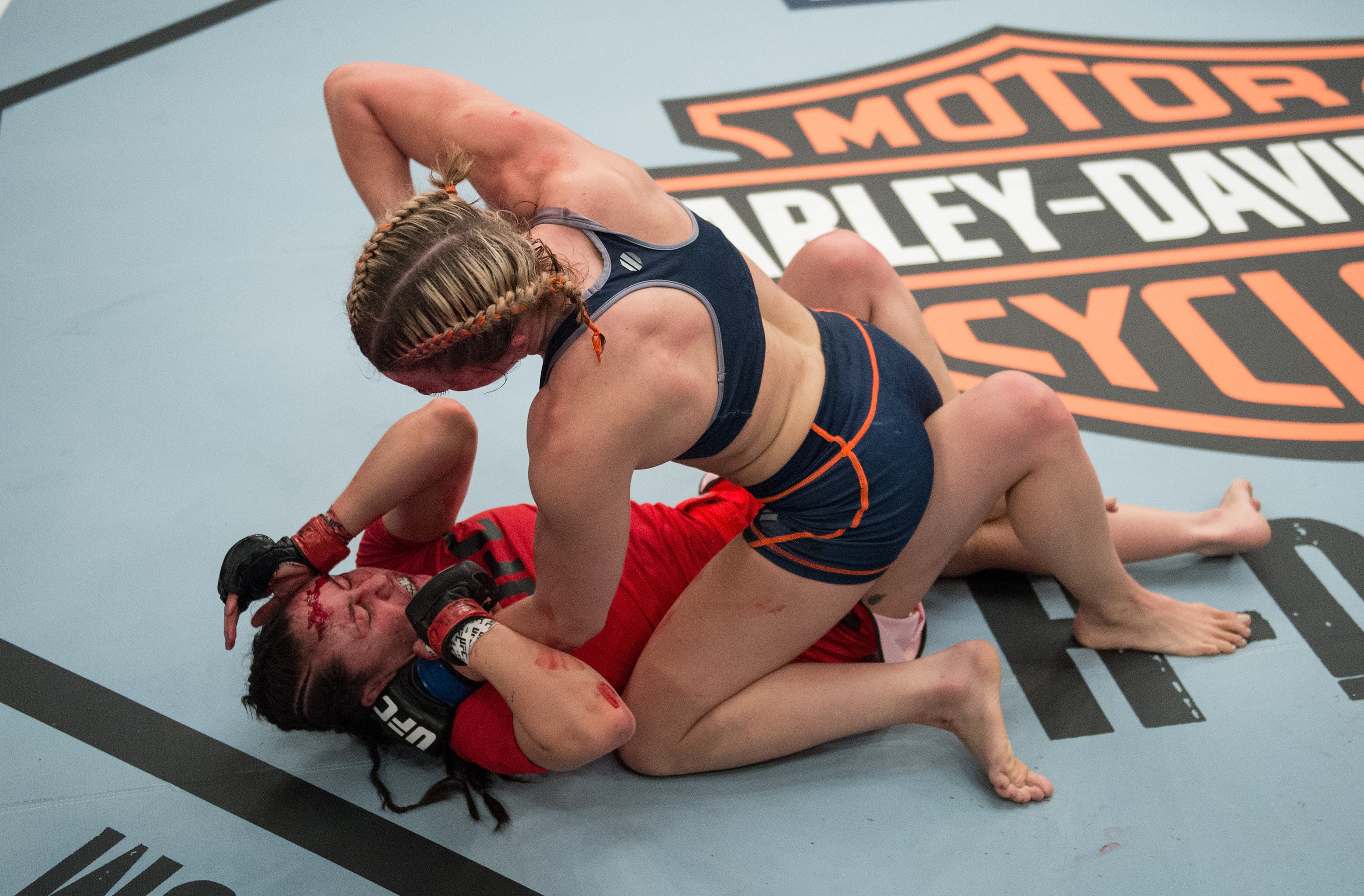 The fight was over and I knew I had fought my heart out. Initially in the aftermath of the competition, when I sat on the stool at the end of the second round, I was focused and ready to go to a third round if the judges thought it was necessary. Immediately after a fight, it's difficult to have a clear recollection of exactly how the fight played out, how many effective strikes you landed, the time of control and other factors that weigh on a judges final decision. However, when the referee said, "The fight is over," I knew that I had won.

When I had initially entered the cage I felt the nerves from the weight I was putting on myself to keep our team undefeated. To not only win but to do it in an exciting fashion, and also to make my family, friends, and team at home proud. In a very short period, after a few exchanges, I was able to find my mental clarity and fight pace to begin making it my game in the octagon.

If I had to give an overall assessment of my performance, now that I've had time to watch the video and analyze the fight without all of the emotions, I know that I had won. In the initial first minute of the fight, Jamie was able to land a few shots standing up and had solid ring control, but the tide quickly shifted. I began to find my rhythm after being hit a couple times, and I said to myself, 'chin down and move.' From that moment on in the opening round I was winning the exchanges and landing significant shots, my momentum continued to grow.
Get social with Amanda!

Jamie was able to take me down at the end of the first round with just under two minutes left on the clock and this would be a key point in relation to who would be successful. Once I hit the ground I knew I had to work to show that I wasn't to be out-grappled or play the safe route and only look to wrap her up for a stand up. Within that two minute period I had thrown up a triangle attempt, a kimura, a timber sweep, a guillotine, and 100% sweep attempt. I feel that this activity from the bottom, while encountering very little ground and pound or offensive grappling, with the strikes I had landed on the feet earlier in the round, secured the first round in my favor.

The second round was off to a great start for Jamie as she was able to neutralize my striking by securing another takedown early on. At one point, while she was attempting to pass to a more dominant position, I found the opening I needed to bring the fight back to the feet. From this point on I knew that I was going to pressure and attack her with more tenacity and attempt to break her before she was able to get another takedown.

The clinch was the position from which the momentum drastically shifted. I landed a few strong elbows, one which cut her open badly and also landed a few knees to the body which I could feel were making her want out of the fight. I knew at this moment, the fight was mine if I kept the pressure on. 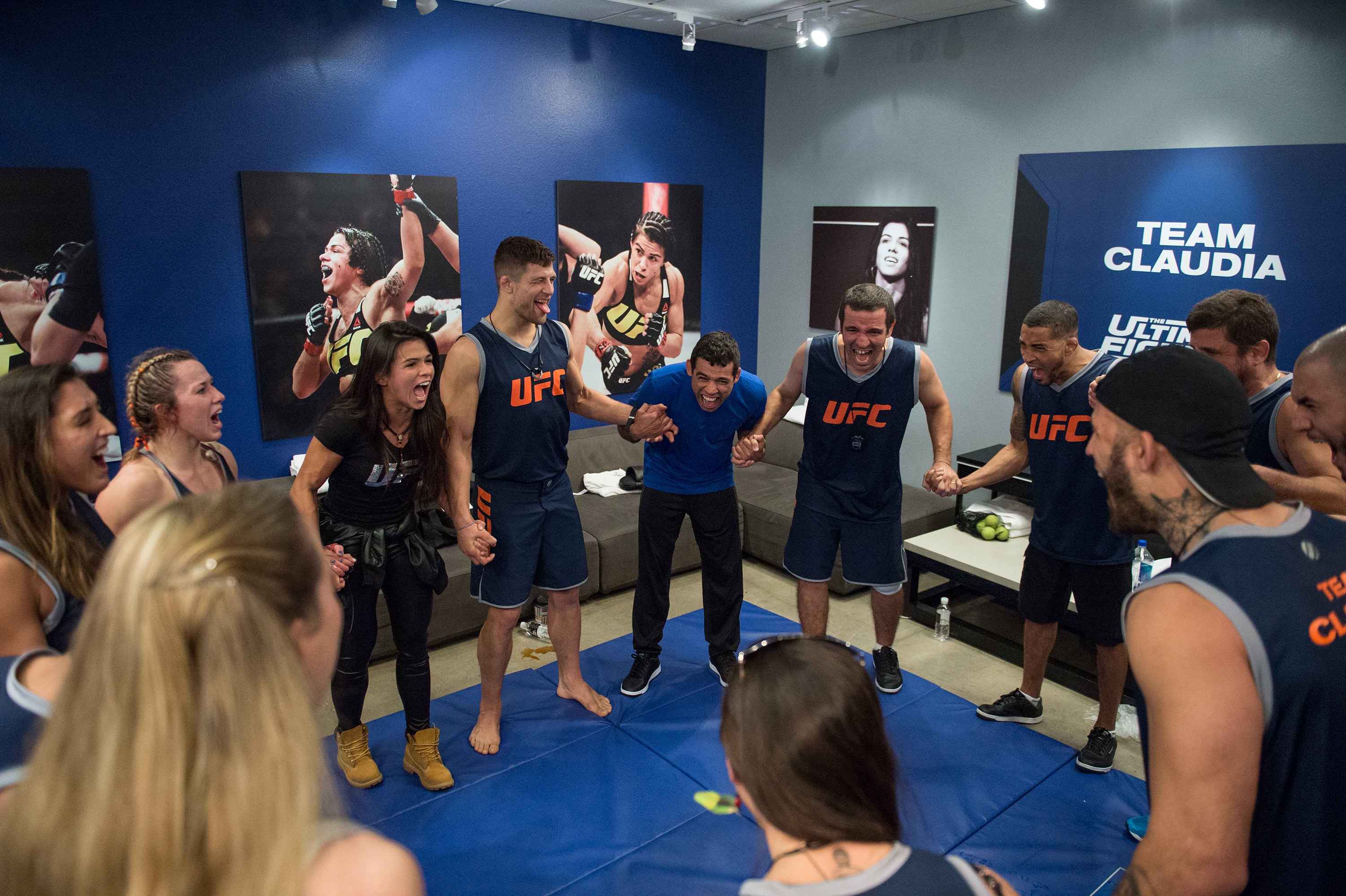 There is a strange phenomenon that fighter's experience even before a fan will recognize the tide has truly shifted, and that is when you feel your opponent beginning to break or succumb to your will. It's hard to describe but I believe every professional fighter can relate to knowing when the resistance you expect during a fight begins to diminish and you know that it's time to turn it up and look for the finish.

Having my hand raised and keeping Team Claudia undefeated was my goal and I had visualized this moment for hours a day since being in the TUF house. Although the actual feelings and emotion trumped anything I could have anticipated or had previously experienced, I felt on top of the world.