There have already been a few notable upsets during The Ultimate Fighter: A New World Champion, and you can add one more to the list after the latest fight between Melinda Fabian and Rachael Ostovich-Berdon unfolded.

The matchup pit grappler against striker in one of the final two opening round fights before the quarterfinals get underway in just two weeks’ time. Fighting out of Hungary, Fabian was trying to put her home country on the map when it came to being recognized for top-notch mixed martial arts, while Ostovich-Berdon was continuing to live her dream while fighting for her husband and daughter rooting for her back home in Hawaii.

Ahead of the fight this week, Fabian was still dealing with a tweaked hamstring that first flared up a couple weeks ago. Fabian received physical therapy at the UFC Performance Institute, but the injury was still somewhat raw as she started to get ready for her showdown with Ostovich-Berdon. That led to Fabian handing over her own personal training regimen to coach Eddie Alvarez, laying out the schedule she planned to keep in the days before her fight.

That didn't seem to sit too well with Alvarez as he tried to plot a course for victory while also making sure that Fabian was 100 percent ready both mentally and physically. Still, Alvarez can only push so far and Fabian seemed to believe she had the perfect plan in place to get ready for the fight without further damage done to her ailing leg. 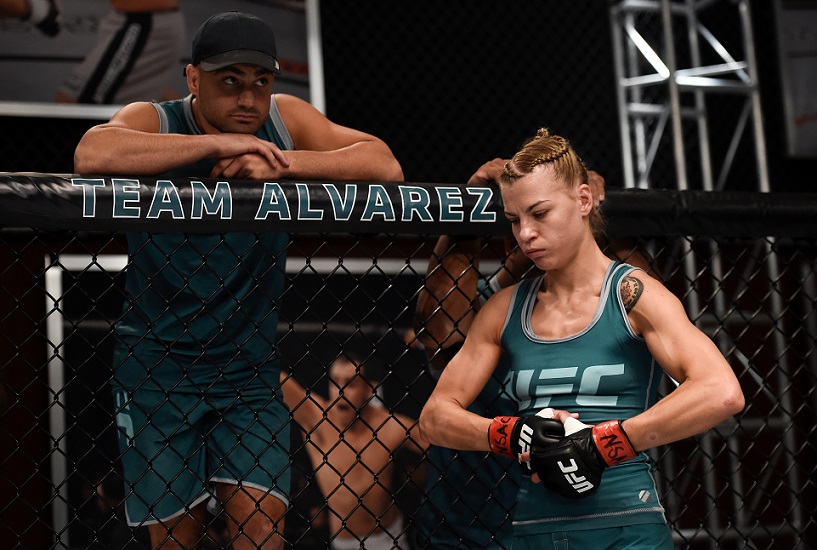 Meanwhile, UFC President Dana White stopped by the house this week to pay a visit to the fighters to see how they were faring after a grueling few weeks in the competition. During his visit, White took time to talk to the fighters about the land of opportunity that awaits them with success in the UFC. While combat sports offers the chance to fight in promotions all around the world, White knows that making it in the UFC is a guaranteed path towards the potential to make millions.

In fact, White added that when it comes to professional sports, the UFC is one of the only places where women are guaranteed equality with their male counterparts when it comes to opportunity and pay. It's well noted that former women's champion Ronda Rousey has made seven-figures numerous times over from her fights in the UFC and there are several other champions on the roster right now such as Joanna Jedrzejczyk and Amanda Nunes with the potential to do the same.

"You're in a day and a time now where never mind the men - the women are making millions of dollars," White said. "That's the place where we are now. You look at all these other sports, women don't make what men make. Women made more in this sport than the men. That's what you're capable of doing."

Of course, White also took it on the chin by admitting that he once said women would never compete in the Octagon and now he's standing in front of 16 fighters about to compete for the fourth women's title in the UFC. The women's divisions have added depth and huge star power across the UFC roster, and now one of these competitors will have a chance to join those ranks by making it through this flyweight tournament.

The words of encouragement definitely pumped up all the fighters, especially serving as motivation for Ostovich-Berdon and Fabian as they finished up training ahead of their fight.

Ostovich-Berdon spent the majority of her time this week alongside coach Justin Gaethje putting the final touches on her game plan. Fabian is a much taller fighter with a longer reach than Ostovich-Berdon, so it was no secret that Gaethje wanted to see the 26-year old Hawaiian find a way inside and work for her patented ground-and-pound attack. Ostovich-Berdon likely ranks as one of the best wrestlers on this season of the show and she knew that was going to be a major weapon against Fabian, who is primarily a striker without as much ground experience.

As the fight got underway, Ostovich-Berdon not only showed off her grappling skills, but she was clearly hiding some powerful hands that also came into play against Fabian. 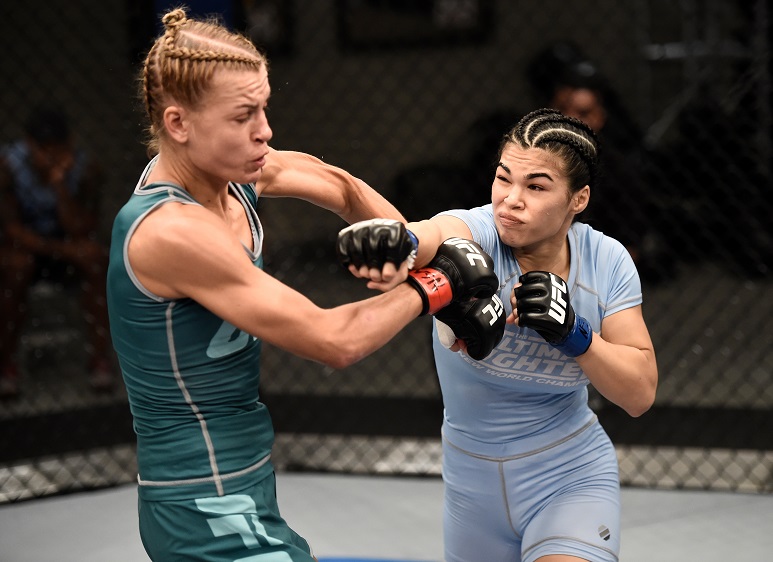 ROUND 1
Fabian takes the center of the Octagon quickly, looking to stalk Ostovich-Berdon with her striking, but she eats two hard counter right hands in return. Ostovich-Berdon cracks Fabian with another stinging overhand right hand that backs her up, but the Hungarian-born fighter quickly recovers and stands back at the center. Fabian is a little more tentative to let her combinations go as Ostovich-Berdon continues to land the same counter right hand over and over again throughout the opening round. Fabian paws away with her jab trying to gauge distance, but she's not landing much offensively. Ostovich-Berdon finally shoots in for her first takedown of the fight as she plants Fabian on the ground. Ostovich-Berdon quickly transitions to take the back, where she begins pounding away with a series of nasty punches. The barrage of shots forces Fabian to open up to defend and that allows Ostovich-Berdon to slip her forearm under the chin as she latches on to the rear naked choke. Ostovich-Berdon turns into the choke and there was no escape as Fabian was forced to tap out in the first round. 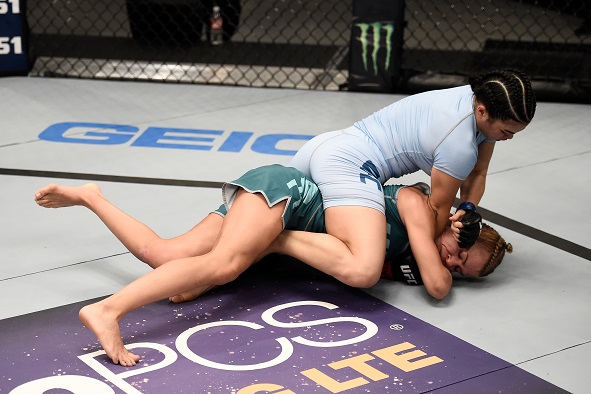 It was a very impressive showing from Ostovich-Berdon, who controlled the action from start to finish, both on the feet and on the ground, before wrapping up the submission to get the win. Now she moves into the second round of the tournament, looking to pull off another upset and keep her momentum going.

With Ostovich-Berdon moving on, that only leaves one more fight left to go in the preliminary round as Emily Whitmire looks to bounce back from an injury earlier this season as she takes on Christina Marks to determine the last quarterfinalist of the season.

The action all kicks off next Wednesday night at 10pm ET on FS1, as The Ultimate Fighter moves closer and closer to crowning a women's flyweight champion.