It turns out Barb Honchak is as good as advertised.

The first ever Invicta FC women's flyweight champion was touted as one of the top picks to make waves during The Ultimate Fighter this season, but often it's not easy to live up to those kinds of high expectations.

As it turns out, Honchak was more than ready to live up to the moment in her fight as the No. 2 overall seed this week, as she took on 22-year-old prospect Gillian Robertson, who was the No. 15 seed in the tournament.

Before the fight got underway, Honchak talked about her long absence from the sport and how she wasn't sure if she would return to competition after taking a break following her last Invicta title defense back in 2014. At that point, Honchak was contemplating a new career choice, with a focus on her Master's degree in ecological genetics, where she previously worked as a scientist. She nearly returned to that career before the opportunity to return to fighting was too good to pass up when the UFC decided to kick off the women's flyweight division and crown a champion on this season of the show.

Of course, Honchak knew that her spot in this tournament would immediately put a big target on her back whether she was the No. 1 overall seed or not.

"I was the first flyweight champion in Invicta. I was considered the best 125-pounder in the world," Honchak said. "I know in this house there's going to be a bull’s-eye on me because of that."

As for Robertson, she entered the competition as the youngest member of the cast, with a 3-2 record in her professional career as well as a 9-1 record as an amateur. Robertson is a highly skilled Brazilian jiu-jitsu practitioner with an arsenal of submissions under her belt. Of course, Robertson knew going into the show that the odds were stacked against her, but considering the other upsets that have occurred already, there was a great chance she could get the job done. 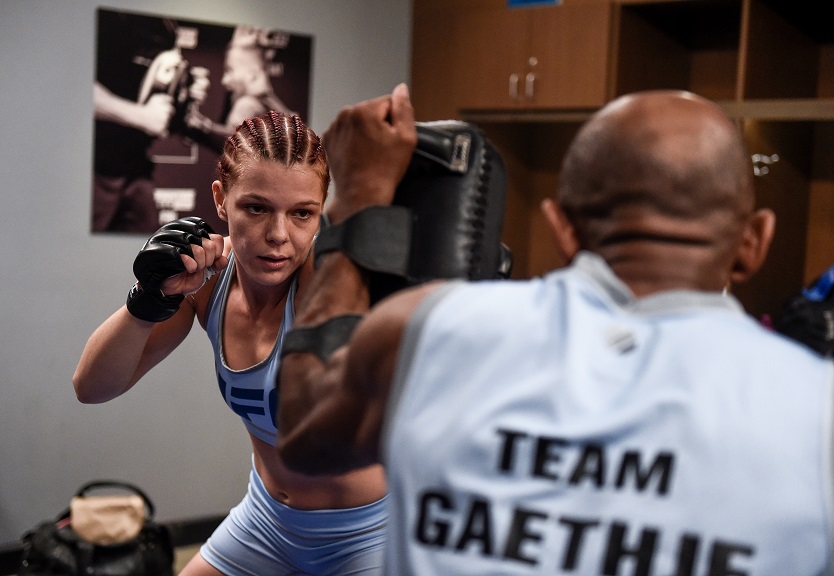 Head coach Justin Gaethje tried to offer up the best possible advice to get Robertson ready while making some small changes to her style. He warned that from watching her past fights she tends to give up the top position in favor of working her grappling game from the bottom. It's worked well for Robertson thus far, but Gaethje warned that passivity from the bottom or getting stuck with her back against the cage could work to a disadvantage when considering the judges scoring the fight Octagon side.

Still, Gaethje admitted that Robertson could give anybody trouble on the ground and that includes Honchak.

"Once it hits the mat, she's the best grappler on our team," Gaethje said.

In addition to the fight this week, Team Alvarez fighter Melinda Fabian was dealing with a slight hamstring injury that was compounded by her own overwhelming sadness after beginning to question her place in the tournament. Self-doubt might be a fighter's greatest enemy, and Fabian allowed it to creep in during the latest episode before heading to the UFC Performance Institute for some treatment on her ailing leg. Fabian seemed to be doing better physically by the end of the episode, but her toughness will absolutely get tested when she steps into the Octagon for the first time next week.

From there it was time for the fight as Honchak faced Robertson for a spot in the quarterfinals.

ROUND 1
Robertson opens with some inside leg kicks while Honchak counters with a strong punching attack. Honchak initiates the clinch against the cage but Robertson defends well before reversing position. The fighters work free and get back to the center, where Robertson continues to look for the inside leg kicks with Honchak coming back over the top with punches. The fighters get locked in the clinch again with Robertson landing some nice knees to the body, but Honchak fires back with a 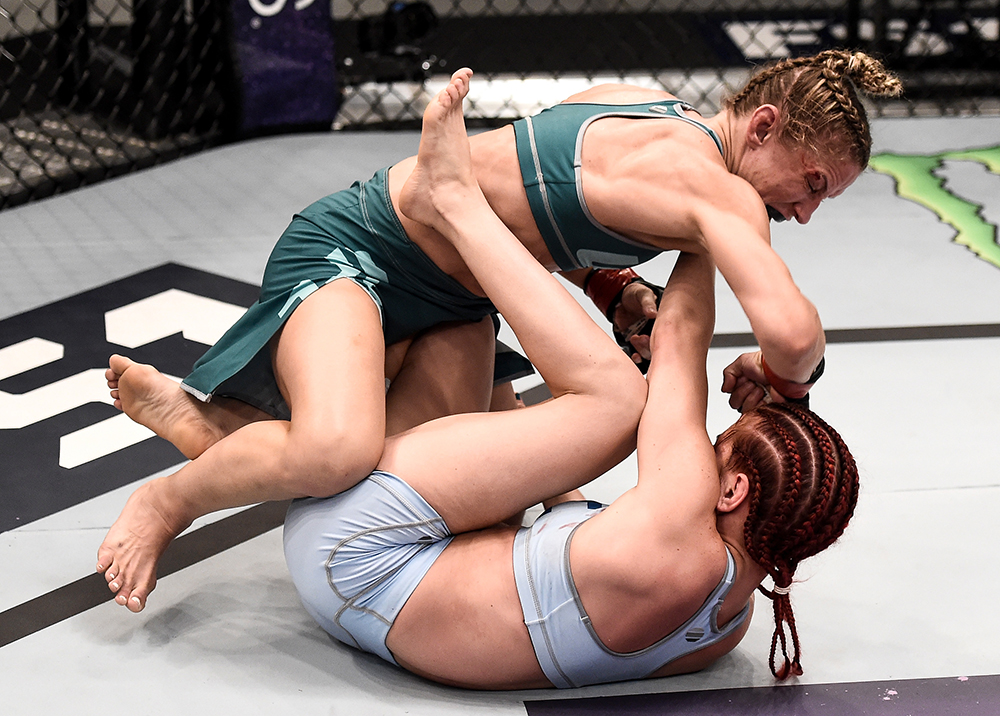 couple of good uppercuts that seem to find a home as Robertson slows down. Honchack immediately pressures forward before grabbing on to a powerful takedown to bring the fight to the ground. Robertson immediately swings her hips and looks for an armbar from the bottom. Robertson is slick and it looks like she might have Honchak in trouble for a moment, but the former Invicta FC champion reverses and ends up on top from side control. Honchak begins raining down stinging punches and elbows from the inside as Robertson attempts to defend from the bottom. Honchak is relentless with her attacks, landing several hard thudding right hands and elbows that are punishing Robertson in the final seconds of the round.

ROUND 2
Honchak opens with strong combinations on the feet but it's Robertson who attempts the first takedown. Unfortunately, Honchak sprawls and immediately transitions to take top control as Robertson concedes to pull guard again. Honchak is on the attack looking for a key lock, but Robertson resists the submission before rolling free and looking to take top control. Robertson can't take over the position as Honchak once again maintains her dominance before moving into mount. Honcheck opens up with a barrage of elbows, bombarding Robertson with a series of hard shots. The referee has finally seen enough and he stops the fight as Honchak hops up in celebration. 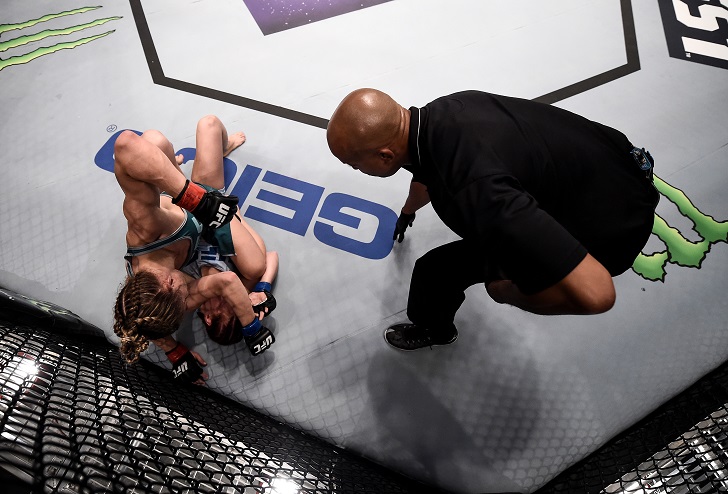 More than two years off didn't seem to slow down Honchak one bit as she cruised to the quarterfinal round of the tournament.

"You see ring rust? Cause I didn't," Honchak said following the dominant victory.

With the win, Honchak moves into the next round as Gaethje gets the next fight selection with only two bouts remaining in the opening round. Gaethje opted for No. 10 overall seed Rachael Ostovich-Berdon to take on theNo. 7 seed from Team Alvarez, Melinda Fabian, to determine the next quarterfinalist.

Will Fabian get past her own mental blocks before going into the fight or can Ostovich-Berdon pull off another upset to earn her way into the next round? It all unfolds on the next episode of The Ultimate Fighter: A New World Champion next Wednesday night at 10pm ET on FS1.