With only two episodes remaining, the semifinal round will kick off this week as The Ultimate Fighter: A New World Champion looks to determine the first fighter who will move on to the live finale to compete for the inaugural UFC women's flyweight title.

What started out as 16 of the best women's flyweights on the planet has now dwindled down to just four, and one of these fighters will soon be called UFC champion.

The first fight taking place in the penultimate episode this week pits No. 2 seed and Team Alvarez fighter Barb Honchak against the upset specialist, No. 14 seed Nicco Montano. 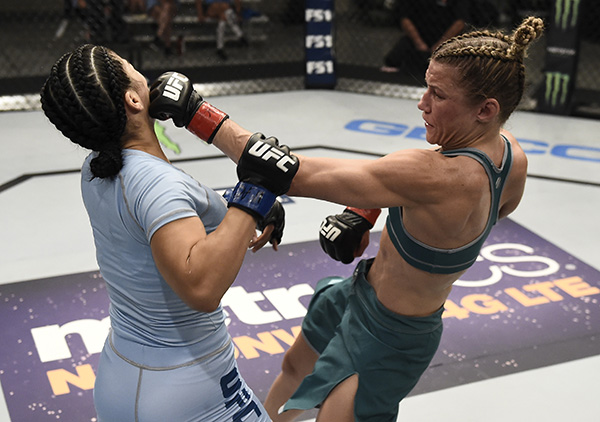 Of course, Honchak making it this far in the competition isn't a surprise, but rather exactly what was expected of her when she joined the tournament. As a former Invicta FC flyweight champion, Honchak had the pedigree to not only make it deep into this tournament, but anything less than claiming the title will be considered a loss.

Honchak took three years off while contemplating her future in the sport of mixed martial arts before getting the call to return to action for this season of The Ultimate Fighter. Thus far, the gamble has paid off as Honchak has not only won her first two fights to get to the semifinals, but she's looked dominant both times without showing an ounce of ring rust. It's even more impressive when considering Honchak entered this tournament with a gigantic target on her back, with every person who faced her undoubtedly wanting to be the one to knock her out of the competition.

Now as she gets ready for this showdown with Montano, Honchak is sharpening her skills for one last fight as she looks to get through this bout and then move on to the live finale in December. It won't be easy, however, because Montano has become one of the most talked about fighters in the entire house thanks to her upset run through the tournament thus far.
RELATED: Watch previous seasons of The Ultimate Fighter on FIGHT PASS | Recap The Last Episode

Montano joined this season of The Ultimate Fighter as the No. 14 overall seed and really an unknown by comparison to fighters like Honchak or Roxanne Modafferi, who had competed on bigger platforms like the UFC or Invicta FC. Still, Montano came from a good team in New Mexico, where she works alongside head coach Tom Vaughn, the same person responsible for training Carlos Condit for much of his career, as well as fellow welterweight striker Tim Means. Of course, all those accolades aside for her coach, Montano certainly wasn't expected to make it this deep in the tournament based on her ranking and record.

That all changed when Montano took out No. 3 seed and UFC veteran Lauren Murphy in her opening round matchup. Facing a fighter like Murphy was a daunting task for a first-round matchup but Montano showed no fear in the fight as she battled throughout both rounds en route to winning a unanimous decision.

For her second round matchup, Montano went from a high-level wrestler to another top-notch grappler in Montana Stewart, who entered the competition as one of the best Brazilian jiu-jitsu practitioners in the house. While Stewart's ground skills were undeniable, Montano once again showed true talent and composure as she used her takedown defense and striking arsenal to notch another win in the women's flyweight tournament. 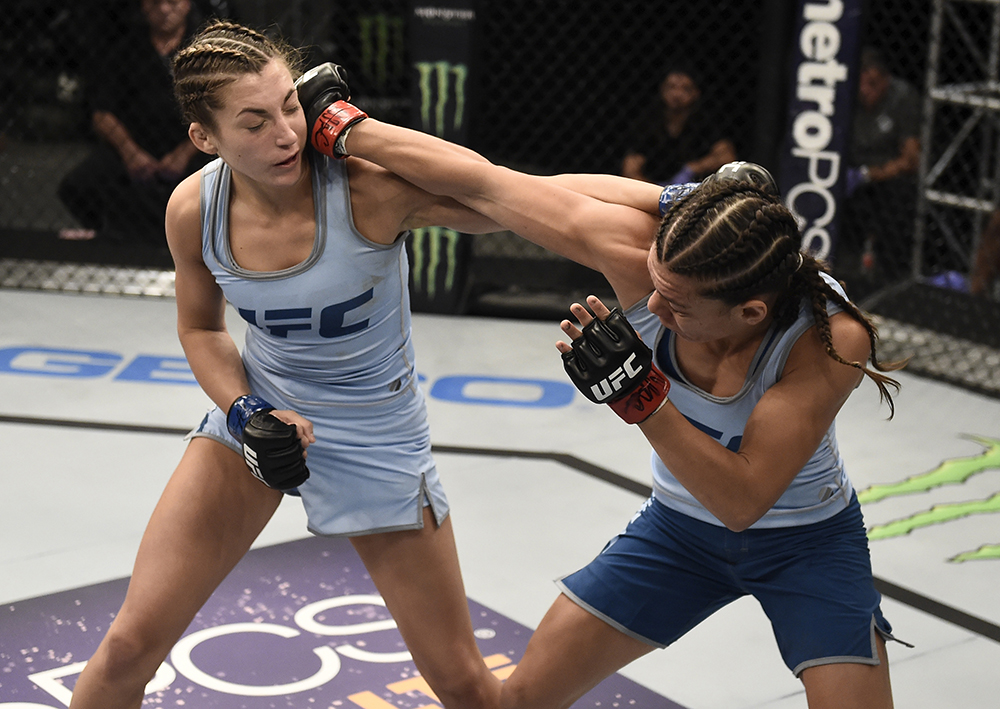 As impressive as those victories have been, Montano knew the toughest test of her career was the one waiting for her this week because Honchak could have easily been the top seed in the tournament and she has a long history of chewing up top-ranked flyweights.

In terms of the matchup, Honchak is best known for her superior wrestling and top game, where she's an absolute bear whenever she lands on top. Honchak's takedowns are very hard to stop and the last place Montano can afford to be in this fight is stuck on the bottom trying to play defense or just doing everything in her power to work back to the feet. Honchak is relentless with her offensive attacks on the ground, so Montano might be wise to spend a big part of her preparation on stuffing the takedown and then resetting the fight in the center of the Octagon.

While Honchak is definitely the better wrestler, Montano is outstanding from the clinch, where she's muscled around pretty much everyone she's faced thus far on the show. Montano doesn't do anything flashy as much as she does everything fundamentally correct while also not minding a good ol’ fashioned slugfest if that's what she needs to do to win.

Montano won't wow anybody with her striking or her overall ground game, but she's definitely dangerous everywhere. Honchak may best be known as a grappler, but Montano is quickly building a reputation as a true “Jack of All Trades” with solid striking, very good defensive wrestling and outstanding work from inside the clinch. It's her clinch work that could play a major factor in this fight because if Honchak can't get the takedown, she may get locked up in that position several times over a possible three rounds. It's there where Montano will look to punish Honchak with elbows and punches until she either gets the finish or she forces the former Invicta FC champion to abandon the takedown altogether.

While the main focus this week will stay on the preparation and fight between Honchak and Montano, the coaches will also have some fun in the new episode as the prank wars begin for the first time this season.

The fighters may have stayed away from pranking each other, but Eddie Alvarez and Justin Gaethje aren't above it, and after nearly six weeks spent together as coaches it's time to blow off some steam with a few light hearted jabs. Of course, as with any prank on The Ultimate Fighter, it turns into a game of one-upmanship, which means Alvarez and Gaethje are going to have it out before stepping into the Octagon together next weekend at UFC 218 in Detroit.

From there, it's all about the first semifinal round matchup between Honchak and Montano.

Can Honchak continue her run through the tournament as the No. 2 overall seed or will Montano once again prove the naysayers wrong by punching her ticket into the first ever UFC women's flyweight championship fight? Find out on the penultimate episode of The Ultimate Fighter: A New World Champion tonight at 10pm ET on FS1.