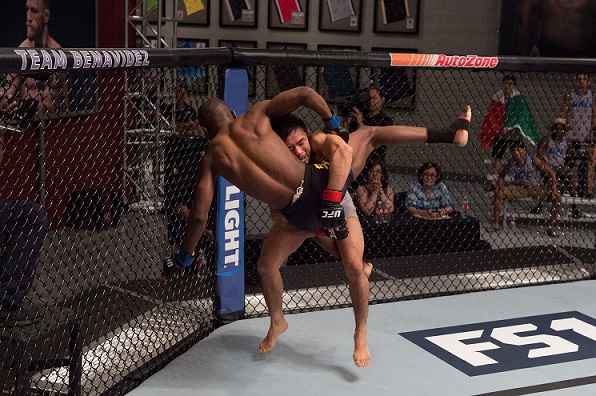 It was a tough week for Team Cejudo after starting the competition with two straight wins, as Team Benavidez got on the board this week after Hiromasa Ogikubo submitted Nkazimulo Zulu with a second-round rear naked choke in the second episode of The Ultimate Fighter.

By the seeding in the tournament, the No. 5-ranked Ogikubo was favored to win the fight against the No. 12-ranked Zulu, but it was a hard fought battle that showed both fighters at their best.

Before the bout got started this week, Zulu faced the wrath of his new housemates after an altercation at the house had some of the fighters rooting for Ogikubo to get the job done once they met in the Octagon. According to some of the flyweights living in the house, Zulu had been at odds with making any friends amongst the other competitors. and that left some people sour to being around him much at all. Those feelings were only compounded after Zulu interrupted Damacio Page cleaning some food at the sink to get some of his own water rather than waiting his turn.

That argument got a little heated as Page told Zulu to back off and just wait until he was finished while the South African champion didn't understand what he did that was so wrong. It's a clash of cultures for certain, but Zulu isn't doing much to endear himself to the other fighters or teammates on the show thus far.
RELATED: Recap Episode 1 | Meet Episode 2's fighters - Nkazimulo Zulu | Hiromasa Ogikubo

Fortunately, when it came time to train, Zulu was more than happy to put all his effort into getting ready for the fight alongside coach Henry Cejudo. It was a perfect match for these two to work together, considering Zulu might be one of the most lethal strikers on the show while Cejudo is a gold medalist in wrestling, which is the biggest area of deficiency for the South African fighter. On the feet, Zulu is a nasty kickboxer with serious knockout power and the kind of overall striking skills that get him comparisons to one of the greatest fighters to ever step foot into the Octagon.

"He's really fun to watch. Some have even compared him to Anderson Silva. His standup is nasty," UFC President Dana White said about Zulu going into the fight this week. 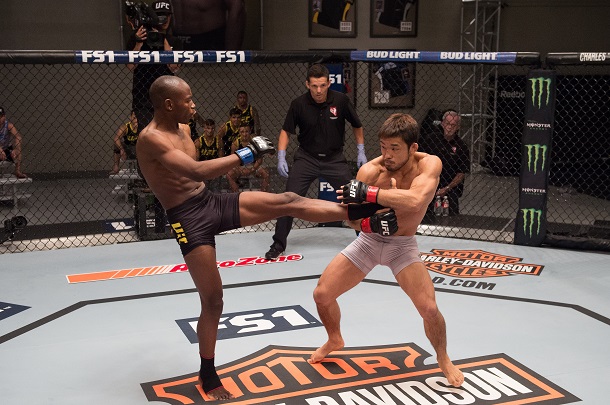 As for Ogikubo, he ran into a bit of a problem at training this week as the language barrier with coach Joseph Benavidez stood as a major hurdle as he tried to get ready for Zulu. Ogikubo came into the competition knowing that his English wasn't great, but he was confident that he could communicate enough to make it through six weeks in the house as well as training with coaches who can't speak his language. Thankfully, Benavidez was able to get through to Ogikubu using the universal fight language on the ground and on the feet. Showing him techniques still worked, even if Ogikubo didn't exactly understand the words coming out of Benavidez's mouth.

One person who understood everything Benavidez was saying this week was fellow coach Henry Cejudo after the two of them got into a verbal altercation ahead of the weigh-ins.

Cejudo decided to tout that his team was up 2-0 in the competition and his big grin just irritated Benavidez to the point where he finally had to fire back. The ensuing argument boiled over as Benavidez accused Cejudo of trying to say all the right things instead of allowing his own personality to shine through. Benavidez mocked the former Olympian for being a cookie cutter spokesperson, who sounded like he was reading directly from a script someone made, called “How to say all the right things.”

"Everything you say, you think you're supposed to say and that's why you say it," Benavidez said to Cejudo.

The two flyweights continued to snipe at each other through the weigh-ins as Ogikubo and Zulu stepped on the scales a day ahead of the battle. This first encounter between Benavidez and Cejudo seems like just the appetizer for what's going to evolve into a very bitter rivalry by the end of the season.

"They hate each other," White said about the coaches.

Once it was time to fight, Ogikubo and Zulu were both confident in getting the job done and moving on to the next round of the tournament. Ogikubo knew going into the fight that he had to look for a ground attack to avoid the potent striking of his opponent, while Zulu wanted a knockout and even predicted that he would finish the fight in the second round. It turns out Zulu was correct about the round, but as it turns out, he didn't get the win.

As the first round started, Zulu looked very comfortable on his feet as he kept Ogikubo at distance with a lightning fast leg kick and a long jab. Despite giving up a lot of experience, Zulu stayed cool and calm during the initial exchanges, but it was only a matter of time before the Japanese flyweight found an opening and dragged the fight to the ground. As it turns out, Ogikubo nearly had to pull guard at first, but then he was able to stay with his takedown attempt before putting Zulu on the mat.

From there, Ogikubo took over and nearly wrapped up a rear naked choke, but to Zulu's credit, he continuously followed his coach's instruction and staved off the submission until the round came to the end. It was a short lived victory, however, as Ogikubo came back with the exact same attack in the second round after planting Zulu on the ground with a big double leg takedown. This time, Ogikubo methodically climbed past Zulu's guard before taking his back, and this time when he locked up the choke, he adjusted his hands so the South African fighter couldn't pry one away as he did in the opening round. 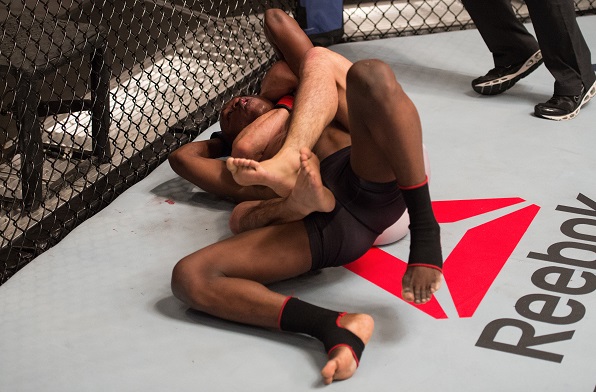 The grimace on Zulu's face was undeniable, and a second later he was tapping out as Ogikubo got the win and moved onto the next round of the tournament.

"I would not have liked to come all this way and go back home a loser," Ogikubo said after the victory.

With the win, Ogikubo moves on and now it's time for the final fight in the opening round on the left side of the bracket, as No. 4 seed from Team Benavidez Damacio Page prepares to face off with No. 13 seed Adam Antolin from Team Cejudo.

Don't miss a minute of the action when The Ultimate Fighter returns next week with a brand new episode as the tournament of champions continues.