The quarterfinals of The Ultimate Fighter 23 are officially underway, and after Alexandre Pantoja got a win over Kai Kara-France a week ago, the next matchup will pit one of Team Benavidez's top picks - Hiromasa Ogikubo - against the upset specialist from Team Cejudo, Adam Antolin.

Ogikubo had a very impressive outing with his victory in the first round over Nkazimulo Zulu while Antolin pulled off a huge win over heavy favorite Damacio Page to punch his ticket into the second round.

Ahead of the fight this week, the fighters will enjoy a little down time at the house, with some of the coaches coming over to cook up some barbecue and relax after a hard fought opening round in the tournament. At this point in the show, nine fighters are going home knowing that they aren't going to get the shot at flyweight champion Demetrious Johnson in December, while seven more still have hope that they could clinch that shot and win a UFC title later this year.
RELATED: Recap last week's episode | Learn more about tonight's fighters - Ogikubo | Antolin

Of course, with the cookout also comes some alcohol, and that never seems to end well on this show. It leads to some strong philosophical debates about what a win on The Ultimate Fighter will do as Tim Elliott and Eric Shelton - both members of Team Benavidez - get into a heated argument after the barbecue is over.

Needless to say, it's a passionate discussion fueled by a few too many drinks and it will definitely test the team bonds made between the fighters this season.

Elsewhere this week, both Ogikubo and Antolin will go through their own rigors as they prepare for the second round matchup in the tournament.

Ogikubo was certainly one of the strongest competitors this season, as he came from Shooto in Japan, where he was a two-division champion. Along with Ronaldo Candido, Ogikubo was one of the strongest grapplers in the competition, with high-level wrestling and world-class submission skills in his arsenal. If there's been one hindrance for Ogikubo so far this season, it's been his inability to communicate with 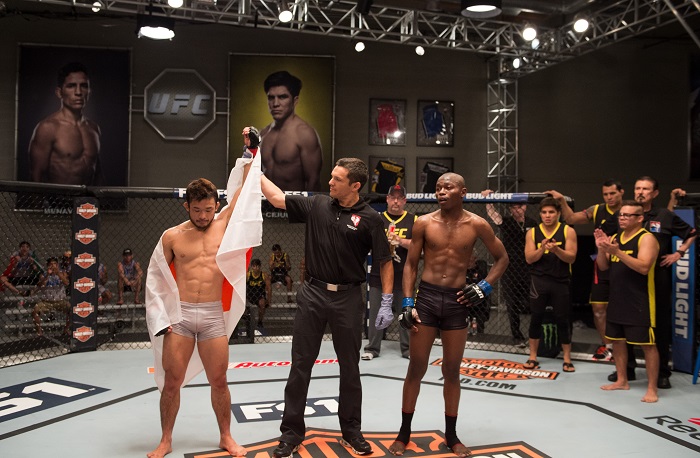 his coaches or teammates.

Coming from Japan, Ogikubo spoke very little English, although head coach Joseph Benavidez remarked how quickly he picked up the moves because fighting is a universal language of sorts to mixed martial artists. Still, it can't be easy on Ogikubo trying to communicate with his peers or his coaches as he prepares for another huge opportunity in his career.

Thankfully, the other fighters on his team have been very patient with Ogikubo as he tries to learn more to communicate with them, but once the fight starts it's hard to imagine that he's going to have the same advantages as his opponent when it comes to corner instructions or advice between rounds with such a difficult language barrier.

The hardships for Antolin this week will revolve around his own body being ready for the second round showdown with the Japanese submission specialist. While Antolin did have to endure some heavy shots from Page in his opening round matchup, it's a combination of the fight and the training that has taken a toll on the American Kickboxing Academy flyweight as he prepares for the next fight.

Fighters suffering through injuries on the show is nothing new, but it's hard to imagine how tough it might be to fight through something like that with so much on the line this season. Following his impressive TKO finish over Page, Antolin has to be one of the dark horse picks to make it all the way to the finals - assuming his body holds up and he can stay healthy enough to get through Ogikubo and still have two more fights to go before he'd earn the shot against Johnson in December.

Yet with this week's matchup being Team Benavidez versus Team Cejudo, Antolin will benefit from some help from his teammate Zulu, who already fought Ogikubo in the opening round. Zulu has been complimented as one of the better strikers in the house this season but he also felt how good Ogikubo is on the ground, and that information could be invaluable to Antolin as he tries to solve the puzzle in the matchup this week. 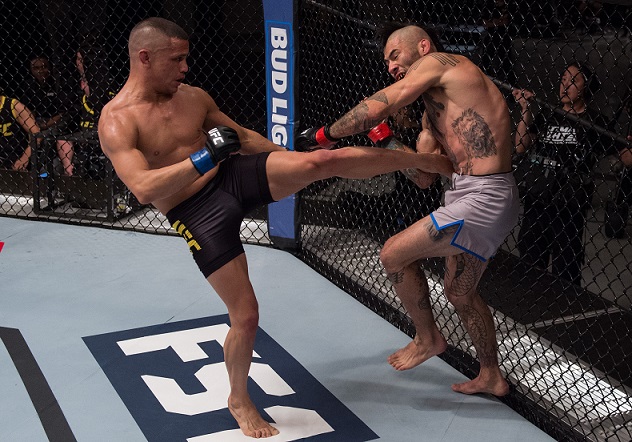 Antolin actually comes from a wrestling background, but showed off some impressive power in his hands and feet with the win over Page a few weeks back. Antolin is a very aggressive and hard-hitting fighter who could throw Ogikubo off his game if he can stuff some early takedowns or potentially counter by using his own wrestling. Antolin probably doesn't want to spend much time on the ground with Ogikubo, but if he could get a takedown and press the fight against the cage, he could earn some valuable points in the judges' eyes.

As far as Ogikubo's plan of attack, there's little doubt that he'll want to get this fight to the mat, where he could potentially smother and submit Antolin. Ogikubo has great grappling, but his wrestling is very underrated, so he could certainly surprise the American with his takedowns and turn this into a ground war, which is exactly what he wants. Ogikubo isn't as proficient on the feet, but he's not a novice either. Ogikubo has solid kicks and a decent enough boxing game that he can endure some exchanges with Antolin, but he has to be aware not to get caught up in a full-on kickboxing brawl because that type of fight will not favor him in the end.

With a fight against No. 1 seed Alexandre Pantoja waiting in the wings, Ogikubo and Antolin will battle it out this week to find out who is the next fighter moving into the semifinal round. Don't miss a minute of it when The Ultimate Fighter returns tonight at 10pm ET on FS1.