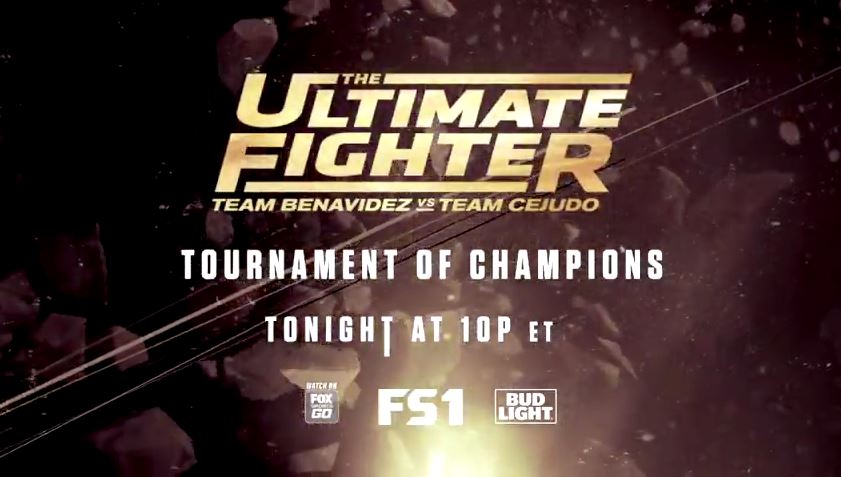 The newest season of The Ultimate Fighter has not disappointed when it comes to action inside the Octagon, with six fights and six finishes thus far in the flyweight tournament to determine the next challenger to Demetrious Johnson's title. Last week, Ronald Candido pulled off an incredible comeback win to submit Jaime Alvarez to tie up the competition between Team Benavidez and Team Cejudo at three wins apiece, as the opening round starts moving towards a conclusion.

This week, in the seventh opening round matchup, No. 6 seed Matt Schnell from Team Cejudo takes on No. 11 seed Matt Rizzo from Team Benavidez.

Schnell is actually the Legacy Fighting Championships interim flyweight champion, a title he won after he was originally supposed to fight Damacio Page for the title until an injury knocked him out of their scheduled bout. Obviously, both Page and Schnell ended up representing Legacy FC in the tournament this season, with one as champion and the other as interim champion. Unfortunately for Page, he's already been eliminated and he's currently nursing a broken hand, so Schnell will look to trump him as he attempts to move into the next round of the tournament.

If Schnell's name sounds familiar outside of his appearance on The Ultimate Fighter, it's probably because he also appeared on a reality show called “Caged” that aired on MTV back in 2012. The show focused on four up and coming mixed martial arts hopefuls, with Schnell among the cast that made it on to the 10-episode series. Following the show, Schnell had aspirations to make his way to the UFC, but things didn't turn out the way he had planned.
RELATED: Recap last week's episode | Meet tonight's fighters - Matt Rizzo | Matt Schnell | Finish streak still alive

While the reality show gave him some notoriety and fame early in his fight career, Schnell also experienced the flipside of that equation - it meant anyone he faced during the early part of his professional career was going to know exactly who he was and they were going to try to expose the reality show contestant inside the cage. So instead of just making his way up the ranks as a young fighter, Schnell grew up with no element of surprise as he stepped into the cage with all his early opponents.

Still, Schnell put together a respectable record, with a 3-2 mark before he buckled down and started to really make a push in his career. Schnell eventually won his next six fights, including his victory to earn him the Legacy FC interim flyweight title, which in turn got him on the show. Add to that, Schnell grew up in Louisiana, and around the time that he was filming "Caged," he also became friends with future UFC lightweight star Dustin Poirier. The two fighters started to train together, but when Poirier moved to Florida to shift his camp to American Top Team, it left Schnell without a home. So a couple years ago, Schnell decided to join Poirier at American Top Team and that's where he's been ever since. Now Schnell is not only training with Poirier, but he also works with fellow castmate Jaime Alvarez as well as top 10-ranked UFC flyweight Kyoji Horiguchi and several other notable stars.

On the other side of the Octagon stands Matt Rizzo, a 30-year old fighter with a 9-2 record who competes in the Ring of Combat promotion in New Jersey. Rizzo is one of the older fighters in the competition, but he knows that this is his best chance to not only get into the UFC but to also potentially challenge for the flyweight title on his first day in the promotion.

Rizzo lives and trains out of a small gym in Pennsylvania called Revolution MMA. Before he found MMA, Rizzo grew up as a wrestler after following in his older brother's footsteps on to the mat. Rizzo first picked up a pair of wrestling shoes when he was four years old, he continued with the sport all the way through college, and that's when he discovered another form of grappling that he soon fell in love with as well - Brazilian jiu-jitsu.

Once Rizzo got hooked on jiu-jitsu, it wasn't long before he was looking at fighting as a possible career. Rizzo ended up turning pro back in 2012 and since that time he's stayed pretty busy with 11 fights over the past four years before getting the call to compete on TUF. His championship comes from Ring of Combat - one of the most well respected and longest running regional promotions in the United States. Fighters like Chris Weidman and Uriah Hall cut their teeth in Ring of Combat, so Rizzo comes from a good promotional lineage before he got the call to join the UFC as part of the new season of the show.

As far as the matchup goes this week, Schnell is probably the more well rounded fighter, but Rizzo potentially has the best overall weapon. Rizzo is a master grappler with a lifetime of wrestling in his back pocket, not to mention a wealth of Brazilian jiu-jitsu knowledge at his disposal as well. Of course, Rizzo is no slouch on the feet, but he has to know that's exactly where Schnell wants to keep this fight. Rizzo has the kind of wrestling that could put Schnell on the mat, looking up at the lights and breathing for air for 10 straight minutes until the fight is over. Of course, Schnell has very fast hands, quick feet and a devastating striking style that could negate Rizzo's grappling. Schnell is also very well versed in submission grappling, so even if Rizzo takes him to the mat, it's not easy sailing for the Pennsylvania native.

As we approach the final two fights of the opening round, can Schnell get the win and put Team Cejudo back in control, or will Rizzo pull off another upset and keep the momentum going from Team Benavidez?

Tune into the latest episode of The Ultimate Fighter at 10pm ET on FS1 to find out.