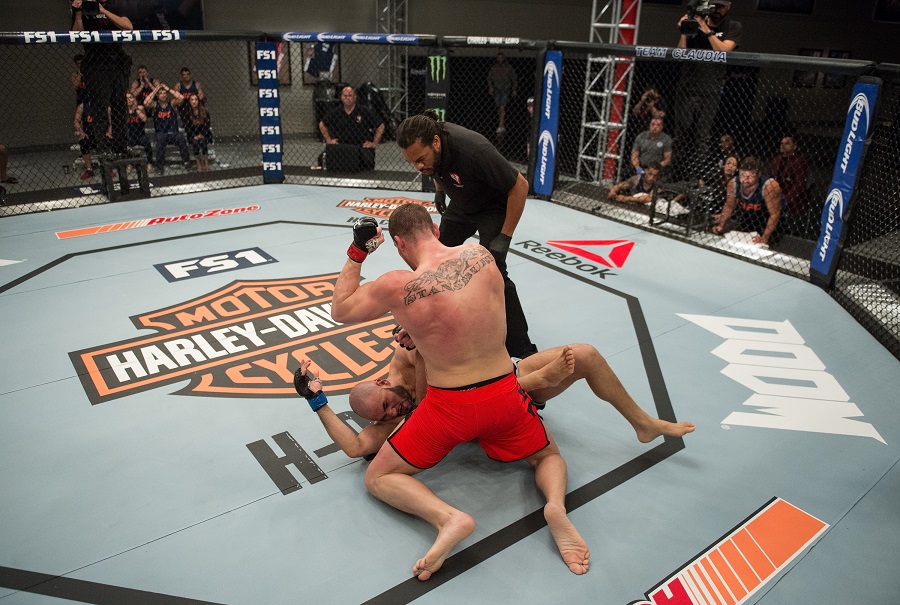 It took seven fights, but Team Joanna finally got on the board this week after Josh Stansbury picked up a majority decision victory over Abdel Medjedoub in the final light heavyweight bout of The Ultimate Fighter’s preliminary round.

It's been a tough road to walk for strawweight champion Joanna Jedrzejczyk all season long, as she's watched her greatest rival, Claudia Gadelha, win fight after fight, and it looked like this might go down as the first clean sweep in the history of the long running show. The good news for Team Joanna is that they won't go down for that infamous honor after Stansbury got the job done with his fight in the latest episode.

Before the fight got started, the focus this week fell on Cory Hendricks and an injury he suffered in training that left him down and out for most of the episode. Hendricks already dealt with his feet being damaged after his fight to get into the house this season, but he gutted it out and picked up a win over Khalil Rountree to give Team Claudia the first win after the show kicked off.

Unfortunately, Hendricks' luck has only gone from bad to worse, as he went from two injured feet to an injured shoulder and neck that kept him from training or even sitting without considerable pain. It got to the point this week where Hendricks could barely function, and the only thing he could do was lay face first on the floor just to alleviate some of the pain he was suffering through.

It was clear that the last thing Hendricks wanted to do was concede to the injury and go see the UFC physician, because that could easily pull him from the competition. The doctors on staff are there for the health and well-being of the fighters, and if Hendricks was injured too severely to continue, he'd have to be pulled and replaced by one of the fighters that were already eliminated.

Rather than visit the doctor right away, Hendricks first called on some alternative medicine therapy in an attempt to at least dull some of the pain he's been feeling from the shoulder injury. Back at the house, Hendricks received a long round of acupuncture, as well as a treatment called "cupping," where suction is localized to an ailing part of the body in hopes that blood will flow to the area to promote healing. The final part of the treatment Hendricks received was called Gua sha, which is the use of a spoon being scraped across the skin in a massage technique.

All told, Hendricks felt better after the treatment than he had all week, but it still wasn’t enough to curb his worst nightmares that the injury could force him out of the competition. So Hendricks was forced to go see the doctor, who gave him a thorough exam and determined that the next course of action would be an MRI. From the sound of things, Hendricks may have suffered some kind of damage to his vertebrae, which would likely knock him out of the tournament if it's something severe enough that it could get even worse from here.

Hendricks won't get the test results until next week's episode, and then we'll find out if he's going to make it into the semifinals or be replaced by one of the light heavyweights already eliminated from the show. 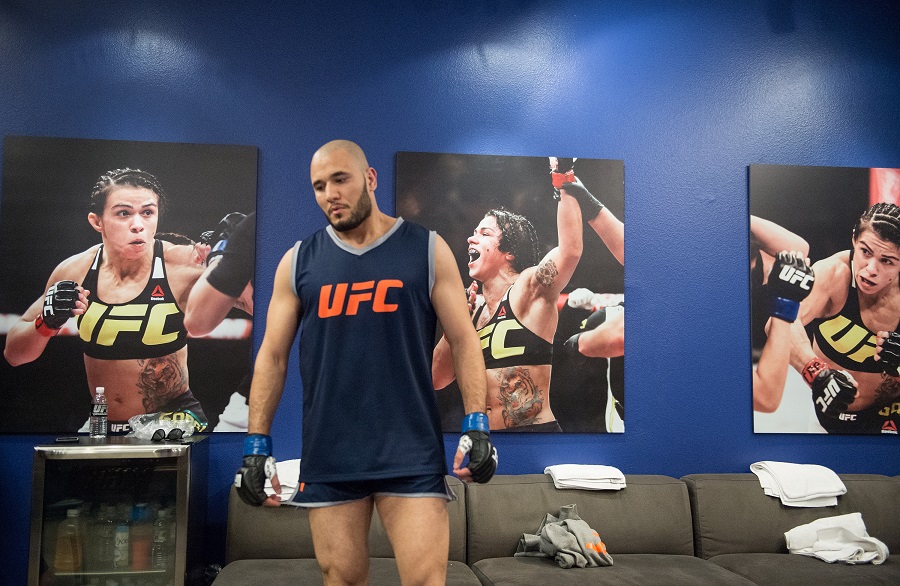 When it came down to the fight this week, both Stansbury and Medjedoub were ultra confident going into the bout after spending plenty of time preparing for this moment. Medjedoub talked multiple times about the promise he made his wife after returning home for a few days that he was going to win the show and make the most of his opportunity. For Stansbury, this has all been about redemption after a broken leg forced him out of The Ultimate Fighter 19 just a couple of years ago.

Heading into the fight, both coaches believed they put together the correct game plans to lead their fighters to victory. As it turns out, neither man really followed the strategy, but it only paid off for Stansbury in the end.

As the fight began, it was Medjedoub who was constantly searching for the clinch and the takedown to put Stansbury on his back. Gadelha continued to scream at him to back away and work on his boxing from a distance, but he refused to listen and instead stayed glued on Stansbury in an attempt to drag the fight to the mat. When the fighters finally separated, it was Stansbury who actually landed the better shots on the feet, constantly popping Medjedoub with his long punches from distance despite his coach asking for a takedown. It was a close first round, but it appeared Stansbury got the better of the few striking exchanges, and it seemed to end in his favor.

The second round saw Medjedoub land his best punches in the opening moments, as he cracked Stansbury with a hard right hand, but then he kept falling back into the same pattern as he looked for the clinch and then the takedown. It finally backfired after one attempted escape as Stansbury fired a head kick that landed flush on Medjedoub's face and sent him crashing to the canvas.

Stansbury followed him to the ground to get the finish and it appeared a couple of times that the referee thought about stopping it, but the bout was allowed to continue until the final horn. Medjedoub survived, but it was clear that Stansbury got the better of him in the second round.

When it was all over, the judges rendered a majority decision, with two judges scoring the fight 20-18 for Stansbury and the third judge giving the fight a 19-19 verdict after two rounds. It was enough for Stansbury to get the win and finally get Team Joanna on the board with their first victory of the season.

With Stansbury's win, it left only one fight remaining in the women's strawweight division, as Team Claudia's Kate Jackson gets ready to face Team Joanna's Ashley Yoder next week. Following the fight, the semifinal matchups will be announced and Hendricks' fate will also be revealed.

Don't miss a second of it as The Ultimate Fighter returns next Wednesday night at 10pm ET on FS1.