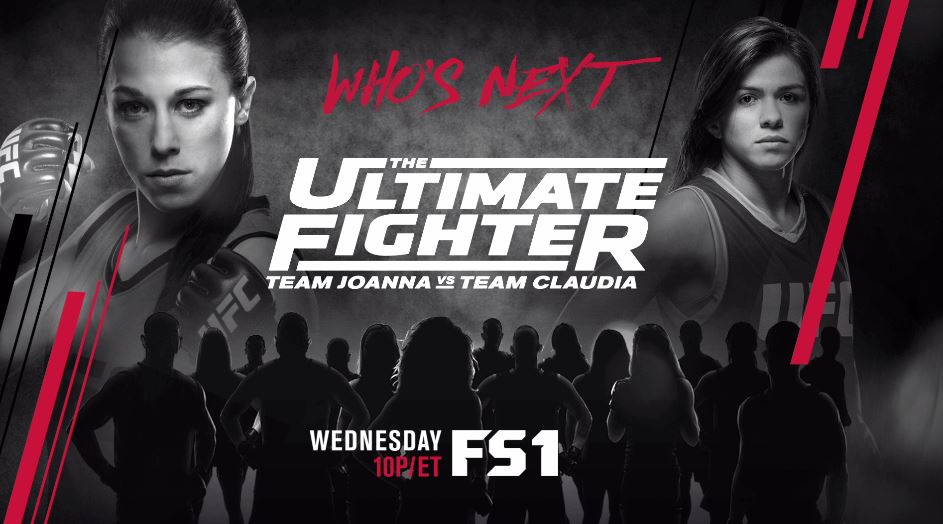 It's been a very tough run through the first few weeks of The Ultimate Fighter, with Team Joanna once again facing defeat last week as Lanchana Green defeated Helen Harper in a three-round war.

It's the closest strawweight champion Joanna Jedrzejczyk has come to victory, with Harper pushing the action to a third, decisive round, but in the end, Green got the job done and put Team Claudia up 4-0 in the competition.

To push her team even further ahead this week, Claudia Gadelha decided to match up her Brazilian Jiu-Jitsu ace Eric Spicely against Elias Urbina, who is the youngest and least experienced member of the house, not to mention the last pick of the entire competition. Urbina is going to have a big hill to climb, but at least he knew what to expect when he joined the show this season.

See, Urbina may only be 3-0 in his professional career, but he's received a lot of advice going into the season from his older brother, former Ultimate Fighter season 19 competitor Hector Urbina. The elder Urbina was part of the season coached by Frankie Edgar and BJ Penn, and he knows the ups and downs of living in the house and competing on the show. Hector Urbina actually lost a back and forth battle with Cathal Pendred during his season, so he undoubtedly gave his little brother some much needed advice as he prepared to join the show this year.

Urbina may be green, but he comes from a family full of fighters, and at 6'5", he's definitely the biggest light heavyweight on the show this season. What he lacks in experience, Urbina will try to make up with heart and determination.

The upcoming episode will also showcase the fallout from last week's intense conversation between Team Claudia member Abdel Medjedoub and his wife back home in Montreal. While fighters aren't allowed any contact with the outside world, Medjedoub's wife called the producers of the show last week and demanded to speak to her husband due to a family emergency. Medjedoub never revealed exactly what went wrong, but he stated that it was all his fault and it's something he'd have to take responsibility for doing or risk his marriage coming to an end.

Throughout their previous conversation, Medjedoub's wife told him numerous times that he needed to come home immediately to deal with their situation or she wouldn't be there when he got home from the competition. Medjedoub was clearly a wreck after the phone call with his wife, and this week will pick up right where things left off.

Medjedoub has to make a decision this week whether he's willing to risk his marriage for the sake of living his dream with the chance to earn a six-figure contract with the UFC or leave it all behind to go home and try to make things right with his wife. It's clearly a decision that tormented Medjedoub a week ago and it's not going to get any easier this week as UFC President Dana White sits down with the Team Claudia light heavyweight and discusses his options.

Will Medjedoub stay on the show or forego his chance to fight in the UFC to return home?

While Medjedoub is dealing with a tumultuous personal life, the rest of Team Claudia is helping Eric Spicely prepare for his fight with Urbina.

Spicely is an undefeated prospect out of Rhode Island who is definitely the best submission fighter in the competition, with a long background in grappling and Brazilian Jiu-Jitsu. Spicely is also fighting on the show to fulfill a promise he made to his girlfriend before she passed away that he would make it to the UFC. Spicely talked about his girlfriend during the elimination round fights to get into the house, but that tragic situation takes center stage this week as he explains exactly what happened and how he lost her almost exactly one year ago.

It's an extremely painful story for Spicely to tell, but it's clear that he wants to win the show as a way to honor her memory while also making it to the UFC just like he promised he would before she was gone.

When it comes down to the fight this week, it's clear that Urbina has a tall order to tackle as he faces Spicely in the latest light heavyweight showdown. In the fights to get into the house, Spicely quickly dispatched Kenneth Bergh with a rear naked choke in the first round while Urbina had to go three hard-fought rounds with Norman Paraisy to earn his spot on the show.

Urbina is a very tall, lean fighter for the light heavyweight division, with solid kicks and a very gritty style. Urbina is still learning to fight tall, which means using his height and reach advantage over smaller opposition. The real key missing for Urbina going into this fight is experience, because he just hasn't had the time to really put together a resume that would make him appear to be a person who could make it all the way to the finals.

That can't be said for Spicely, who is a highly touted prospect with an undefeated record while fighting in some solid regional shows around the United States. Spicely is a ground wizard, so it's clear from the very moment this fight starts that he'll look to drag Urbina to the mat. The key for Urbina could be stuffing those takedowns, and if he can keep Spicely on the feet, this fight shifts dramatically into his favor.

Team Joanna desperately needs a win, and if there's one place where upsets just like this one have happened before, it's on The Ultimate Fighter. Now it's all on Urbina to stop the losing streak and give the strawweight champion her first win as a coach on the show.

Will Urbina get the job done or will Spicely move Team Claudia to a perfect 5-0? Tune in to the new episode of The Ultimate Fighter tonight on FS1 to find out.