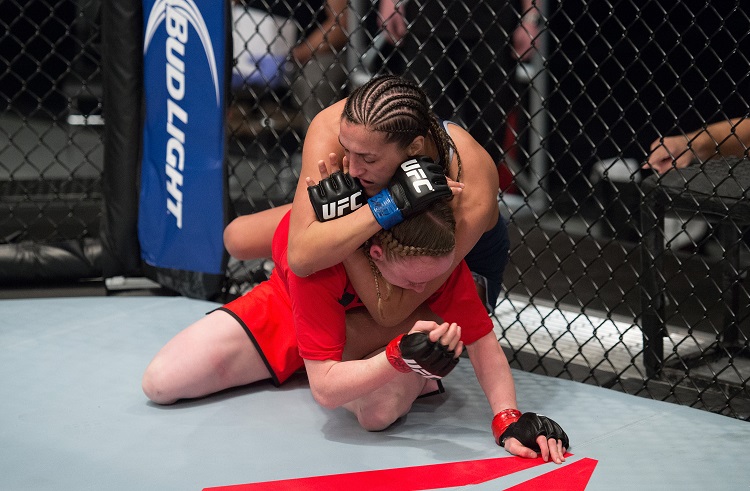 Claudia Gadelha once again selected the right matchup, as her team moved to 2-0 on The Ultimate Fighter thanks to No. 1 pick Tatiana Suarez, who dominated and then finished Joanna Jedrzejczyk's top choice, JJ Aldrich, with a second-round rear naked choke.

Gadelha has enjoyed a lot of success through the early part of the season after Cory Hendricks eliminated Khalil Rountree with a submission in their fight and now Suarez has done the same to Aldrich in the first women's strawweight bout of the tournament.

Before the fighters squared off this week, it was time for the two teams to engage in some hard training and sparring sessions, which only led to more frustration for strawweight competitor Helen Harper.

A week ago, the British 115-pounder was suffering from bronchitis that kept her off the mats and away from her teammates during the initial days of the competition. She got so sick at one point that Harper was forced to go to the hospital to get treated for dehydration. Now after getting healthy enough to train again, Harper suffered an arm injury while rolling with teammate Ashley Yoder.

It happened while defending an armbar from the top, and before Harper could tap, her arm popped and it forced her back to the sidelines. Harper's frustration boiled over, although Jedrzejczyk did her best to console the up and coming fighter as she tried to push through the pain and look at the bigger picture for the competition. Khalil Rountree also did his best to once again raise Harper's spirits by reminding her that she still has a lot left in front of her because she still gets to fight. Harper seemed to react to the goodwill shown to her by teammates and coaches, but now it will be interesting to see if she's on the short list for fighters to pick next if Gadelha remains in control of the fight selection in the competition.

The fight between Suarez and Aldrich wasn't the only one this week because teammates off the show Khalil Rountree and Cory Hendricks also had a score to settle after they faced off in the first fight of the show this season. The two friends had decided before fighting that they would engage in a donut eating competition after their bout, with the loser being forced to endure a full makeover from one of the women in the house.

Everybody in the house seemed to enjoy the competition, although Hendricks certainly didn't seem to enjoy things once it was over. The winner was determined by whoever could plow through 12 donuts in the least amount of time. As it turns out, Hendricks never stood a chance.

Rountree blasted through those dozen donuts like his nickname was Kobayashi, while Hendricks was left moaning from eating enough sugar and dough to make him regret this idea for a long time to come. That wasn't the worst of his punishment, however, as Hendricks then had to endure a makeover courtesy of Amanda Cooper, who gave him the works.

Hendricks ended up with enough makeup on his face that he looked like he was about to take part in a second-rate beauty pageant, except he wasn't going to win any prizes. He completed the outfit with a sports bra and a side of humiliation when it was all over.

"It was a mistake because Khalil's a former fat kid and can really put away some donuts," Hendricks said after losing the eating contest.

"I won the fight, he won the donut eating contest, so we've got to figure out who the real winner is because right now I don't feel like it."

Once Hendricks and Rountree finished eating, it was time for Suarez and Aldrich to do battle in the Octagon. UFC welterweight champion Robbie Lawler and Hall of Famer Matt Hughes even stopped by to enjoy the bout as Suarez looked to put her team up 2-0 in the competition. 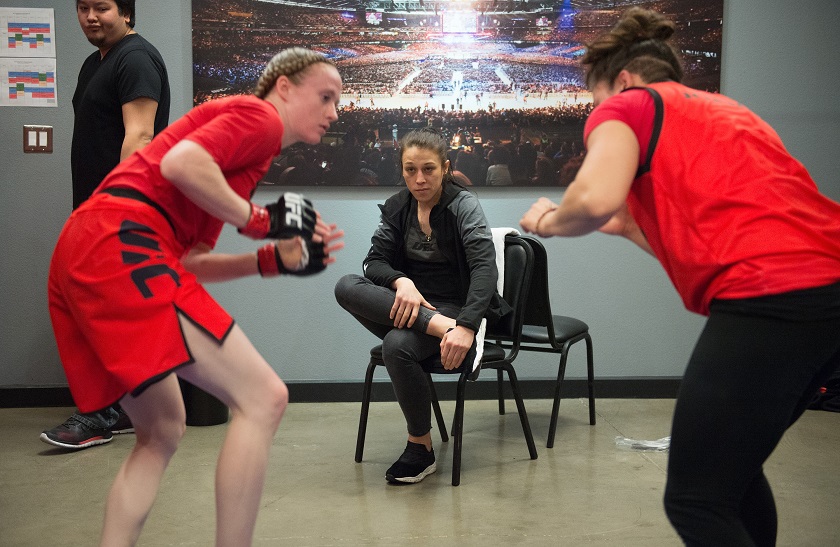 From the very start of the fight, it was clear that Suarez wanted Aldrich on the ground and it was going to be awfully hard to stop her. Suarez planted Aldrich on the mat early, although the Team Joanna fighter scrambled and made her way back to the feet in a hurry. It was a short-lived victory, however, because Suarez then got her grip under Aldrich's butt and lifted her into the air before slamming them both back to the ground.

It was all Suarez from there as she continued to pressure Aldrich on the mat with a series of submission attempts. From a rear naked choke to a D'arce choke to a guillotine choke, Suarez was unrelenting with her attacks while Aldrich could do nothing but defend and wait until the end of the round to escape.

The second round was much of the same as Suarez once again put Aldrich on the defensive almost immediately before putting her back on the ground. Suarez made a mistake in round one when she went for a rear naked choke without securing both of her legs around Aldrich before fishing her arms around the neck to get the finish. This time around, Suarez made the adjustment with her arms under the chin and the second leg wrapped around Aldrich's body to secure the choke. A second later, Aldrich had no choice but to tap out as Suarez celebrated the victory.

Gadelha quickly climbed into the Octagon to enjoy the moment with her fighter while Jedrzejczyk could only look dejected as her team dropped the second straight bout this season.

"I have my eyes on the prize," Suarez said after the win. 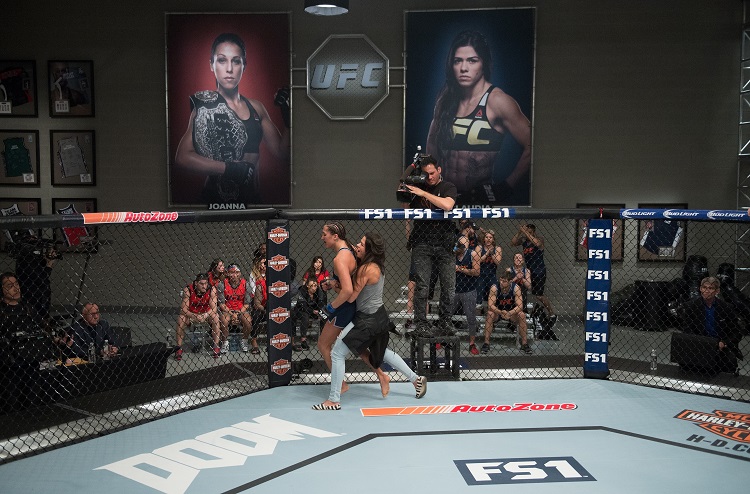 With control still in her corner, Gadelha moved back to the men's light heavyweight division by selecting Andrew Sanchez from her team to face heavy-handed striker Myron Dennis from Team Joanna. Sanchez was surprising with his performance to get into the house while defeating a highly touted prospect while Dennis looked impressive with a thunderous knockout to get things started on his side.

Now it's up to Dennis to stop the bleeding and get Team Joanna on the board, but Sanchez would love to hand them another loss while Team Claudia looks to go 3-0 on the season and put the strawweight champion in a tough position moving forward.