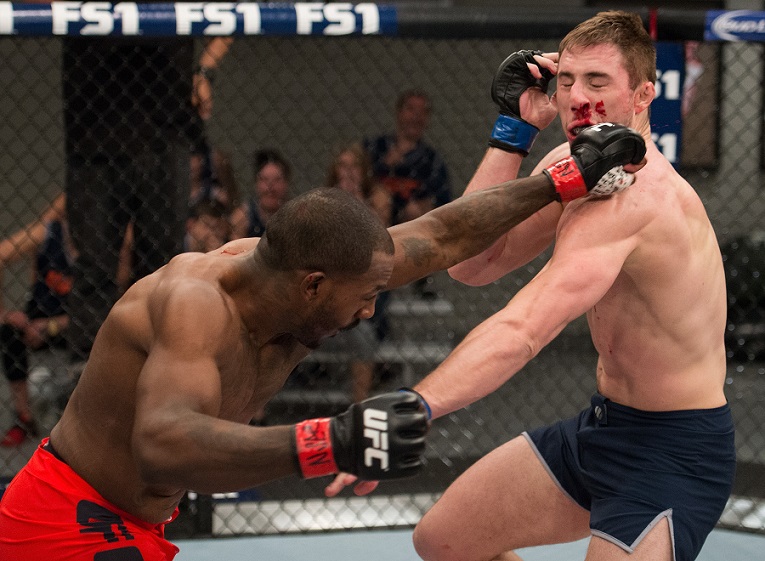 Following 16 fights to determine this year's cast for The Ultimate Fighter, it was time to move into the house and begin preparations for the first bout of the season pitting pre-show teammates Cory Hendricks and Khalil Rountree against each other.

Hendricks had a three-round battle to earn his spot on the show, while Rountree ended his fight with one of the most vicious finishes in series history after he blasted his opponent with a pair of body kicks on the ground that absolutely crippled him. After the two fighters were selected on different teams, coach Joanna Jedrzejczyk decided to match them up together without even knowing they were teammates.

In fact, Jedrzejczyk's reason behind the matchup came down to Hendricks suffering a foot injury in his elimination round fight, and that made him a prime candidate to get picked off early by one of her top picks in Rountree.

Before the fighters stepped into the Octagon, it was the first time for the competitors to discover the house they would live in for the next six weeks. This is only the second time in show history where the cast has been co-ed, as the light heavyweight men will live with their strawweight counterparts from the women’s division.
RELATED CONTENT: Ep. 2 Fighter Blogs - Eric Spicely | Amanda Cooper | Ep. 1 Additional Scene

The determination of space in the house ultimately ends with Abdel Medjedoub as the odd man out after he's the last person to get a room and he's stuck with three of the female competitors in the house. As a devout Muslim and a married man, Medjedoub is obviously not too keen on the idea of living with three other women for six weeks during the show and it looked like no one as volunteering to take his spot. Finally, it was Hendricks who opted to give up his spot to Medjedoub.

When it comes down to training this season, both Jedrzejczyk and fellow coach Claudia Gadelha have similar approaches to the teams. Because the men this season all weigh 205 pounds, it's going to be awfully hard to match them up with the strawweight women, who all weigh somewhere in the neighborhood of 115 pounds. Gadelha actually decides to separate her team into two parts, with two of her coaches working with the men and two of the other coaches working with the women, while she oversees everything from the sidelines.

"The guys are too big, the girls are too small," Gadelha said.

Of course, while the fighters are still the focus this season, it didn't take long for the chirping between Jedrzejcyk and Galdelha to start and it happened a couple of times in the second episode.

The first altercation happened after Gadelha's team finished a training session, and before she could leave the gym, she ran directly into Jedrzejczyk, who was just walking in to start working with her team. Jedrzejczyk was very confrontational, getting in Gadelha's face immediately and telling her that she needed to respect the champion more.

Gadelha didn't back down an inch as she stood nose-to-nose with the women's strawweight champion until the bumping back and forth finally resulted in the Brazilian challenger pushing Jedrzejczyk away before the fighters and assistant coaches finally intervened.

"I don't like the way she tries to bully people," Gadelha said.

The second run-in happened just before the weigh-ins, after Jedrzejczyk brought her title to work to show it off to the top-ranked contender. Jedrzejczyk even managed to talk trash to Gadelha's boxing coach and it sounded like a good idea at the time until we all found out that he doesn't speak a word of English. The fact that Jedrzejczyk was saying anything to him at all perturbed Gadelha, who once again stepped in to begin a war of words with the champion.

This time, the subject turned to the first fight Jedrzejczyk and Gadelha had in 2014 that saw the current strawweight champion eke out a very close split decision victory. Jedrzejczyk loves to tout her victory whenever she's around Gadelha, and the top-rated Brazilian challenger fired back in kind, believing the judges made the wrong call that night.

"When you fought me, you didn't win and you know that," Gadelha said to Jedrzejczyk

If these first two exchanges are any indication, Jedrzejczyk and Gadelha are going to be at each other's throats from now until the end of the season.

Once the drama between the two coaches finally settles down, it's time to focus on the fight, as Rountree and Hendricks prepare to do battle to see which one of them will move on to the second round of the competition. As training partners, Rountree and Hendricks know each other better than probably anybody else on the show, so neither was surprised at what the other did well in the Octagon. 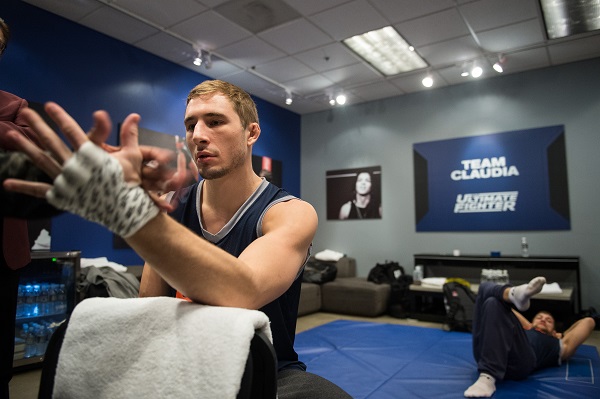 Rountree is a vicious striker with knockout power, while Hendricks is a more well rounded fighter who tapped out his first three opponents with chokes on the ground. Hendricks also likes a high powered kicking game, but an injured foot from his first fight to get into the house certainly hampered him from unleashing too many of them against Rountree. The good news is that Hendricks didn't suffer a broken foot, as first suspected, so rest and recovery were key in his return to action just six days later for the fight with Rountree.

From the very start of the fight, it was clear Rountree was looking for the knockout as he stepped into every one of his punches with deadly intentions. He nailed Hendricks with a few hard shots early and it had him diving for takedowns to get the fight to the ground. Rountree was able to avoid Hendricks' wrestling early, but a scramble ensued during one exchange and the result was both fighters going to the mat.

Unfortunately for Rountree, it was Hendricks who took advantage of the position by taking the back and looking to lock in the rear naked choke. Hendricks was very methodical and precise as he first got the correct position to hold on to Rountree's body so he couldn't wiggle free and then he started to wrap the arms around the head looking for the choke. Rountree tried his best to survive, but once Hendricks got the choke locked on, that's all she wrote.

Hendricks pulls out a gutsy win while giving control of the fight selection back to Claudia Gadelha after only one week. 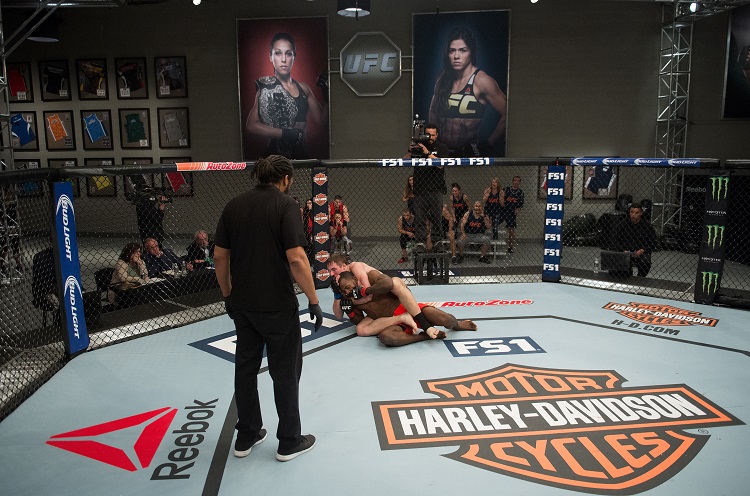 Now that she's in charge of picking the fights, Gadelha will move to the women's strawweight division, but immediately notes that she won't select Helen Harper, who went to the hospital just a few nights earlier dealing with bronchitis and dehydration. Instead, Gadelha goes with her top pick Tatiana Suarez, as she faces JJ Aldrich from Team Joanna.

The stage is set for the first strawweight fight of the season and Gadelha looks to take complete control with her latest fight selection. Can Team Joanna find answers to get her team back on the winning track or will Gadelha continue to beat the champion as the women's fights get underway?

Tune in to the next episode of The Ultimate Fighter: Team Joanna vs. Team Claudia to find out.