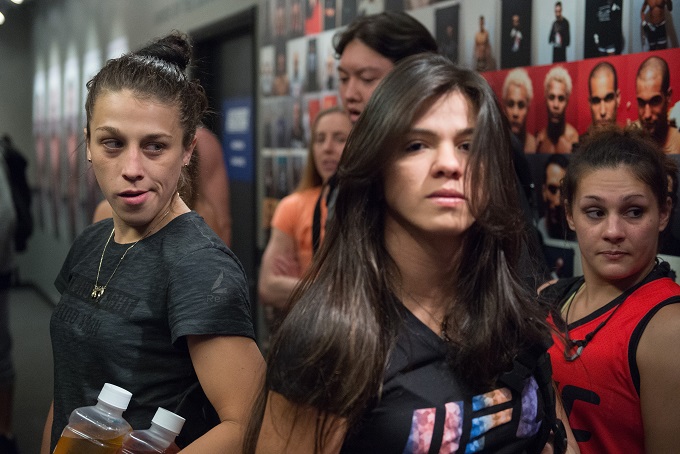 It all comes down to this, the final two semifinal fights to determine the finalists for this season of The Ultimate Fighter in the light heavyweight and women's strawweight divisions. It's been a season filled with intense competition and a lot of disdain shared between the two coaches, as strawweight champion Joanna Jedrzejczyk and top contender Claudia Gadelha went head-to-head with their teams.

In the end, Gadelha won the overall competition with seven of her eight fighters making it through to the next round, but unfortunately an injury to Cory Hendricks forced him out of the competition a week ago and that allowed Team Joanna fighter Khalil Rountree to sneak back into the tournament, where he now faces training partner Josh Stansbury. That means no matter what happens in this semifinal fight, Jedrzejczyk is guaranteed to get at least one of her fighters into the finals, where the winner of Rountree-Stansbury will face Team Claudia's Andrew Sanchez, who already punched his ticket two weeks ago.
RELATED CONTENT: All-new tonight at 10pm/7pm ETPT on FS1! | Recap last week's episode

On the women's side of the bracket, top pick Tatiana Suarez will look to keep her dominant streak alive as she faces veteran British competitor Kate Jackson. Suarez has looked largely unstoppable through her first two fights thus far this season, but Jackson has a wealth of experience under her belt, including a past bout against Jedrzejczyk.

That kind of experience will come in very handy as Jackson takes on a powerhouse like Suarez, who is a beast on the ground and by far the best wrestler in the entire competition. At one time, Suarez was ranked as one of the best female wrestlers in the world, but a bout with cancer derailed her hopes to one day become an Olympic gold medalist and it nearly shattered her athletic dreams altogether. Suarez fought her toughest battle outside the cage to beat cancer, but once she defeated the deadly disease, her focus turned back to the sports career she never got to finish in the Olympics. 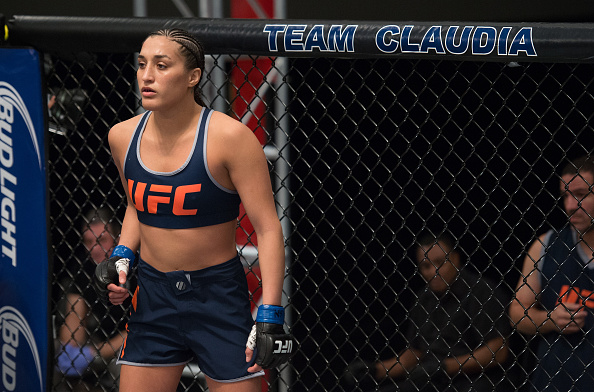 While her wrestling days were over, Suarez quickly decided to make the move to mixed martial arts and her training yielded immediate results. Like so many great wrestlers in the past like Mark Coleman, Randy Couture, Dan Henderson and Daniel Cormier, Suarez found out in a hurry that she was built to be a fighter and she mauled the competition through the early part of her career. Now with a little more seasoning under head coach Claudia Gadelha and the knowledge she's gained on the show, Suarez not only looks like the kind of competitor who could become the champion of The Ultimate Fighter, but she has the chops to potentially one day challenge for the title.

Before she can book her flight to Las Vegas for the finale on July 8, Suarez first has to get past Jackson, who might not have any one area where she's as strong as her opponent, but she's got a well-rounded skill set ahead of this semifinal bout. Jackson is a strong striker with a good ground game, but above anything else, she's tough as nails and that kind of will and determination can't be taught.

On the other side of the bracket stands teammates and friends Khalil Rountree and Josh Stansbury.

When the show started, Rountree looked like an early favorite to walk through the competition and make it to the finals, but instead he was forced to face his good friend Cory Hendricks in the opening round, where he was eliminated by submission. Now for Rountree to find some redemption, he's going to have to go through another teammate in Stansbury, who has been his primary training partner throughout the competition. Rountree didn't seem all that thrilled that he'd have to fight Stansbury this week, but he has to know second chances don't come around every day, much less another shot on The Ultimate Fighter.

Rountree is a very explosive striker with nasty kicks and very heavy hands, but Stansbury has extremely underrated wrestling and he can take this fight to the ground at any time, which negates anybody's striking in a hurry. Despite Stansbury's wrestling prowess, Rountree needs to plant his kicks and throw caution to the wind as much as he can to put on a show that will not only impress UFC President Dana White, but also show that he's going to make the most of this second opportunity in the competition. Bar none, Rountree has the skills to join the UFC roster, but can he pull the trigger against another friend and teammate?

In a way, Stansbury is in the same situation considering he fell out of The Ultimate Fighter season 19 due to injury after dominating his elimination round matchup against Chris Fields. Stansbury has already redeemed himself in many ways with two wins already in the competition, but capping it off with a victory over Rountreee and an invitation to the finale would be the perfect way to launch his UFC career.

And once Suarez faces Jackson and Stansbury deals with Rountree, the two coaches will finally step into the Octagon for an epic faceoff that might be one of the tensest moments of the entire season.

There's little doubt that Jedrzejczyk and Gadelha share a serious disdain for one another, but the bad blood between these two competitors is unlike almost any rivalry in the UFC today. Jedrzejczyk is known for her very intense staredowns already, but Gadelha has been itching for this rematch ever since she lost their first fight by a very close, controversial decision.

Between the two fights and the faceoff between the coaches, the season finale of The Ultimate Fighter is a can't miss hour of television and it all kicks off this Wednesday night at 10pm ET on FS1. Then two days later, the finalists, as well as the coaches, face off on the live finale, also on FS1.