UFC.com sat down with Ultimate Fighter 19 semifinalist Patrick Walsh to discuss his experience on the show. 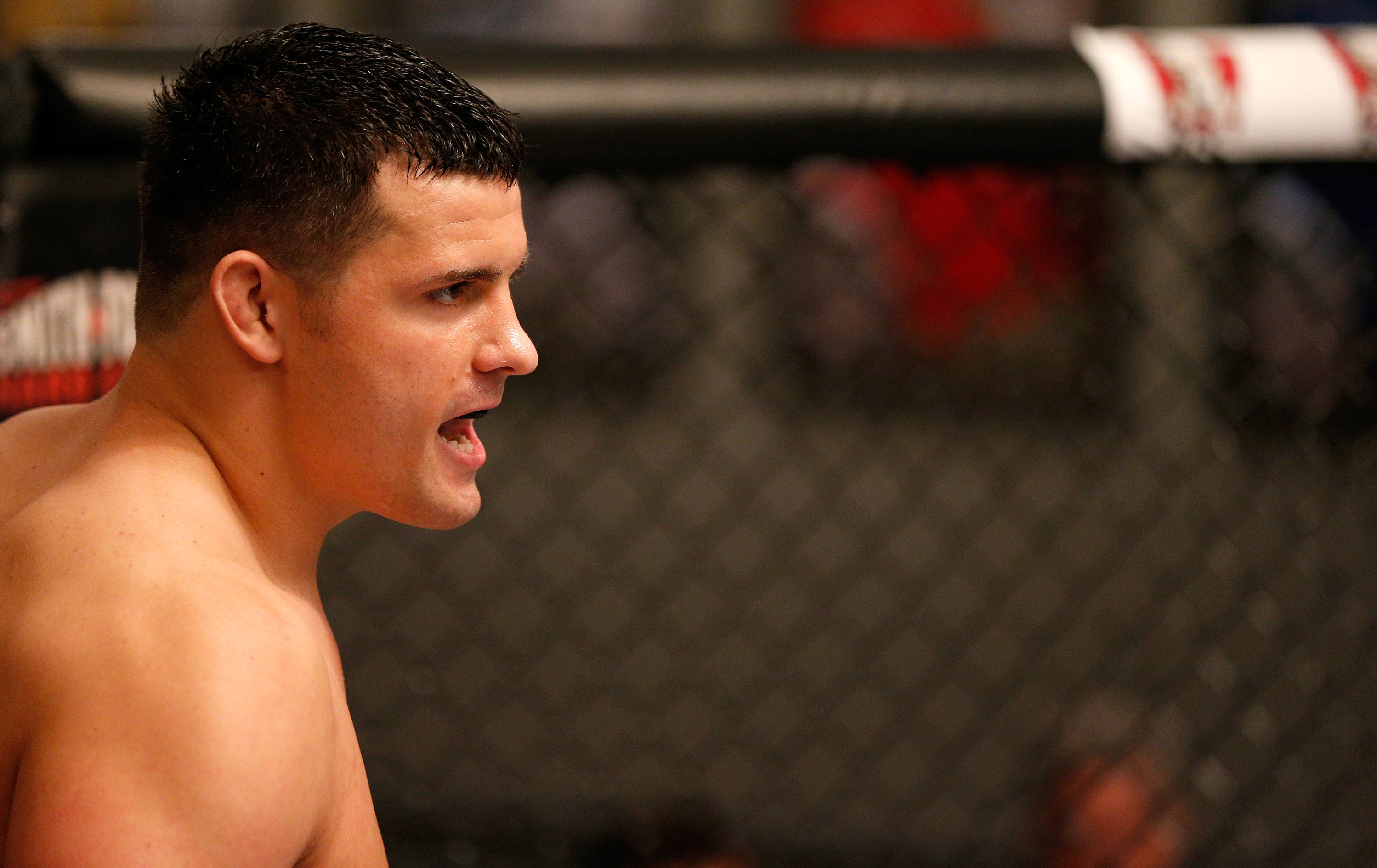 How did you get your start in MMA?

I finished college and my wrestling coach had a couple of guys he was working with. I wanted to come back and get into to shape but always wanted to fight anyway, so I went there to help him for a fight. I went to see him fight, he killed it, the guys we were training with killed it, they all won ,and I was beating those guys up with just my wrestling. So I figured this was something I enjoyed doing and I wanted to keep doing.

Tell us about your first fight...

My first MMA fight was about a month after I got back with my wrestling coach. I was athletic and I already had wrestling, so they just threw me in there. I fought a boxer, I didn’t want to take him down, I wanted to out-box him even though I didn’t know much boxing. I chased him around, I swung hard, and he ended up breaking my nose, and that’s what I decided to take him down and pound him out. It was a real good fight, good learning experience. I learned you can’t be one dimensional.


How would you describe your fighting style?

A little bit of brawling. I’m leading with my face, I’m moving forward, and I’m always pushing the pace. I never want to put on a boring fight, so I’m always trying to pick you up, slam you, or knock you out. My father told me, ‘it doesn’t matter what you do, be the best at it.” He grew up as a commercial fisherman, he worked his butt off for what he has, and he instilled that same work ethic in me. I’m just blessed I can go out there and compete.

They’re supportive, they love it. I don’t think they expected me to be able to make a living out of it and they were concerned because I was engulfing myself in it. But they’re completely supportive of everything I do.

Training. I am around the best coaches in the world. I would never have a reason to work out with Frankie if it wasn’t for the Ultimate Fighter. The best jits coach, great boxing coach. I wouldn’t have all that around me two sessions a day. So it had to be the coaching staff that made it worth it.

Funniest in the house?

I would say Ali (Team Edgar coach Ali Abdel-Aziz ). Ali was hilarious. He just had a very interesting personality. He was almost the most immature person, and we really got to laugh at the relationship he had with Frankie because he would almost treat him like a kid. It was a hilarious situation.

I loved it. I didn’t grow up religious but I do have faith. It was very nice to have that aspect of my life in the house and to share it with everyone on Sunday.

Johny Hendricks vs. GSP. I had just met Johny Hendricks and he had a great gameplan. GSP was always someone I had looked up to and kinda of watch. I was convinced Johny was going to win, but it was shocking when he lost.